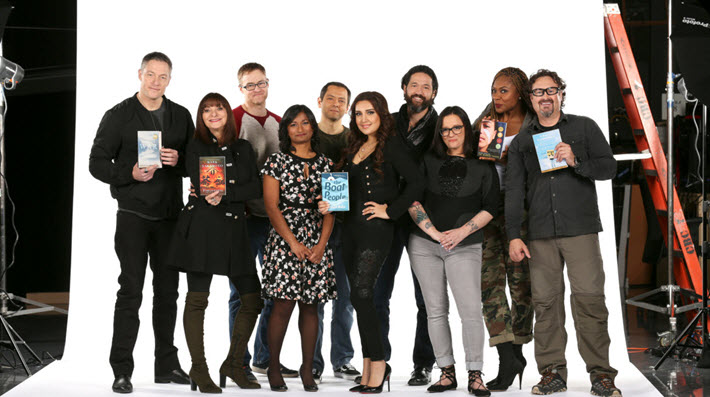 The CBC Books production ‘Canada Reads’ 2018 airs next week, hosted by Ali Hassan. Available on radio, the Internet, and television, the program could be a model for many world markets looking to reach readers through media channels. 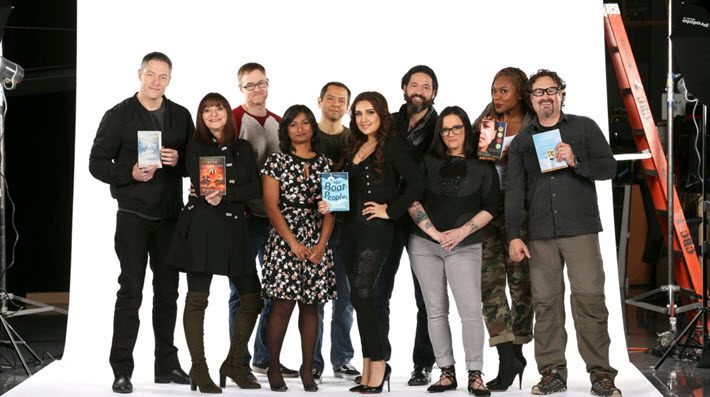 ‘A Driver of Book Sales’

The program designed “to get a whole country to read together,” Canada Reads, will air live next week on CBC, Monday through Thursday (March 26 through 29), televising a week of debates that bring months of planning and promotion to a conclusion.

As we detailed last month, this year’s theme, A Book To Open Your Eyes, invites readers and viewers to join the conversation. And in the process, it generates book sales and expands readership.

It’s a multifaceted, cross-media project involving longlists, shortlists, panelists, a studio audience, and events leading up to four days of debates and the selection of a single book, engaging the national Canadian audience in a united experience in reading and literature.

This year’s author-contenders and the celebrities who will defend their writings in the week’s live broadcasts are:

And to prepare for the coming week of special programming, Publishing Perspectives has spoken with Tara Mora, executive producer with CBC (Canadian Broadcasting Corporation) Books and Literary Partnerships, to learn more about how the television and reading combination works for book discovery and promotion—and how the lists are developed and panelists chosen.

As you’ll see, an undertaking at this scale is no mean feat. 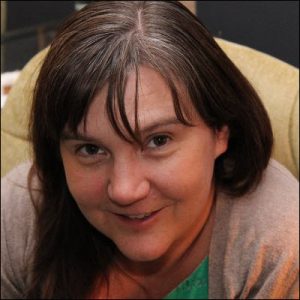 Tara Mora: While Canada Reads does air on CBC-TV, it’s much more than a television show. It’s broadcast live-to-air on CBC Radio One, available live online at CBC.ca, Facebook, and YouTube, and then it airs later the same day on television.

We’re certainly regarded as a driver of book sales in Canada. A piece in … the Globe and Mail said: ‘With the exception of the Giller Prize and CBC’s literary debate competition, Canada Reads, winning an award doesn’t necessarily guarantee an author a place on the bestseller list.”

Publishing Perspectives: How are the panelists—the media personalities who serve as book advocates—selected?

TM: We start with a giant list of prominent Canadians, then we reach out to a long list to see who might be interested. From there, we have a conversation about books to get a sense of each person as a reader and as a debater. Then we narrow it down to five people who we feel have a diversity of perspectives in as many ways as possible–because difference makes the debates more interesting.

That can mean gender, race, geography, politics, etcetera, but also we really look at reading preferences in that mix. We never want to bring together five people who have similar profiles as readers.

PP: Over the years it looks like you’ve included a wider variety of celebrities and well-known Canadians (beyond writers, for example): is this to broaden the audience, and has this approach been successful?

PP: And then how are the longlisted and shortlisted books and authors decided?

TM: Once we have the panelists, the matchmaking begins. The book process really is like matchmaking, where we’re offering suggestions based on a person’s preferences, while always being mindful of including a range of authors and publishers. Sometimes a panelist will come to the show with a book in mind, but usually it’s a process of narrowing it down until we find that special connection.

The longlist is made after the fact and includes books that were given serious consideration. It’s a way of kicking off the Canada Reads season, building anticipation and highlighting more books than we can include in the show.

The shortlist, which Publishing Perspectives reported on last month, includes three novels and two memoirs. And Canada Reads is unique among literary prizes for its transparency.

In a way, viewers get a peek behind the curtain as the celebrity panelists reveal their reading process—their reservations about a book’s appropriateness to the theme or its ability to move them.

They also disclose their reasons for voting a book off the list. Seeing this process happen live, streamed or on TV, can lend immediacy and gravity to the occasion. It’s not taken lightly. For example, you can catch the tone of the discussion on display here in the 2017 Day 1 debate [44:50] in which panelists prepared to vote the first book off the list.

This year’s season kicked off when the longlist was announced on January 5, drawing publishers and authors into the conversation.

Cormorant Books: ‘All Five on the Bestseller Lists’

Cormorant Books’ Marc Cote, publisher of Cherie Dimaline’s The Marrow Thieves, gives us an insight into what it means for a publisher to have a book on the shortlist and how Canada Reads drives sales. 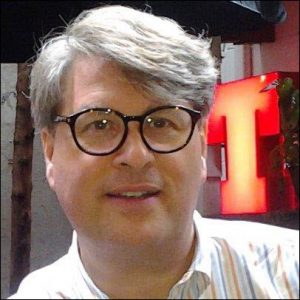 “Cormorant has had a number of books on the Canada Reads longlist,” he says, “which precedes the final five, and in 2005, Volkswagen Blues was a selected title.

“But the sales generated just by Canada Reads are hard to separate out from the sales The Marrow Thieves was already achieving,”: he says. “It won the Governor General’s Literary Award and the Kirkus Prize at the beginning of November last year and was on the CBC’s bestseller list for the last seven weeks of 2017, often topping that chart. So it’s safe to say, we had a solid base to build on when we learned the good news about Canada Reads.

“The independent booksellers have championed The Marrow Thieves from the day it was nominated for the Governor General’s Literary Award. They’ve been hand-selling the book and are entirely responsible for the book’s appearance on the CBC bestseller list. When the major book retailer got on board, after the Canada Reads announcement, that’s what propelled the book to the number three spot on today’s Globe and Mail Canadian bestseller list.”

In an interesting development three of the shortlisted five titles in this year’s Canada Reads are from Penguin Random House Canada. 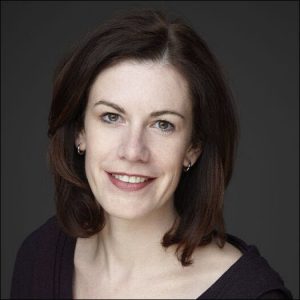 And with the viewpoint, then, of one of the major publishers operating in Canada today, Kristin Cochrane, president and publisher of PRH Canada, tells Publishing Perspectives, says, “Canada Reads brings an incredible amount of attention to the shortlisted books featured in the debates.

“These five writers benefit enormously from the added exposure for their work, and the corresponding sales for the books show just how closely Canadian readers follow the selections.

“We’re thrilled to have three books in the running this year, reflecting the breadth and depth of our publishing.  All of us at Penguin Random House Canada are very proud to be working with Sharon Bala, Omar El Akkad and Craig Davidson to support all that the CBC is doing to promote their books The Boat People, American War and Precious Cargo for Canada Reads this year.” 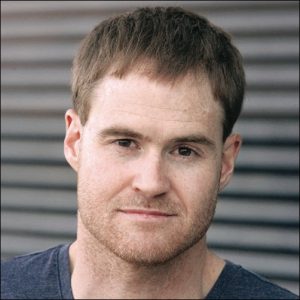 And finally, from some of this year’s authors, whose work and efforts form the show’s foundation, we hear what it means to have a book on the show.

Craig Davidson, author of Precious Cargo: “I think it was an enormous stroke of luck. Clearly our country is putting out a lot of wonderful books, smart books, books that resonate with people, so to have somehow managed to end up one of five chosen for this particular—if a bit arbitrary—honor is wonderful.

“I’ll enjoy the ride while it lasts.” 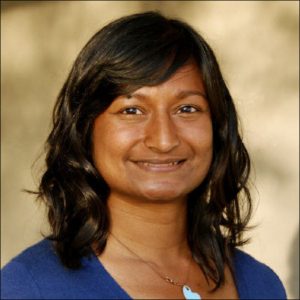 Sharon Bala: “I’m thrilled that The Boat People was chosen as a Canada Reads finalist and honored that my novel is in the same company as these four other exceptional books. As a debut author, I couldn’t have dreamed of a better welcome.” 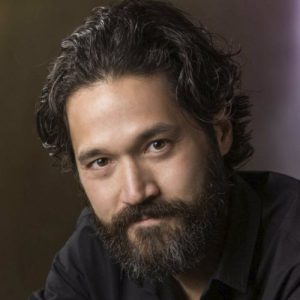 Mark Sakamoto, author of Forgiveness: “It’s an enormous privilege to be selected as a Canada Reads finalist.

“To share my family story with such a wide audience is truly an honor.”

Here’s how and when to hear and/or see ‘Canada Reads’ online, on radio, in podcasts and on television. And CBC Books has produced a six-part podcast series to help interested readers get ready for the show.

More from Publishing Perspectives on book awards is here. And more on ‘Canada Reads’ and the industry in Canada is here.