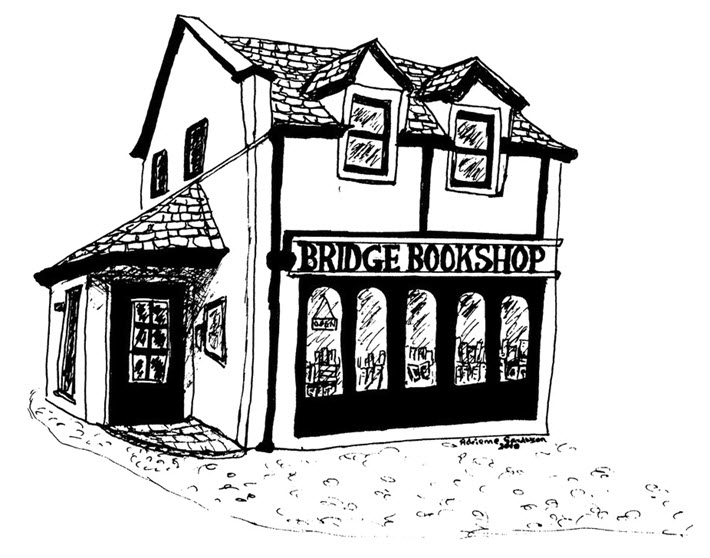 The idea of negotiating as a group for better discounts, more author appearances, and more has excited a group of independent booksellers in the UK. 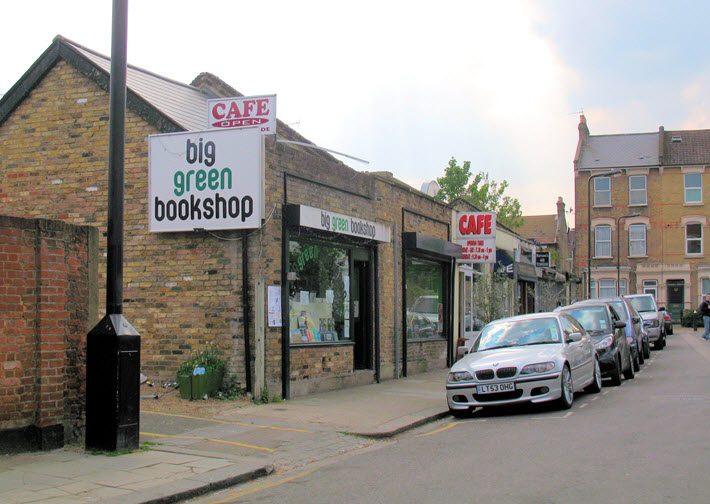 ‘A Lot of People Are Watching’ 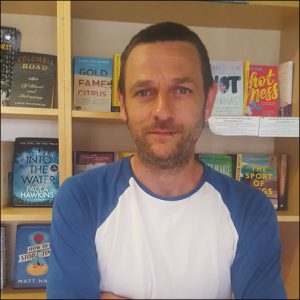 Some 80 UK independent booksellers have joined an online forum that may be the forerunner of an alliance to negotiate collectively for discounts, exclusive editions, and other points of leverage with publishers—advantages normally available only to comparatively large chain bookstores.

Still in very early stages, the move has been prompted by Simon Key of north London’s Big Green Bookshop. Having established the exploratory online forum for the group, Key tells Publishing Perspectives, “More than 100 booksellers have expressed interest in the idea of an alliance. There are a lot of different ideas around and a lot that people agree with.

“I think initially we’re focusing on exclusive editions,” he says. “At the moment, everyone is putting together a list of those titles they’d like to see included. We’ll have a look at that and pick out all the crossovers, and then we’ll decide. I think two titles—one for summer and one for October—is realistic at the moment.”

Key declines to reveal specific titles he might have in mind, but says that a number of children’s booksellers have joined the forum.

“At this stage, it’s only a small number of titles. But the potential is massive, I think.”Simon Key

There’s interest in having more author visits outside London and major cities, where most such appearances are made. And the group is also looking at the idea of having its own trade show, exclusively for independents, at which major publishing houses would present forthcoming titles. A couple of venues in London have offered space already. Although Key says he’s not entirely happy with the idea of such an event being in London, if that were the case then slides of the presentations could be made available to the wider group.

Key says that smaller independent publishers seem keen to work with the alliance too. “It’s very exciting,” he says, “And even if some booksellers haven’t signed up yet, a lot of people are watching what we’re doing.”

The UK’s two main wholesalers, Bertrams and Gardners, are speaking to Key, who says, “The momentum is there for this. It seems publishers are really keen. It’s tricky for publishers to deal with lots of indie [store] accounts. But it’s not really a buying consortium” currently under consideration. “At this stage, it’s only a small number of titles. But the potential is massive, I think.” 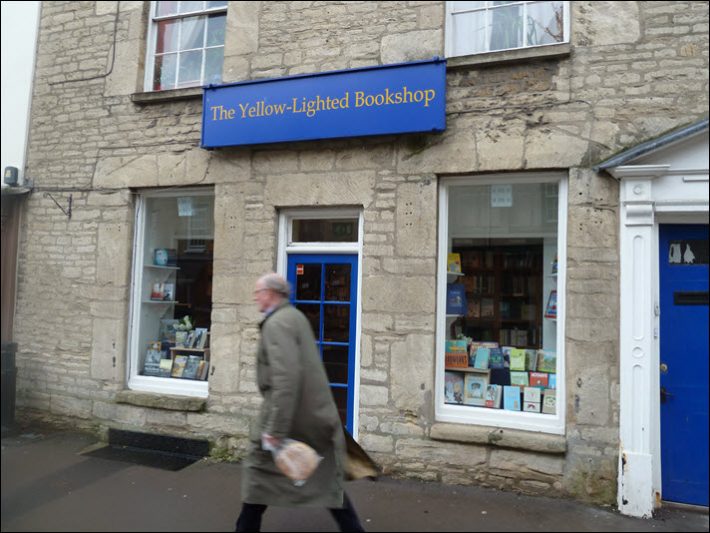 ‘Other Independents Are My Competitors’ 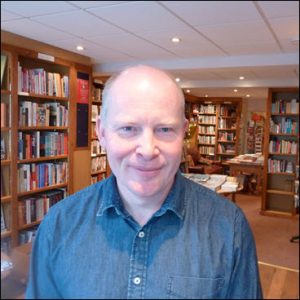 Hereward Corbett, who runs the two Yellow-Lighted Bookshop locations, in Nailsworth and Tetbury, Gloucestershire, says he’s broadly supportive of the alliance concept, albeit with a few reservations.

“Independents getting together to get a better deal from publishers is a good idea,” Corbett says. “The downside is that other independents in a local town are my competitors. I don’t necessarily want my competitors to have the same books.

“There are aspects I’d like to take advantage of, but any extra terms I received I wouldn’t necessarily pass on to customers. Rather, we could use it to help the shop, help us pay our staff more.

“With regard to exclusive editions, I’m not sure. Although we didn’t have an exclusive edition of Philip Pullman’s The Book of Dust we still sold 300 copies because we asked people to make a contribution to the local school—and really, it’s wider issues such as school funding that I think we should be campaigning on. That and things like lower rates for bookshops, grants to support bookshops like they have in France—it’s the changing landscape of the country that I’m worried about.”

Corbett recalls that a buying consortium for independents has been tried before.

“It’s wider issues such as school funding that I think we should be campaigning on.  That and things like lower rates for bookshops, grants to support bookshops like they have in France.”Hereward Corbett

In 2007, Paul Henderson, former marketing director of the Ottakar’s chain (which eventually became part of Waterstones) set up the UK division of Australia’s Leading Edge buying group with the same aims Key has in mind. But it closed two years later, perhaps because its numbers—around 60—were too small, he says.  Although both booksellers and publishers wanted to make it succeed, Henderson said at the time that “neither side would commit in terms of making it work for the other side.”

Even earlier, in 2003, wholesaler Bertrams launched Edge, which offered booksellers who joined the scheme specially discounted books and marketing back-up, while a rival wholesaler had a service called Bookshop Connections at the time, offering something similar.

But a key difference today is that the schemes above were launched when independent bookshops were in decline, something that–for the time being, at least–has eased in the UK.

Corbett says, “Independents are far more proactive now. There’s a new energy out there which is part of something larger—an anti-establishment feeling, a community feeling, an Occupy feeling, local recognition—and there’s a lot of new, talented people coming into bookselling.” 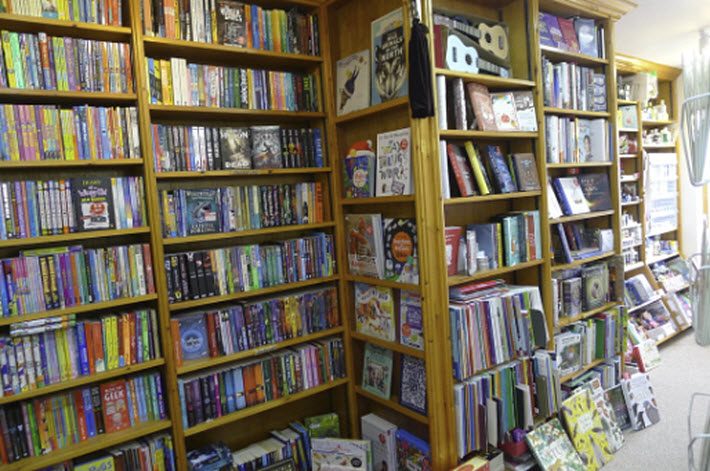 At Bridge Books on the Isle of Man. Image: bridge-bookshop.com

‘They Should Price Realistically’

On the Isle of Man, off England’s northwest coast, Bridge Books—with locations in both Port Erin and Ramsey—is an enthusiastic supporter of an independent booksellers’ alliance.

“Your heart sinks when customers pick up a £15 or £20 book and say they can buy it for only £7 online.”Angela Pickard

“It’s a really good idea,” says co-owner Angela Pickard. “We could use it as a platform to negotiate a level-playing field with publishers who seem only to want to support chains and supermarkets with deep discounts.

“We want to focus on the positive side of bookselling, on the service we offer communities. Your heart sinks when customers pick up a £15 or £20 book [US$21 or $28] and say they can buy it for only £7 online [US$10]. I feel sorry for the authors who’ve spent so long working on their books.

“Publishers are increasingly pricing books at £20 so that deals can be done with people like Amazon and the supermarkets. They should price realistically, say at £12.95. And it’s infuriating when publishers put author links on their web sites that take you straight to Amazon.”

And What of the Publishers’ Independent Alliance?

A point of background: in 2005, independent publishers established their own group, the Independent Alliance, spearheaded by Stephen Page, CEO of Faber. It is still going strong today and has already been in touch with Key.

“They’ve said they would like us to be involved with their own show that they have in March.”

Just as the Independent Alliance was established to secure better terms from chain booksellers as well as from online players and supermarkets, so the indie booksellers’ version would exist to secure the same from larger publishers, along with a range of other benefits.

Publishers increasingly recognize that they need independent bookstores, especially to give visibility to those quieter, one-off, sleeper titles that might be overlooked by the chains. A high street Waterstones has to stock Jamie Oliver by dint of its position, while an indie might keep Oliver too, but will also champion something quirkier, something more individualistic, something more ‘indie.’

If terms can be worked out, proponents say, an independent booksellers’ alliance could help both bookshops and publishers, even if, as ever, the devil will be in the details.