Putting into question thousands of textbooks already bought and in use, the publisher Prosveshchenie says that Ventana-Graf textbooks are making wrongful use of its logo—and that those books are therefore ‘counterfeit.’ 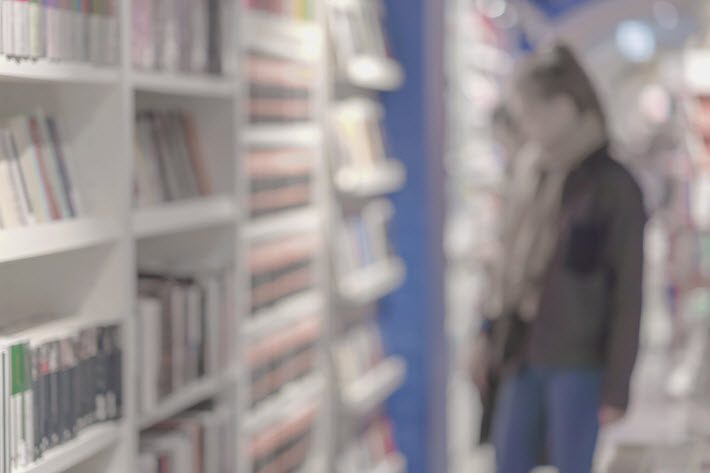 This standoff isn’t about content, but over two very similar trademark graphics. The accused publishing house says the emblem in question isn’t a logo but a state certification symbol for educational material. And what’s in a logo? Potentially millions of dollars in alleged damages. —Porter Anderson

A substantial lawsuit has been filed with Moscow’s arbitration court by the leading educational house Prosveshchenie, asking for 3.7 billion rubles (US$65.5 million) from rival publisher Ventana-Graf, a division of Eksmo-AST.

At issue is what is alleged to be an illegal of an image very close to Prosveshchenie’s commercial logo on the covers of Ventana-Graf books.

According to Sergei Grigorenko, director of external communications at Prosveshchenie, Ventana-Graf has produced several hundred print products with an image that’s easily confused with the JSC Prosveshchenie emblem.

According to his Grigorenko’s assertions, more than 500 titles have been discovered to carry the disputed image.

In court papers, Prosveshchenie claims to recognize the Ventana-Graf textbooks in question as counterfeit and to destroy the entire circulation.

A spokesman with the department of legal affairs at Prosveshchenie characterizes the lawsuit as a “logical continuation” of a wider campaign to combat counterfeit textbooks in Russia, a program initiated by the publisher several years ago. Prosveshchenie’s position is that monetary compensation is only one form of restoration owed to the company for the alleged violation of its rights.

In this image from a report at VC.ru on the insignia dispute, the image on the left (see the circled graphics) is from a Prosveshchenie book cover and on the right from a Ventana-Graf cover

Ventana-Graf denies any wrongful use of of trademark or graphical misprepresntation as charged by Prosveschchenie. Its position is that there’s a confusion over an insignia meant as a seal of educational certification, not a logo.

Alexander Brychkin, general director of Ventana-Graf, says, “The lawsuit filed is probably related with certain symbols currently used by Ventana-Graf to distinguish educational books that meet the requirements of the Russian Federal State Educational Standard (referred to as the “GEF”). Prosveshchenie mistakenly considers these symbols to be an analog of its trademark.

Should Prosveshchenie’s suit be successful, thousands of textbooks already purchased by Russian secondary schools, could be classified illegal and then would have to be destroyed.

According to data reported by the Russian television service REN TV, the books, which are produced by Ventana-Graf, account for about 40 percent of textbooks in the country. These are federally approved curriculum literature, recommended by the ministry of education.  So specialists at the ministry of science and culture warn that Prosveshchenie’s apparent interest in seeing alleged “counterfeit” books from Ventana-Graf would create serious challenges not only for the defendant Ventana-Graf itself, but also for many educational institutions that would lose substantial portions of their textbooks.

Some representatives of educational institutions that use Ventana-Graf books have stepped forward to say that they don’t see the company engaging in willful misdoing. Moscow City Pedagogical University chief Igor Remorenko, for example, maintains  said among the authors of books, published by Ventana are many teachers of the university, while, so far there have been no complaints against the activities of the publishing.

Remorenko says, “Our professors and teachers have been cooperating with this publishing house for a long time, they’re authors of its textbooks. In my memory, there were no complaints from secondary or high schools regarding the quality of books published by Ventana or any other issues.”

And reported legal opinions tend to maintain that the GEF’s graphical designation can’t be legally protected.

Ventana-Graf has been part of Eksmo-AST since 2014. Prosveshchenie was privatized in 2012, when its previously state-owned share was bought by the founders of the holding company Olma Media by Vladimir Uzun and Oleg Tkach for 2.5 billion rubles (US$44.2 million).

Most of these funds were attracted by publishers in the SMP Bank, which is bank,  owned by Russian billionairies Arkady and Boris Rotenberg.

More coverage from Publishing Perspectives of Prosveshchenie is here. And more coverage referencing Ventana-Graf is here.