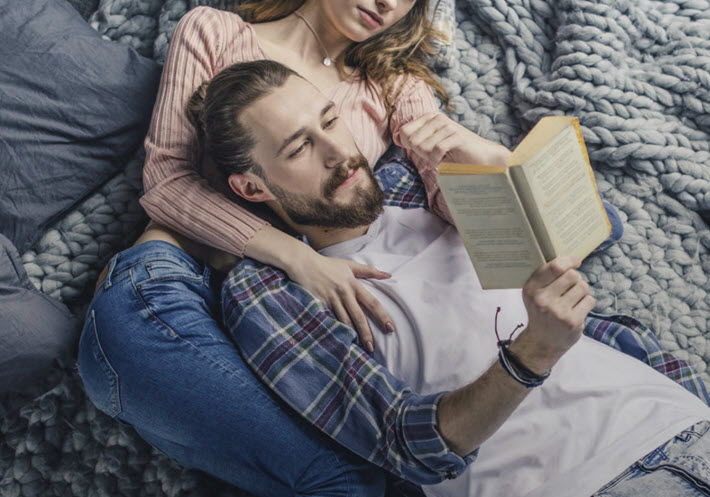 The shakeout continues in Polish book retaiil, as the closure of Matras opens chances for competitors BookBook, Mole Mole, and Świat Książki to test market expansion and formats outside the major urban centers. 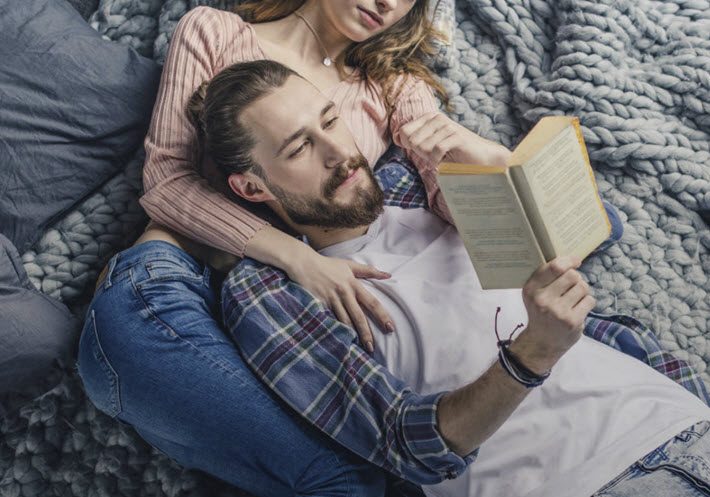 Mole Mole, a small-store subsidiary of the leading chain in Poland, now has as many as 95 locations in operation and takes a decidedly romantic tack in some of its online imagery. Image: MoleMole.com

With Poland’s former second-largest bookstore chain Matras shutting down a number of shops while awaiting bankruptcy proceedings, other book retailers like BookBook and Świat Książki are making a strong showing in the country’s bookselling market.

On February 7, the local news site DDB24.pl reported that Matras is expected to shut down its last bookstore in eastern Poland’s Białystok, as Świat Książki takes over some of the failed retailer’s outlets.

Two trends in Polish bookselling are driving these changes.

BookBook is a chain that opened its first bookstores in 2016 and recently expanded its operations to 95 outlets. It’s a joint initiative of six publishing houses—which include Prószyński, Helion, Publicat, Rebis, Zysk and Czarna Owca–along with the book distributor Super Siódemka. The chain was established in an attempt by local publishers to compete, themselves, against the major bookstore chains.

Jolanta Liżewska-Zyzek, a spokesperson for BookBook, tells Publishing Perspectives that the chain plans to open a number of new outlets this year across the country.

In 2017, “New BookBook bookstores were opened in Białogard, Złotów, Krotoszyn, Lubliniec, Tarnów, and also on Hoża street in Warsaw,” Liżewska-Zyzek says. “We’re continuing to work on [expanding to] new locations.

“In early March, we plan to open a BookBook store in Wałcz, and we are also working on other [openings].” 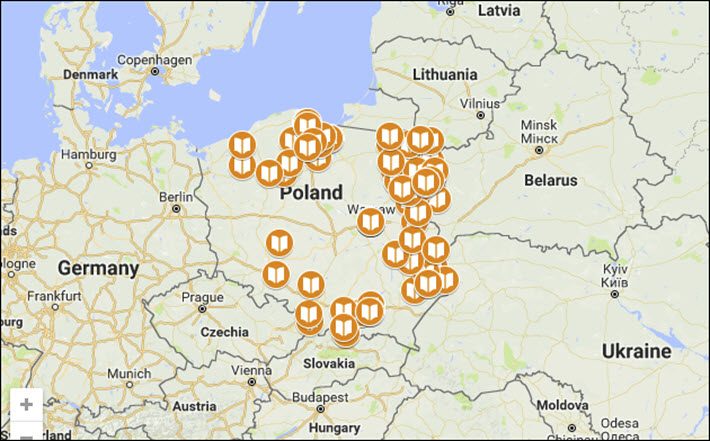 BookBook’s site emphasizes its more than 90 locations in Poland, as of February

Most of the chain’s bookstores are located in small cities with fewer than 100,000 inhabitants each. BookBook likes to establish its outlets as event venues for local residents’ involement. To that end, the chain has announced a new reading program targeting schoolchildren and seniors.

“Given the fact that most of our bookstores aren’t in large complexes, we try to turn them into cultural centers,” says Liżewska-Zyzek. “We organize meetings with authors, and in the near future, we’ll launch projects to promote readership among primary school students and older consumers.”

The chain is managed by Porozumienie Kultura Ltd., which was established in mid-2015. Later that year, the company bought a stake of nearly 90 percent in the formerly state-owned bookstore chain Dom Książki (House of Books), and in April 2016, BookBook launched as a new brand among bookstores. 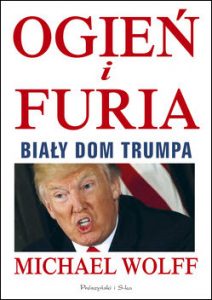 Meanwhile, Empik, Poland’s largest chain, is developing its sub-brand Mole Mole which has outlets replacing some of the bookstores previously operated by the failing Matras. On Wednesday (February 14), a Mole Mole outlet replaced Matras’ bookstore in the Plac Unii City Shopping mall in Warsaw.

With a network of some 240 outlets across Poland, Empik still easily dominates the country’s bookselling industry. The chain’s position has been further strengthened by a series of acquisitions that included publishers WAB and Buchmann, as well as book distributor Platon, as Publishing Perspectives reported last September.

Empik has developed Mole Mole’s small retail format to focus on books and fill the void left by the shutting down of minor bookstores. Mole Mole currently operates 26 outlets across the country, according to the company’s listing of its locations. Of those, three bookstores are located in Warsaw, but others are in both large and small towns including Kraków, Gdańsk, Wrocław, and Katowice, as well as Łomża, Świecie, Ostrowiec Świętokrzyski and Żywiec.

By the end of 2018, Empik says it expects to operate a total 40 to 50 bookstores as Mole Mole, potentially doubling the chain’s current levels.