An author-created award for small presses, the Republic of Consciousness Prize honors literary fiction produced by independent presses with no more than five full-time employees.

In its second year, the Republic of Consciousness Prize for Small Presses in the UK has announced a six-publishing-house shortlist at the University of Manchester’s Centre for New Writing on Monday (February 19).

The prize, created in 2016 by an author named Neil Griffiths, is meant to honor “brave and bold literary fiction” produced by independent publishers from the UK and Ireland.

With a mandate to reward novels, translations, or collections of short stories by a single author of any nationality. To be eligible, an independent house must have no more than five full-time employees.

The shortlisted independent titles and their small presses are:

Each shortlisted independent press receives £1,500 (US$2,098), which is to be divided with the author. The writer is to get one-third of that, the house two-thirds.

A 12-person jury for the competition includes booksellers said to be from Birmingham, Edinburgh, Manchester, and London as well as reviewers and a contributor to the Times Literary Supplement (TLS). The TLS is a sponsor of the award, as are the University of Westminster in London–where the prize is to be awarded to the winner on March 20. The prize program’s organizers say they’ve received a grand from Arts Council England this year, too.

Prize organizers have provided the media with short descriptions of shortlisted independent presses.

The singular name for the prize is explained in its mission statement, posted two years ago by Griffiths: 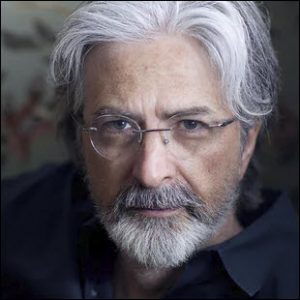 “The Republic of Consciousness is an expression of the effect of a particular kind of writing. While I’m sure there are examples before Shakespeare, for our purposes the Shakespearean soliloquy might be regarded as the first explicit attempt to deliver us into the consciousness of another person, to take us from being mere witnesses to a character’s behavior to participating in their lived experience.

“It is an act of phenomenological conjuring, which in slightly less technical parlance means the re-creation of a perceived world without any mediating voice. Of course there is a contradiction in this definition: the novel or play is an artefact, a work of fiction, and a long way from direct prehension of phenomena.

“And yet. There are writers whose work suggests that human consciousness beyond their own can be accessed, and through that the categorical unknowableness of others’ lived experience might be revealed. It is writing as a moral act. The Republic of Consciousness is here to support and celebrate this.”