Taking note of the fact that two of the six shortlisted titles are Turkish in this year’s EBRD Literature Prize, Istanbul’s Nermin Mollaoğlu looks at the rights scene for Turkish books in 2018.

In its first award cycle, the newly established European Bank for Reconstruction and Development (EBRD) Literature Prize has included two Turkish novels among its six shortlisted titles—one by Burhan Sönmez, a client of  Nermin Mollaoğlu’s Kalem Literary Agency in Istanbul, and one by Orhan Pamuk.

The winner of the award program is to be announced on April 10 at EBRD’s UK headquarters, coinciding with the London Book Fair (April 10-12). The first prize of €20,000 (US$24,630) will be equally divided between the winning author and translator. Two runners-up and their translators will receive a prize of €1,000 each (US$1,231). The three finalists’ books will be announced early next month.

The prize program is a new one, announced last autumn with a jury led by Rosie Goldsmith. In a prepared statement, Goldsmith is quoted, saying, “Already I can predict this prize is here to stay. It’s different and it’s important. Our entries came from Armenia to Albania, the Baltics to the Balkans and beyond. This prize has broadened my mind and also my definition of the novel.”

In light of this development on the EBRD shortlist, we took the chance to be in touch with Nermin Mollaoğlu of Istanbul’s Kalem Agency to ask how she sees things going for Turkish literature this year and the potentials for rights sales.

Mollaoğlu pointed first to the sale she just closed this month with btb Verlag/Random House for the Germany rights to Şebnem İşigüzel‘s The Girl in the Tree. The book was one of the twelve chosen to be presented at the Books at Berlinale program this year. (See our coverage today of the February 19 event.)

And as pleased as she is about the rights sale in Germany—the deal was made at auction—she has an interesting perspective on what she feels may be a mis-reading by some German publishers of the interest among German readers in Turkish work.

“German publishers buy books because of the Turkish people living in Germany,” Mollaoğlu tells Publishing Perspectives. “That is definitely wrong. Those four million people have been in Germany for more than 50 years.”

Mollaoğlu says that, in fact, the German readership has an openness to the writings of immigrants—”They don’t close their eyes to things coming from Turkey and other nationalities,” she says. “I really appreciate that.”

What’s more, she says, the longtime presence of Germany’s Turkish population has helped establish a framework for processing literature from Turkey. “They have more people to prepare reading reports,” she says, “and the editors there know more translators” to call on for work on Turkish titles.

By contrast, she says, the French market has for many years seemed much slower to warm to Turkish literature. And yet, she says, this may be changing. 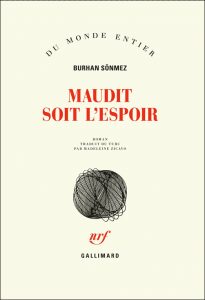 “I was in Paris last week,” Mollaoğlu says, “and two of our books have been published there.”

The first is the coming publication by Gallimard of Burhan Sönmez‘s Istanbul, Istanbul—one of the EBRD prize’s shortlisted titles—as Maudit soit l’espoir, a translation by Madeleine Zicavo.

Set for a release on November 1, the French title, roughly translated as “Cursed Be the Hope,” is a reference to how Sönmez’s highly regarded book describes Istanbul as “a city that evolves in the orbit of pain, but still hopes.”

The author, in his own comments, has characterized his book as depicting two Istanbuls, “one underground, the other above, yet in reality both are one in the same. That’s the main point.”

Now passing 30 languages and territories—with a Korean sale the most recent—here are some of the key rights sales for the book: 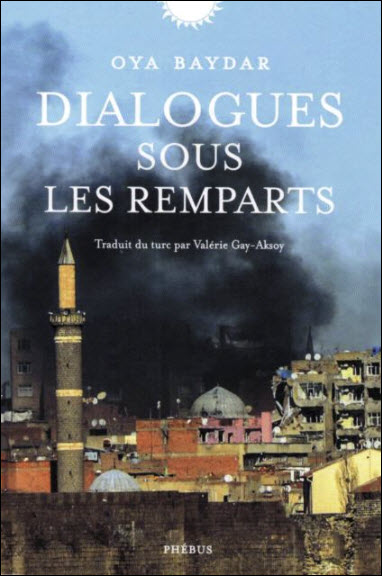 Baydar’s book is an examination of the emotional context around the 35-year conflict between the Turkish state and the Kurdish militant group, the PKK. The collapse of a ragged ceasefire in 2015 ushered in a resurgence of violence. While casualty figures are disputed by various parties, numbers released by the Anadolu Agency, citing a Turkish security source, said that from 1984 to August 2015, there were 36,345 deaths in the conflict—a figure that may well be on the conservative side.

In her book, Baydar brings together an ethnic Turkish citizen and a local Kurd who engage in a series of conversations by the ancient Diyarbakır city walls for which the Sur district is famous. The two debate history, the war, the state, its power, and violence, and—having started their conversations on December 31 in snow, they part on April 1 in a chapter called “Farewell,” as if leaving an impossible love affair.

Promotional copy for the book refers to it as an epic poem, not unlike the heroic works of antiquity, and Mollaoğlu and her staffers stress that the book is focused on people rather than politics and on a regional conflict with a universal dimension. As the book’s description in Paris is written at Phébus, “The revolutionary ideal and the good intentions of a generation of Turkish intellectuals collide, in alternate songs, with the raw reality of the war and daily life of a people, for whom the urgency is to survive.”

“I think it’s special,” Mollaoğlu says, “that the French market is beginning to open its doors for more Turkish books.” 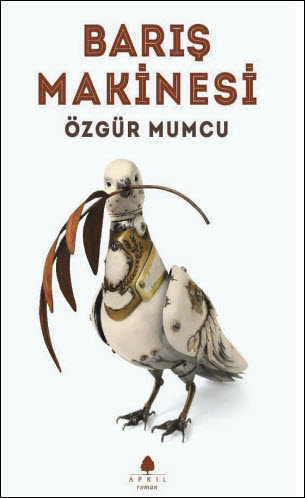 Mollaoğlu says that two more books for which she has commissioned English translations for rights-buyers are to be released in May, one The Pasha of Cuisine by Saygin Ersin, and the other Özgür Mumcu’s Peace Machine from Pushkin Press.

Foreign rights sales for Ersin’s The Pasha of Cuisine include: 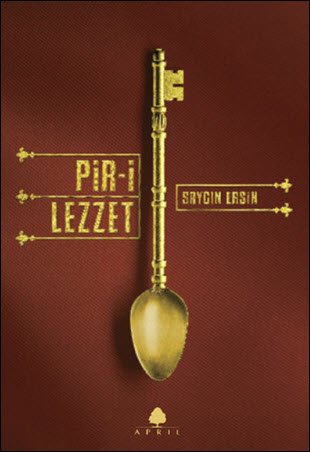 More of Publishing Perspectives’ coverage of the Kalem Agency’s work in Turkish literature is here. Our report on this year’s Books at Berlinale is here.