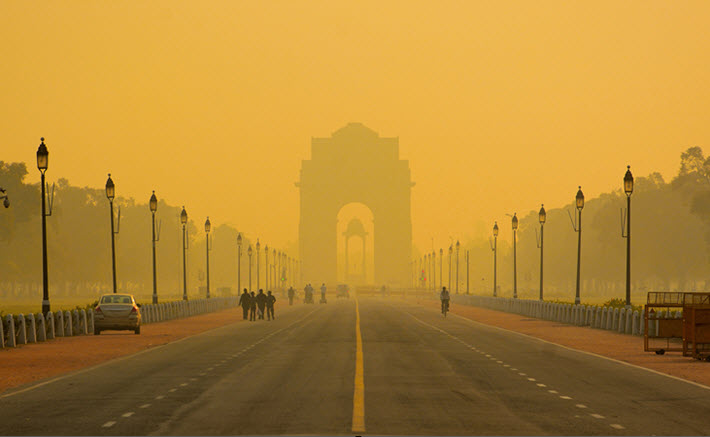 Three days of presentations, debate, and discussion will bring together in New Delhi representatives of 60 countries amid geo-political and publishing challenges. The International Publishers Association’s president is calling for ‘trustworthy information.’ 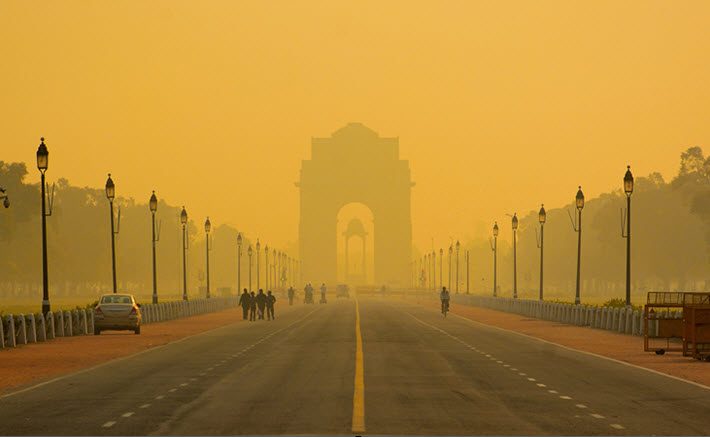 ‘The Importance of Publishing Today’

The International Publishers Association (IPA) opens the formal meetings of its 32nd world congress on Sunday (February 11) in New Delhi—which was the site of the event in 1992.

It’s hard to imagine a quarter of a century in which more change has occurred. And while a great deal has evolved in international book publishing—and the world—in those 26 years, the missions of the international business and of the IPA’s 70 publishers associations from 60 countries have intensified recently. 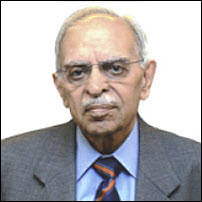 The programming for the biennial IPA Congress is put together in cooperation with the host association—this year, it’s the Federation of Indian Publishers, the president of which is NK Mehra. The schedule of events reads like a robust map of the world’s trends, issues, and challenges to publishing today.

Part of what makes this iteration of the IPA Congress so interesting is that some of the issues affecting publishing right now are reflections of current events and international politics. 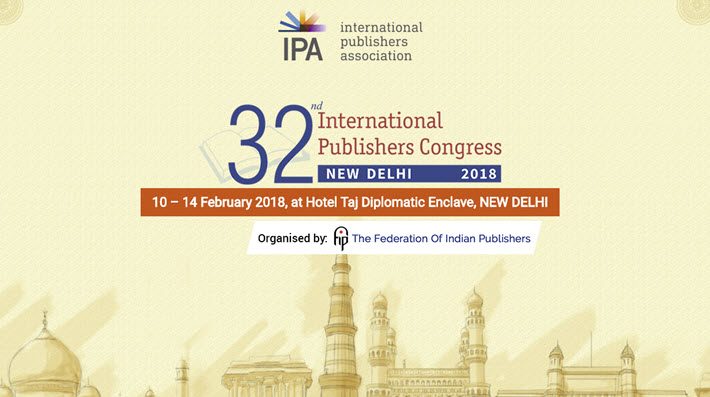 ‘A World of Alternative Facts’ 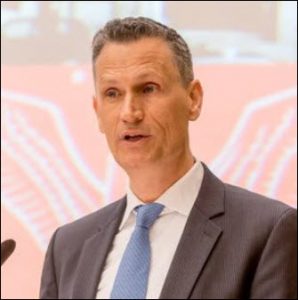 In several of his recent speaking appearances in various countries covered by Publishing Perspectives, IPA president Michiel Kolman has stressed that the two great pillars of the IPA’s mission—copyright and the freedom to publish—have been sharply amplified by the contemporary world’s political context of divisive nationalism.

Speaking to Copyright Clearance Center’s Christopher Kenneally in the latest episode of his Beyond the Book podcast, Kolman said, “We live in a world of ‘alternative facts,’ so trust in reliable, high-quality information is now even more important than ever before. And it’s the publishers around the world that have risen to this challenge and are publishing what I would call trustworthy information, as they’ve been doing for ages.

“That’s true for science publishers, for trade publishers, or educational publishers. It only illustrates the importance of publishing today.”

Kolman’s own background as a publisher is based in scientific publishing. He’s senior vice president for information industry relations with Amsterdam’s Elsevier, and his commentary to Kenneally includes a reference to peer review and rigorous evaluation.

But some may wonder how well the trade industry is holding up its end in providing what Kolman calls “a reliable source of information.” For example, discussion around Michael Wolff’s Fire and Fury: Inside the Trump White House from Macmillan’s Henry Holt has questioned the book’s factual accuracy and editing. As international rights sales for the blockbuster soar, it seems there could hardly be a moment in which such efficacy might be more important, as a foil to politically powered falsehoods. 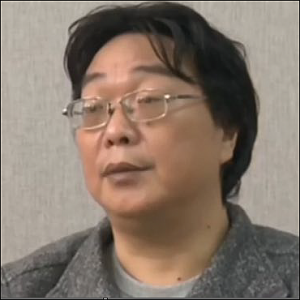 There may also be unease for some congress delegates around a recently escalated human-rights factor.

As Publishing Perspectives has reported, the International Publishers Association has named Gui Minhai as this year’s recipient of its Prix Voltaire for valor in defense of the freedom to publish. That award is to be confirmed during the congress’ gala dinner.

The reported January 20 abduction and re-detention of Gui, a Swedish citizen, however, has reminded many of the controversy two yeas ago in the IPA’s congress at London Book Fair, when the admission to the organization of the Chinese publishers’ association was challenged. Special debate was held around the issue and, to this day, you can find a range of viewpoints on the wisdom of the admission of the Publishers Association of China.

At this writing, Te-Ping Chen at the Wall Street Journal reports that China has confirmed on Tuesday (February 6) that it is holding Gui, citing the Chinese foreign ministry spokesman Geng Shuang as saying in a news briefing that Gui has violated Chinese law and is “subject to criminal coercive measures.”

“It’s the publishers around the world that have risen to the challenge and are publishing what I would call trustworthy information, as they’ve been doing for ages.”Michiel Kolman on 'Beyond the Book'

Gui, a publisher and bookseller who was born in China but was given Swedish citizenship in 1996, thus has become the object of an acrimonious debate. After Geng’s briefing on Tuesday, Sweden’s foreign minister Margot Wallstrom called Gui’s reported removal from a Beijing-bound train on January 20 a “brutal intervention,” saying that China’s actions are “in contravention of basic international rules of consular support.”

In response, the Associated Press reports (here carried by The Washington Post), Geng has replied, “The Swedish side should know well about the seriousness of the case, as well as the disgraceful roles that certain Swedish people played in the case. China will by no means accept the irresponsible remarks made by the Swedish side repeatedly in defiance of our notice.”

Sweden’s objections have been supported by statements from the United States State Department, the European Union, and Germany, whose ambassador to China, Michael Clauss, is reported by the AP to have said on Tuesday, “There is no doubt that Sweden has the support of all of us as members of the EU.”

Here, then, is an instance of the kind of troublesome situations faced by many such worthy internationalist efforts as the IPA. Clearly, the publishers of the Swedish association, Svenska Förlaggäreförenigen, and the Chinese association are good colleagues in publishing. And yet it’s hard to imagine that there won’t be some discomfort around the suddenly acute plight of Gui Minhai.

The protection of copyright is understood by publishers to be both fundamental to the industry’s work and deeply in jeopardy in many markets today, as the rise of digital content loosens what once were far more firmly observed rights of creators and their publishers.

Copyright is under pressure in many places around the world (read more here). Copyright Clearance Center’s international affairs director Michael Healy has been a leader in calls of warning about the perceived threats, as has Caroline Morgan, chief executive and secretary general of the International Federation of Reproduction Rights Organizations (IFRRO), and Jessica Sänger, director for European and international affairs with the German Publishers and Booksellers Association. All three of them will be at the congress in New Delhi.

And in his recent remarks at the Arab Publishers Association’s conference in Tunisia, IPA secretary general José Borghino addressed the issues in a ringing dismissal of the sort of hokum sometimes put forward about intellectual property in the digital age.

“Despite the best efforts,” Borghino said, “of the anti-copyright movement—the ‘freetards’ as Australian writer John Birmingham calls them—information is still just an abstract noun. It does not want to be free. It does not want anything.

“It either sits around, ignored by billions of people, or it becomes the latest viral meme, shared by all. But whatever its consumption status, the one thing that each bit of information has in common with every other bit is that they were all created by human beings. And unlike information, humans are not abstract: they are concrete and even proper nouns. Humans eat, drink and have bills to pay; some of us have children to put through school, dogs to walk and bikes to peddle.

“We are consumers as well as producers, users as well as creators. And every day that a creator or a rights holder doesn’t get paid for the use of their work is a bad day. Everyone should get paid for their work: whether it’s arguing a legal case, stacking a library shelf, or giving a non-governmental organization political advice. I believe this is also true for authors, creators and for those who publish their works.”

The 32 International Publishers Congress will be opened on February 11 by Kolman, accompanied by Asoke Ghosh, Federation of Indian Publishers president NK Mehra, and Venkaiah Naidu, vice president of India.

Kolman’s predecessor in the role of IPA president, Richard Charkin of Bloomsbury, will be part of a “global leaders forum” which will also feature Matt Kissner, John Wiley & Sons’ board chairman, in a conversation led by Ghosh.

World Intellectual Property Organization (WIPO) director general Francis Gurry then will be joined by Maria Pallante, the CEO of the Association of American Publishers, in a talk with Kolman on “Shaping the Future of IP in Publishing.”

And in a timely keynote, considering the pressure now on the UK’s revered Man Booker Prize for Fiction, Jennifer Clement of PEN International Mexico will join a conversation chaired by Sänger on the place aof awards with past recipients of the Prix Voltaire Cavit Nacitarhan and Elif Günay.

“Information does not ‘want to be free.’ It does not ‘want’ anything. The one thing that each bit of information has in common with every other bit is that they were all created by human beings.”José Borghino

IPA Freedom To Publish committee lead Kristenn Einarsson will then lead a talk on the threat of self-censorship in publishing, his panelists including Frankfurter Buchmesse director Juergen Boos; Trasvin Jittidecharak of Thailand’s Silkworm Books; and the Hindu Group’s chairman Narasimhan Ram.

Issues of global solidarity will come into play next in a session on bringing publishing markets together with London Book Fair director Jacks Thomas; IPA’s Borghino; the chief of Sharjah Publishing City and the emirate’s book authority Ahmed Al Ameri; and Ramesh K. Mittal of DK Agencies.

And the last session of the day will focus on online literature, a panel chaired by China’s Siying Zhang and featuring Zhang and Amazon Westland’s V. Kartika.

The gala dinner on the night of the 12th, at which the Prix Voltaire awards for both 2017 and 2018 will be formally conferred, is sponsored by Sharjah Book Authority.

“There are principles at stake here. I think the most important one for us is respect for copyright. This is the bedrock of the publishing industry. That should also be fully embraced by technology companies.”Michiel Kolman on 'Beyond the Book'

The congress then closes with its resolutions and a handoff to the next host association for the 2020 congress.

You can follow our coverage from New Delhi of the 32 International Publishers Congress on hashtag #IPACongress2018 and here at Publishing Perspectives.