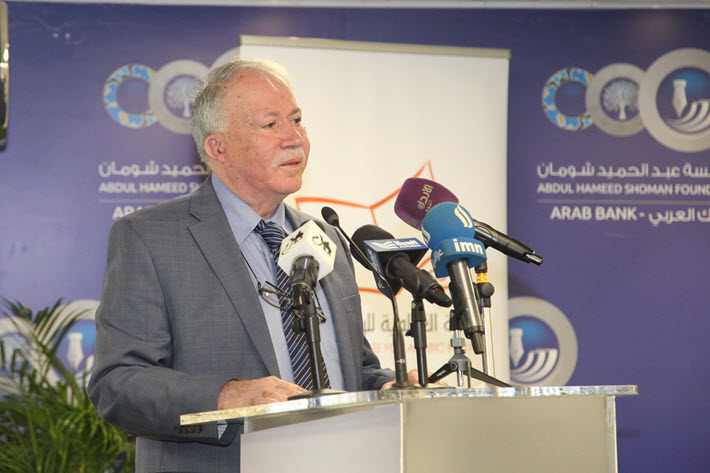 Announced in Amman, the six books and their authors shortlisted for this year’s International Prize for Arabic Fiction are now in contention for a US$50,000 purse and English translation. They represent authors with ties to seven nations. 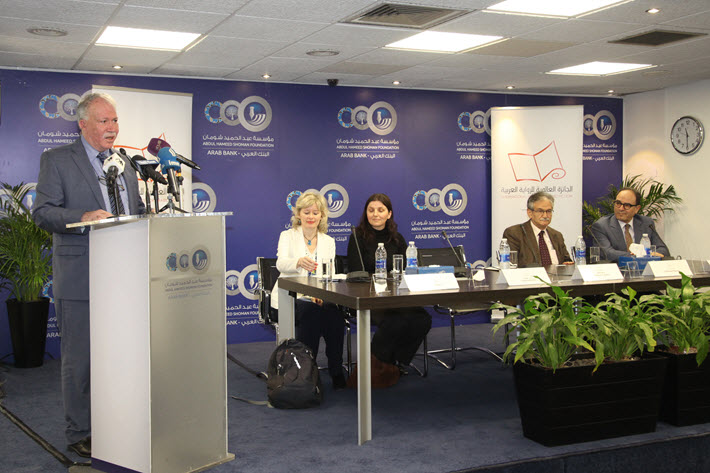 ‘The Cataclysmic Events of the Present’

In a news conference Wednesday (February 21) in Jordan, jurors for the 2018 International Prize for Arabic Fiction have named their six shortlisted authors. The US$50,000 award is to be conferred at Abu Dhabi’s Fairmont Bab Al Bahr on April 24, the eve of the Abu Dhabi International Book Fair.

The honor is an annual literary prize for prose fiction in Arabic, a program run with the support of the Booker Prize Foundation in London and sponsored by the Department of Culture and Tourism in Abu Dhabi.

As Publishing Perspectives reported, last year’s prize went to A Small Death by Mohammed Hasan Alwan. Our interview with Hasan Alwan is here.

A point of pride for the prize’s organizers this year is the presence on the shortlist of two debut novels, The Baghdad Clock and The Critical Case of ‘K’,  by the youngest authors who made the longlist, Shahad Al Rawi and Aziz Mohammed.

The Baghdad Clock is the one shortlisted work, already set for publication in English. It’s to be released on May 3 in the UK, according to the publisher’s site, by Oneworld in a translation by Luke Leafgren.

You can read Publishing Perspectives’ coverage of the longlist here. 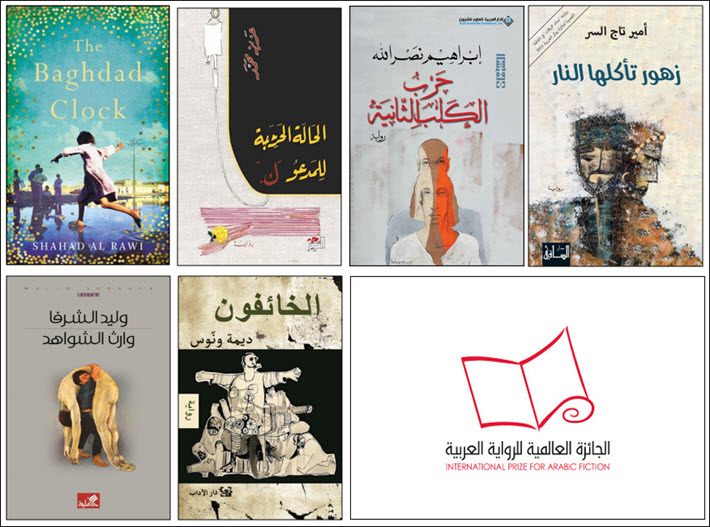 From left, top row, shortlisted titles for the International Prize for Arabic Fiction are ‘The Baghdad Clock’ in its English translation by Luke Leafgren; ‘The Critical Case of ‘K”; ‘The Second War of the Dog’; and ‘Flowers in Flames’. From left, lower row, ‘Heir of the Tombstones’ and ‘The Frightened Ones’

Shortlisted Authors for the 2018 Prize

The last title, Dima Wannous’ The Frightened Ones, is to be published in English by Harvill Secker in 2019, in a translation by Elisabeth Jaquette.

If you’d like to know more about each of these books, you’ll find short biographies and synopses on the prize’s website here.

The shortlist this year is distinctive not only for its two debut writers but also for its inclusion of two previously shortlisted authors, Sudan’s Amir Tag Elsir (shortlisted in 2011 for The Grub Hunter) and Palestinian-Jordanian Ibrahim Nasrallah (shortlisted in 2009 for Time of White Horses). 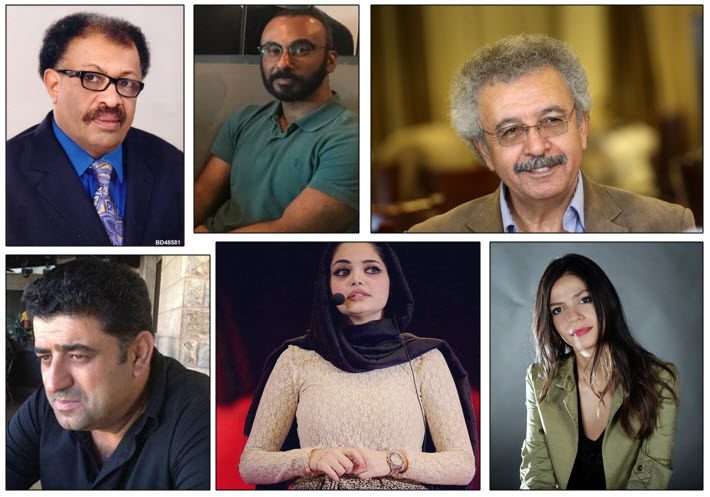 For the literary world, the outstanding element of this prize program is that it provides funding for English translation of its winners so that new work from the Arab world reaches the world industry. The 2014 winner, Ahmed Saadawi’s Frankenstein in Baghdad, has been released this year by Oneworld in the UK and Penguin Books in the United States in an English translation by Jonathan Wright. Its rights have been sold into 12 other languages including Cantonese and Mandarin.

Organizers also tell us that this year we’ll see the English publication of 2016 winner Rabai al-Madhoun’s Destinies: Concerto of the Holocaust and Al Nakba by Hoopoe Fiction.

Other winners already available in English include Baha Taher’s Sunset Oasis in 2009 and Youssef Ziedan’s Azazeel in 2012. English translations of Abdo Khal’s Spewing Sparks as Big as Castles and Mohammed Achaari’s The Arch and the Butterfly were published in 2014. Saud Alsanousi’s The Bamboo Stalk was published in 2015 and Raja Alem’s novel, The Dove’s Necklace in 2016. Publishing Perspectives has asked representatives of the prize program for the names of the translators of those English editions.

In a prepared statement, the jury chairman Ibrahim Al Saafin, is quoted, praising the six novels for “their fresh exploration of social, political and existentialist themes.

“Narrative techniques were varied,” he says, “from the form of diary entries and a novel-within-a-novel, to several authors taking inspiration from the fantasy genre. They allude to the challenging new realities of the Arab world, from Syria to Sudan, but transcend the factual and prosaic.”

The chair of the International Prize for Arabic Fiction’s trustees is also quoted. In his prepared statement, Yasir Suleiman says, “‘The Arab novel continues to reflect, and reflect upon, its social and political milieu using the cataclysmic events of the present as its substance or backdrop. This is true of most of the novels in the shortlist for this year.

“Weaving their own tapestries in ruptures of different sorts, these novels root themselves in the trials and tribulations of the human ‘soul’ as it contends with its own destiny.”

The prize reached its 10th year last year. Here are the first 10 years’ winners of the International Prize for Arabic Fiction: 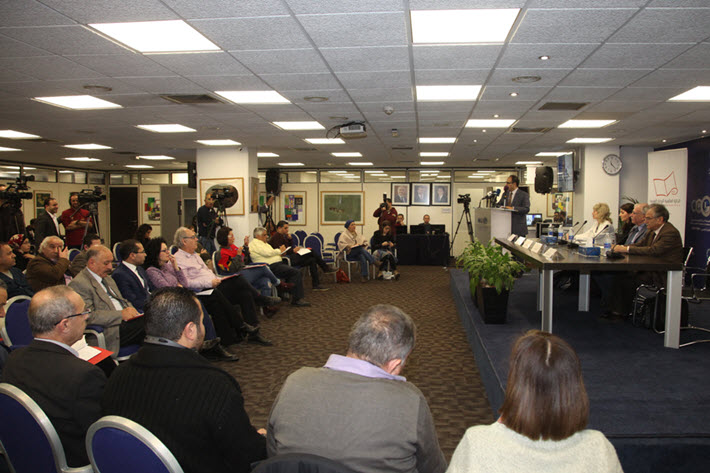 At the news conference in Amman for the shortlist announcement from the International Prize for Arabic Fiction. Image: IPAF