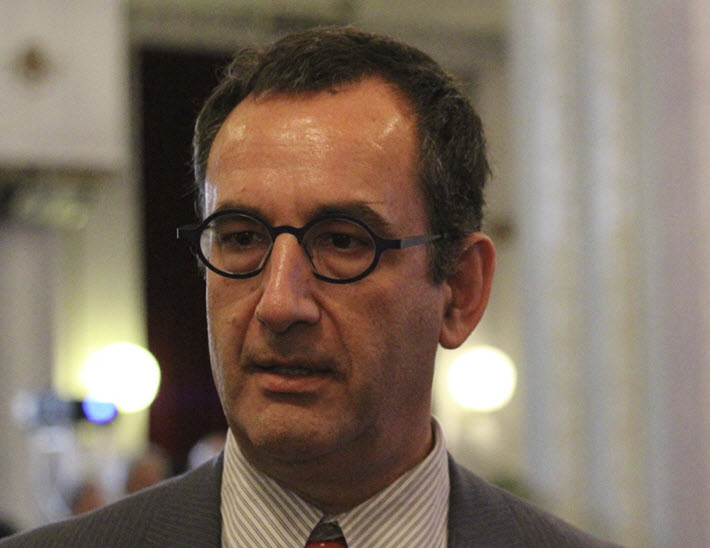 In an interview Hachette CEO Arnaud Nourry describes ebooks as ‘exactly the same as print, but electronic.’ The bigger question is whether that’s what consumers want. 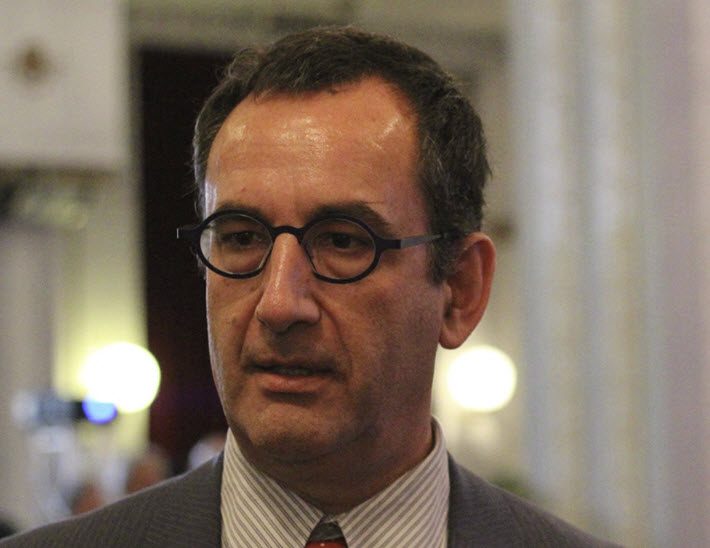 The highly regarded CEO of Lagardère Publishing and Hachette Livre’s empire, Nourry has raised eyebrows in the book publishing industry for seeming to disparage digital publishing’s centerpiece, the ebook, as a “stupid product.”

Needless to say, this has quickly gotten back to Paris, where Nicholas Gary at ActuaLitté on Monday (February 19) asked whether the comment indicated that Nourry was “launching a missile” at the ebook.

In the interview with Scroll.in, Nourry speaks of the “two geographies” where ebooks have differing success. To get at this point, Scroll.in interviewer Harsimran Gill asks whether Nourry sees the ebook market plateauing.

Nourry answers, “There are two different geographies to look at for this. In the US and UK, the ebook market is about 20 percent of the total book market, everywhere else it is 5 percent to 7 percent because in these places the prices never went down to such a level that the ebook market would get significant traction. I think the plateau, or rather slight decline, that we’re seeing in the US and UK is not going to reverse. It’s the limit of the ebook format.”

Nourry goes on in the interview to say, “The ebook is a stupid product. It is exactly the same as print, except it’s electronic. There is no creativity, no enhancement, no real digital experience.”

His comments also raise the issue that publishers and consumers might have different expectations for the the ebook format.

“We, as publishers, have not done a great job going digital. We’ve tried. We’ve tried enhanced or enriched ebooks—didn’t work. We’ve tried apps, Web sites with our content—we have one or two successes among a hundred failures. I’m talking about the entire industry. We’ve not done very well.”

“The ebook is a stupid product. It is exactly the same as print, except it’s electronic. There is no creativity, no enhancement, no real digital experience.”Arnaud Nourry

While publishing pundits have been quick to jump on these comments as short-sighted, Nourry does go on to say, “It’s not that we’re against ebooks. People … pay a price that is about 40 percent lower than the print price. And it works. The ebook market has gone down a little bit, not much, from say 25 percent to 20 percent in some countries. There is still a readership for ebooks but at a price that keeps the ecosystem alive.”

It’s clear that, at the right price, the ebook format serves a certain percentage of readers well. In fact, some readers may like the ebook because, as Nourry puts it, “It is exactly the same as print, except it’s electronic.”

As Nourry says, many efforts at “enhanced ebooks” have been cast aside as expensive experiments that most consumers haven’t warmed up to. And even today’s attempts to bring augmented reality effects into children’s books seem to remain primarily in the novelty bracket.

What the market may have been telling the industry all along was that, for some readers, “electronic” is enough. The values of the ebook for many do lie in the conveniences that are made possible by the electronic element:

This shouldn’t prevent publishers from developing digital approaches, as Nourry advocates for in the interview, “to see how we can nurture one another and how we can go beyond the ebook on digital.” Any format that can move through that marketplace successfully may be worth pursuing.

“Amazon has had a fantastic role to play in the publishing industry. Apart from our little battle, it is a very efficient retailer, able to ship books almost everywhere in the world very quickly. It is a real opportunity for publishers.”Arnaud Nourry

Nourry in his interview tells Gill that on the international scale, 30 percent of Hachette’s business is in French-language content “across France, Belgium, Switzerland, Canada, and other French-speaking countries.” He cites 25 percent of the company’s business in the States and in English-language Canada, with 20 percent “in the UK, India, Australia, New Zealand, and Ireland,” followed by 10 percent in Spanish “and another 10 percent in the rest of the world.”

He speaks highly of Arabic markets and the Russian readership as an interesting target for Hachette. He assesses China right now as “a difficult country.”

And he talks of how the bruising 2014 negotiations with Amazon were worth it because Hachette won the right to set its own prices for ebooks. In fact, he talks of it now as “our little battle”—although it seized the attention of the publishing industry for almost a year and triggered some acrimonious divides.

Today, Nourry sends warm regards to Seattle: “Amazon has had a fantastic role to play in the publishing industry. Apart from our little battle, it is a very efficient retailer, able to ship books almost everywhere in the world very quickly. It is a real opportunity for publishers.

“Google and Facebook are third-party providers for us in terms of advertising and community management, so they don’t have a central role. Of course, Google 10 years ago had the crazy idea of digitizing all books without permission. We collectively fought that and won. Google is good for discovering titles. We don’t use it a lot for advertising or keywords—it’s a tiny partner. Facebook is mostly an advertising channel, as we use other platforms of the same nature. It does not deeply transform our business.”

The nagging sense from this interview, however, is that Nourry and others in the business may be looking for digital to do more than the consumer wants.

The Bookseller’s Philip Jones in his leader piece on Friday (February 16) writes of how travel books have yet to make a good transition to digital formats: “Mobile-screen size, roaming charges, battery life, and the lack of wi-fi in some destinations has given paper a longer flight time than once we imagined,” he writes.

And certainly some elements of the industry will always live more comfortably on paper than screens.

But the worrisome part of Nourry’s conversation with Gill may not be in his colorful disdain for the basic ebook as “a stupid product” but in how some in the industry seem unsatisfied with a consumer desire that an ebook be, as he puts it, “exactly the same as print, except it’s electronic.”

What if that’s all the market ever wanted from an ebook?