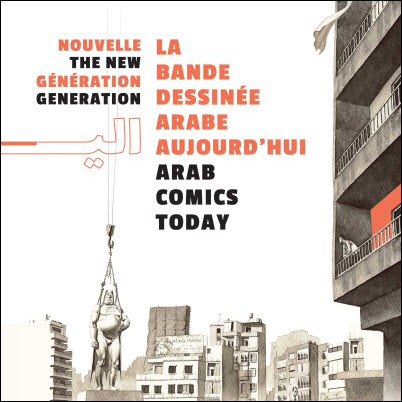 In France, a new exhibition on Arab comics launches at the Angoulême Comics Festival. And in the States, Scholastic’s new nonfiction imprint will tackle history and social issues for children.

An excerpt from the French exhibition on Arab comics catalogue, ‘The New Generation: Arab Comics Today’ from Alifbata

As Snaije writes at Bookwitty, traditions of cartooning in the Arab world can be traced to the 19th century. In the modern era, “The lead-up to the Arab Spring and its subsequent failings has galvanized the comics scene, also giving rise to women cartoonists such as Nadia Khiari, known as Willis from Tunis, and many others, in what was a traditionally male-dominated area.”

An exhibition, The New Generation: Arab Comics Today, opened with the festival and is scheduled to be on view until November 4 at Angoulême’s Museum of Comics on Quay Charente. 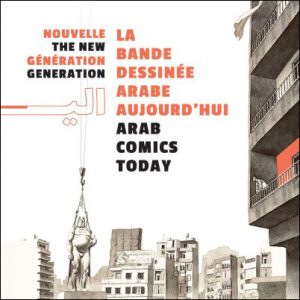 The official catalogue of the exhibition was published Friday (February 2) by Alifbata, and is available now with its text in both French and English. The volume features more than 40 of the artist-authors from the exhibition, as well as three critical essays that contextualize the frequently challenged place the comics sector has held in the Maghreb and Levant. The book is produced in association with Tosh Fesh, a nonprofit organization for Arab artists, and the Mu’taz and Rada Sawwaf Arabic Comics initiative at the American University of Beirut.

The show itself comprises the work of artists from Algeria, Egypt, Iraq, Jordan, Lebanon, Libya, Morocco, Palestine, Syria and Tunisia.

“Some grew up with war as a backdrop,” Snaije writes, “and all have experience with political unrest, corruption, censorship and more. 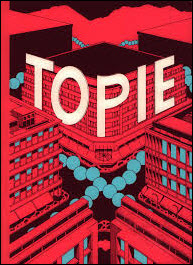 “What becomes apparent with this new wave of artists are certain trends: artistic horizons have been expanded, local Arabic dialects are being used, women are at the forefront of much of the creation, and the comics don’t only reflect the political aspect of life, but also bring up social and cultural issues, such as sexuality, homosexuality, homophobia, sexual harassment, feminism, poverty or the struggles of urban life.”

She points to another November publication, Topie, a retrospective on a decade of work in the field by the Lebanese comics collective Samandal. The album is based, as the title implies, on concepts of utopia.

And as for the new exhibition and its catalogue, “Simona Gabrieli, an Italian Arabist based in Marseille, who runs the Alifbata publishing company and was one of the main experts setting up the exhibit and the publication,” Snaije writes, “said that comics are how the younger generation in the Arab world expresses itself today, and that these representations are ‘live matter.'”

Under the name Scholastic Focus, a new narrative nonfiction imprint is to open in the autumn, featuring what a Scholastic press statement calls “nonfiction books by both new and established talents that will allow readers to draw connections between historical moments and our own, and will present momentous topics and encourage crucial debates in an edifying and gripping way.”

The Fall 2018 list for Scholastic Focus so far is to include:

The Spring 2019 list for the new imprint is to include: 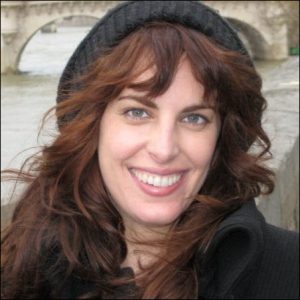 In a prepared statement, editorial director Lisa Sandell is quoted, saying, “In today’s rapidly changing world, parents, educators, and kids alike are looking for books that will tell true and moving stories that can help young readers better understand themselves and the world around them.

“Scholastic Focus will boost our already considerable nonfiction backlist and tackle timely, complex, and challenging subjects—including identity, the struggle for racial justice, the unheralded stories of the men and women who helped shape this nation and the world, and so much more—in a programmatic way that is engaging and relevant to young readers.

“We hope these books, written by some of the leading names in nonfiction, will help start many important conversations.”

In an interesting mission statement, the imprint’s staff says in its press information that it will apply “the following fundamental philosophies to our publishing: