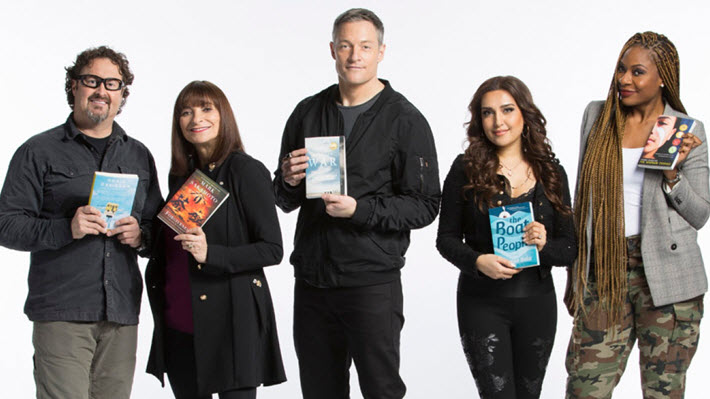 By the end of the annual ‘Canada Reads’ television show on March 29, only one of the competition’s titles and its celebrity advocate will still be standing. 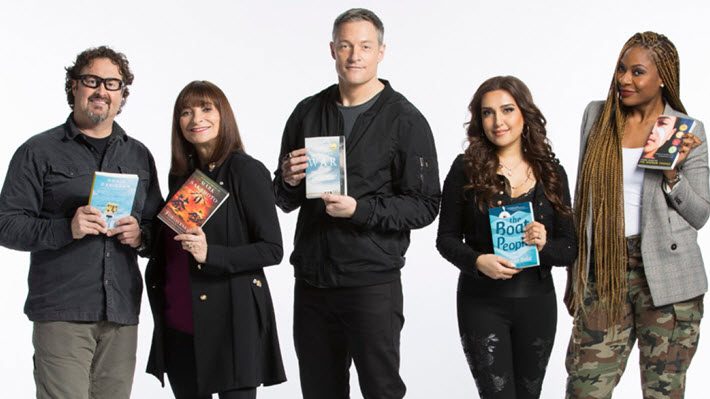 ‘Sales for the past seven winning titles’ of the Canada Reads nationwide televised competition ‘increased by an average 434 percent,’ BookNet Canada reports. And those are the kinds of numbers that make publishers sit up and authors dream of being promoted by a celebrity advocate of their writing on Canadian television. —Porter Anderson

Now in its 17th season, this year’s edition of the books competition Canada Reads will air March 26 to 29 on CBC Radio One and CBC Television—and will be livestreamed online on CBC Books.

Unusual for its format as well as for the composition of its panel, the program is a combination of a reality show and  game show. Each celebrity panelist vigorously defends a book by a Canadian author, one that he or she has selected as the book all of Canada should read.

Then, in Survivor-like fashion, one title is voted off the list of finalists during each of the four program episodes.

Canada Reads was launched in 2002 to “get a whole country to read together,” as its promotional material puts it. Initially broadcast on radio as recorded sessions, the show has been televised since 2004 and it has aired live since 2010.

The Shape of the Debate

The ways the longlist and shortlist are determined—and the shape of the debate—have varied over the years.

In earlier seasons, panels included at least one writer, and the books up for discussion were familiar titles by well-known Canadian writers. In 2002, for example, Margaret Atwood’s The Handmaid’s Tale made the shortlist, defended by Kim Campbell, a former Canadian prime minister and the only woman to have held that office. The winner that year, however, was Michael Ondaatje’s In the Skin of a Lion, successfully advocated by musician Steven Page.

More recently, both longlists and shortlists have widened to embrace less familiar authors who stand to benefit considerably from the exposure the show affords.

The program has also introduced general themes, which focus the discussion and may also help to bring lesser known titles onto the lists.

‘A Book To Open Your Eyes’

This year’s theme is A Book To Open Your Eyes, and will be hosted by actor and comedian Ali Hassan. The contenders include three novels and two memoirs:

Regular readers of Publishing Perspectives will remember author Cherie Dimaline, a 2017 Governor General’s Literary Awards winner whose work was featured in our Publishing in Canada magazine, produced in parternship with Livres Canada Books.

The theme, host and longlist for this year’s debates were announced on January 5, the shortlist and panelists on January 30.

Plenty of buzz accompanies the lead-up to the late-March broadcast. Ahead of the debates, authors weigh in with a “How I Wrote It” post.

For example, here’s Mark Sakamoto on how his grandparents taught him the meaning of forgiveness. Here’s a bit of what he writes: 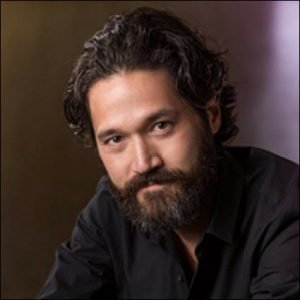 “On the other side of the country, my grandma and grandpa Sakamoto were living rich productive lives. They were Canadian citizens, born and raised in Canada.

“At that time, the Canadian government bowed to political pressure and interned all Japanese-Canadians.

“My grandparents were taken from their home, lost their property and started life in a chicken coop in Alberta.”

The panelists, too, speak up about why they’ve chosen the books they’re defending. Jully Black on Dimaline’s The Marrow Thieves: “This book opened my eyes to the fact that grief does not have to stay with you forever.”

Although there’s no cash prize for the winning title, Canada Reads is considered an important literary prize, according to BookNet Canada:

“The winner in particular goes on to enjoy both major media attention and sustained sales for several weeks after the contest.

To give you an idea, sales for the past seven winning titles increased by an average 434 percent in the week following the competition.”

“The first winner, Michael Ondaatje’s In the Skin of a Lion, sold 70,000 copies after the show, years after the novel was first published. Since then, every winning book has become a national bestseller, and in recent years, all five books have become bestsellers.”

Launched when social media was barely visible on the horizon, the community and collaborative aspects of Canada Reads make it especially well-suited to the digital age. And drawing celebrity panelists from fields not typically associated with the reading public is a clever strategy to broaden readership at a time when books face so much competition from other forms of entertainment.

You can follow the buildup to the Canada Reads competition this year ata hashtag #CanadaReads. And watch Publishing Perspectives for more on the program. CBC Listen has audio of the 2017 competition shows here.