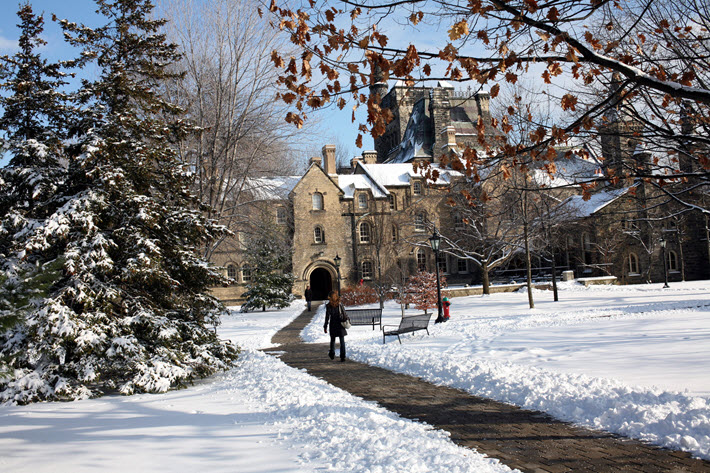 With five years of copyright revenue reportedly compromised under Canada’s Copyright Modernization Act, the country’s education sector now is suing Access Copyright for money from three prior years. The Writers Union denounces it as ‘a cynical tactic.’ 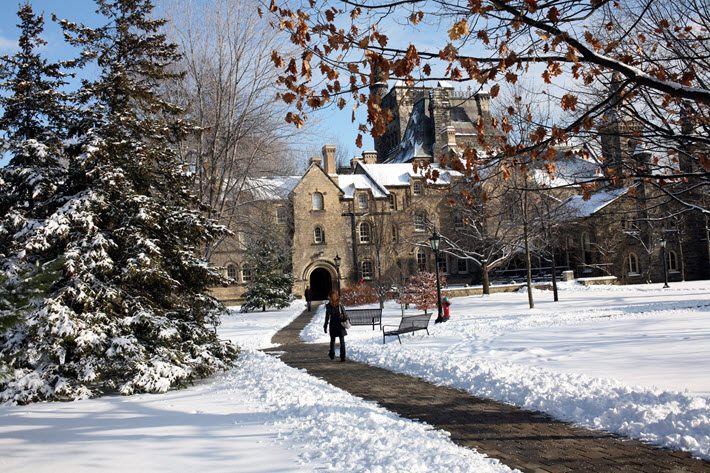 Only weeks after the launch of the anticipated five-year review of Canada’s 2012 Copyright Modernization Act, all the school boards in Ontario and the ministries of education for all Canadian provinces except British Columbia and Québec have filed a lawsuit against English-language Canada’s copyright collection agency, Access Copyright.

A parallel filing from British Columbia is forthcoming. Québec has its own copyright collection agency, Copibec.

What makes this moment intriguing in the long-running debate about Canada’s Copyright Modernization Act is that the provincial educational institutions of the country are resisting Ottawa’s federal, nationwide copyright recognition.

The core issue involves what the Canadian and international publishing industries see as a deeply damaging expansion of “fair dealing” copyright compensation (called “fair use” in other countries). As we’ve reported earlier, vague and imprecise language in the Copyright Modernization Act has resulted in universities setting their own fair-dealing guidelines, in many cases copying and distributing material to students without paying the publisher or copyright holder. This has created patterns of usage which other educational institutions, including K–12 schools, have then adopted.

But the new legal action filed against the Canadian copyright collection agency reaches back to three years prior to the enforcement of the Modernization Act, claiming that “the plaintiffs (the education sector) overpaid the defendant (Access Copyright) for the years 2010, 2011, and 2012 by an amount equal to CDN$2.35 per full-time equivalent student.”

Court Filing: ‘The Plaintiffs Chose to Opt Out’

“I think Access Copyright will win this action … but the fact that we’re having to fight our own government is shocking.”Glenn Rollans, Association of Canadian Publishers

The court filing made on February 16 in the Federal Court of Alberta proposes Ottawa as a trial venue. It calls for CDN$27.5 million (US$21.7 million) in copyright tariffs collected be returned to the education plaintiffs. The amount is based on a reduction of per-student tariffs that went into effect in 2013 with the Modernization Act.

As described in the filing, the education plaintiffs paid Access Copyright $4.81 per student for 2010, 2011, and 2012 “for the right to reproduce the works in the defendant’s repertoire in the elementary and secondary schools under their jurisdictions.” And as of January 1, 2013, the filing says, “the plaintiffs chose to opt out” of Access Copyright’s then lowered tariff.

The emphatic decision of a federal court on July 12, however—was written by Judge Michael L. Phelan—said that payment of the copyright tariff (it comes to less than $2.50 per student in today’s rates) is “mandatory and enforceable” when tested in the case Access Copyright v. York University. In light of that ruling, “opting out” seems never to have been a legal recourse, and these new filings of claims for refunds of prior collections on February 16 seemed to catch the publishing business by surprise. 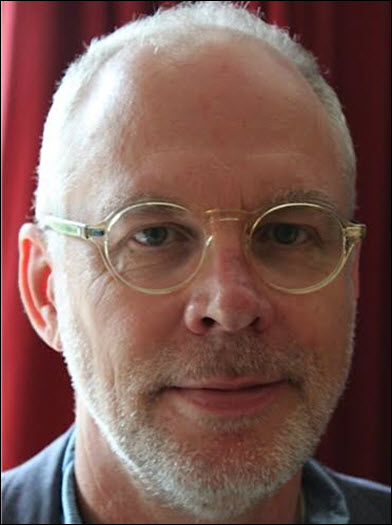 The new court action, says the Association of Canadian Publishers’ Glenn Rollans, comes at a time when the education sector owes about CDN$55 million (US$43.4 million) in copyright tariffs that he says the sector has simply not paid since 2012.

“Rather than addressing that” amount unpaid since the Copyright Modernization Act went into force, Rollans says, the education sector is “reaching back into 2010 and saying, ‘You owe us payback.’

“I don’t think we do” owe any refunds, he says, speaking for the publishers’ and authors’ side of the controversy.

“I think that contention is wrong to begin with. And my take on this is that they’ve altered the marketplace in terms of the contribution that publishers make to the educational world” with the effects of the Modernization Act. “So it’s just adding insult to injury.”

Effectively, the court action is a demand for a retroactive reimbursement of what Rollans says comes to some CDN$9.5 million annually (US$7.5 million) for each of three years prior to that “opt out ” of 2013.

“The claim disregards the fact that the Copyright Board of Canada has recognized that K-12 schools copy 150 million pages of copyright protected works each year that require compensation.”Access Copyright statement

In its statement, Access Copyright says, “The claim disregards the fact that the Copyright Board of Canada has recognized that K-12 schools copy 150 million pages of copyright protected works each year that require compensation.

“The Copyright Board set an annual rate for copying in K-12 classrooms of less than $2.50 per student for the years 2013 and beyond.” This is the reduced rate from the previous $4.81 referenced in the plaintiffs’ filings.

“For the price of a cup of coffee,” Access Copyright says, “educators and students have legal access to a rich array of content that they can select and customize to their needs. Yet the ministries of education (outside of Québec) and the Ontario school boards claim they do not have to pay the fees certified by the Copyright Board and have deprived creators and publishers of this important source of income since 2013.”

“The professionals who create copyrighted works depend upon fair compensation so that they can continue to contribute outstanding Canadian content for our classrooms.”Roanie Levy, Access Copyright

In this prepared statement, Access Copyright CEO and president Roanie Levy is quoted, saying, “We continue to remain open to engaging in a meaningful dialogue with the education sector to find a way to work together on this issue. Canadian students deserve the finest curated content to enrich classrooms and ignite a passion for learning.

“The professionals who create those works depend upon fair compensation so that they can continue to contribute outstanding Canadian content for our classrooms.”

And Rollans tells Publishing Perspectives, “I think Access Copyright will win this action, but why they”—the school boards and education ministries—”would launch this is beyond me.”

Rollans’ assessement is that these new court actions—both the collective lawsuit and the other coming from British Columbia, both filed on February 16—are “simply intimidation. Maybe they’re trying to improve their bargaining position down the line, knowing their position is weak,” he says. “But it’s the sort of move you don’t make unless you have deep pockets. And in this case, those deep pockets are public money.

“The fact that we’re having to fight our own government … is shocking.”

Since the inception of the Modernization Act, Rollans says, the education sector in his view may have been playing with fire.

Should ultimate court rulings go as the York University case did in the Phelan ruling, then the teachers of Canada, themselves, may have been led to commit copyright infringement by those institutions that have supported the use of copyrighted material without payment.

“To be absolutely clear, the Writers’ Union of Canada supports Access Copyright, and will help fight this lawsuit to the end.”Marjorie Doyle, Writers' Union of Canada

A statement issued today (February 23) by the Writers’ Union of Canada puts that organization of more than 2,000 professional authors into lock step with Rollans in its criticism of the new court actions.

“This is an outrageous attack on Canada’s writers,” says Marjorie Doyle, the chair of the Writers’ Union in a prepared statement. “Authors in this country provide extraordinary value to education, and only ask to be fairly paid for their work.

“The Copyright Board has set a price for educational use of our work,” says Doyle, “and we feel this lawsuit from educational budget-makers is nothing more than their latest attempt to avoid legally determined costs. 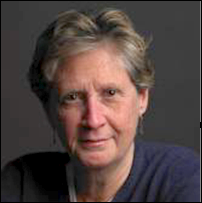 “To be absolutely clear, the Writers’ Union of Canada supports Access Copyright, and will help fight this lawsuit to the end. The federal court has already sided with Canadian authors, and provided strong direction for licensed copying in schools. We will not be intimidated away from fair pay for our work.”

The union’s statement to the press “calls on those provincial ministries and school boards engaged in legal action against the Canadian copyright licensing agency (Access Copyright) to immediately withdraw their suit and pay fair compensation for the hundreds of millions of pages of creative content copied in Canada’s schools.”

The commentary from the union then goes on to give its characterization of the Copyright Moernization Act’s effects.

“Ministries of education (outside of Quebec) and Ontario school boards have claimed since 2013 they are exempt from paying the copyright fees certified by the Copyright Board.

“There is no legal basis for this assertion. In fact, a recent federal court decision against York University tested and discarded similar educational claims of free copying.

“The conflict over copying was heightened when most provincial ministries of education and all Ontario school boards jointly filed suit in federal court this week [February 16] claiming overpayment of copyright fees. The ministries and boards are demanding a refund of approximately CDN$25 million, despite years of unlicensed copying in Canada’s classrooms.”

John Degen, the Writers’ Union’s executive director, in his own statement is quoted saying, “Given its weak legal footing,” Degen says, “this lawsuit amounts to scare tactics and intimidation. It has no hope of success. 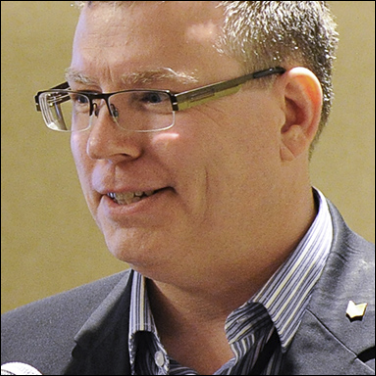 “Provincial politicians simply want to drag this issue through the courts, hoping that legal expenses will cripple writers and publishers, forcing a settlement. They are ignoring the Copyright Board, and trying to cut costs at the expense of fair pay to Canadian writers.”

In its extended discussion of the issue, the Writers’ Union statement says, “After a poorly defined change to the federal copyright act in 2012 [the Copyright Modernization Act], many Canadian schools and post-secondary institutions adopted radically expanded copying practices, abandoning a long-established licensing structure that saw writers and publishers compensated for the use of their work.

“This development has cost Canada’s creative professionals tens of millions of dollars per year since 2012.

“The Writers Union reiterates its call for a meaningful and substantial repair of the copyright act as parliament reviews it this year.”

More of Publishing Perspectives’ coverage of the Canadian copyright controversy is here.