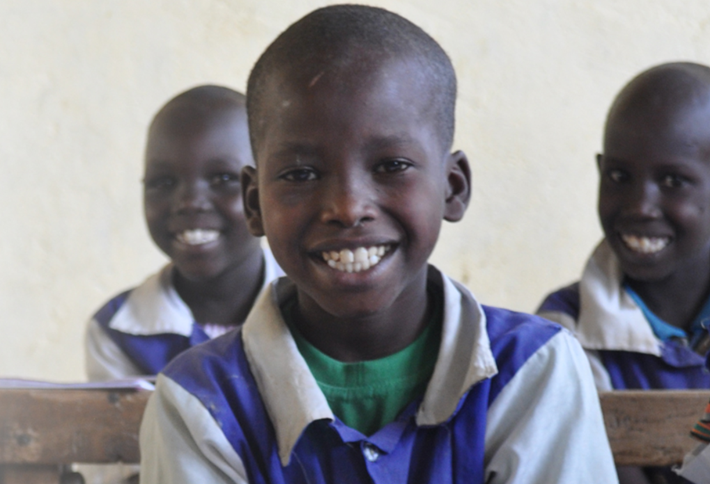 In a coordinated effort for the rest of the month, book charities Book Aid International and World Book Day are raising funds for the annual goal of a million donated books.

‘I Found the Way I Wanted To Write’

Children’s author Dame Jacqueline Wilson is among those sharing anecdotes about books that have had formative impact on their lives in support of Book Aid International’s “New Worlds Through Books” campaign, being announced today (February 14) in London.

“I read I Capture the Castle by Dodie Smith when I was eleven.” Wilson says. “I was hooked from the first brilliant paragraph. I’d found the way I wanted to write.”

In the next two weeks, the UK-based charity will release further contributions from authors including Cerrie Burnell, Katherine Rundell, and Holly Smale.

The first overseas contribution to the campaign comes from a 9-year-old Syrian refugee named Shayma, who is currently sheltering in Lebanon.

Shayma reads books provided by Book Aid International in a local library run by an NGO called Jusoor Syria, and she shared her thoughts on how the books help her escape to another world: “I love school,” she writes, “and I like it when the teacher takes us to the library to read. I forget about the war and that I live in a tent. I can learn about the world.”

In a prepared statement, Book Aid chief Alison Tweed is quoted, saying, “Books have a universal power to expand horizons.

“We work to give as many people as possible access to the books they need to discover new worlds through reading, and we would like to thank all those taking part in the campaign for helping us to showcase how books can enrich lives.”

“Every year UK schools and families mark World Book Day by donating £1 and dressing up as a favourite book character, by holding a fundraising event or by simply making a donation to mark the day. Last year, schools and families raised £140,000 – enough to send 70,000 books to those who need them. This year, the charity hopes to raise even more.”

The charity launched the campaign today, on International Book Giving Day, to raise awareness of how families and schools can give the gift of books around the world by supporting Book Aid International on World Book Day.

It costs £2 (US$2.78) to send a book, so every penny raised really does make a difference. More about fundraising for Book Aid International in association with World Book Day is here.

Book Aid International is the UK’s leading international book donation and library development charity. Its goal is to ship one million brand new books to communities in may parts of the world where people have very few opportunities to access books and read.

The charity estimates that the books it provides reach 24 million people every year.

In addition, Book Aid International runs projects which build the capacity of librarians and teachers to support people and communities.

World Book Day was designated by UNESCO as a worldwide celebration of books and reading, and is marked in over 100 countries around the globe. The program is a partnership of publishers, booksellers, and interested parties working together to promote books and reading for the personal enrichment and enjoyment of all.

A main aim of World Book Day in the UK and Ireland is to encourage children to explore the pleasures of books and reading by providing them with the opportunity to have a book of their own.