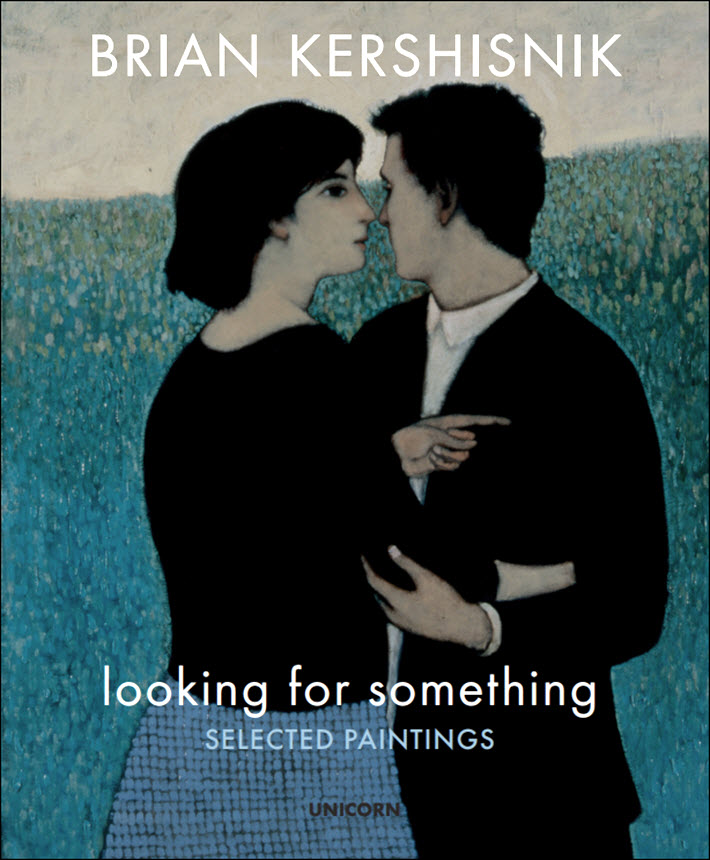 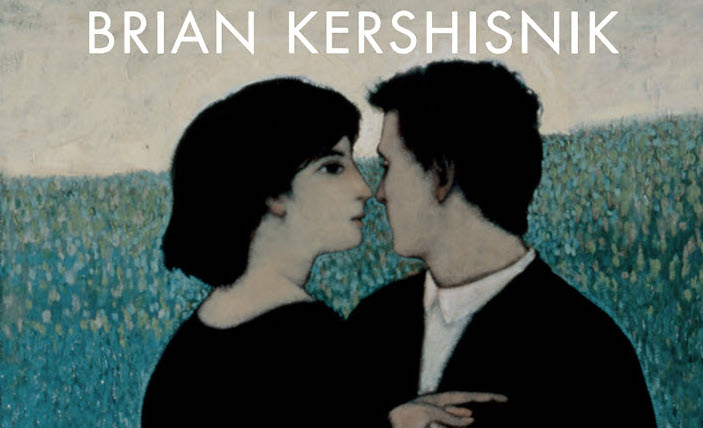 The latest announced art-book acquisition for the UK-based Unicorn Publishing is Looking for Something, the first solo retrospective in more than 10 years for Utah-based Mormon artist Brian Kershisnik.

The book is to have an October release at US$40 and £30 in the UK, and will include more than 200 color images from the artist’s work along with contextualizing text. Curiously impactful, Kershisnik’s images at times include symbolism from scripture but at other times appear to have little overt references to the faith, instead exploring factors in human relationship as unsettling as some of Munch’s more puzzling canvases but in a painstakingly refined primitivist idiom, a master of the “faux-naive.”

The title of the new book, Looking for Something, in fact is attached to at least three quite different works in Kershisnik’s canon, and he’s an artist who frequently paints in response to phrases of text and titles for compositions. Looking for something, we learn, has to do with Kershisnik’s concept of his work’s place and dynamic in his life–he uses the words in a comment for the press.

In a prepared statement from Unicorn, the artist is quoted, saying, “I am chronically engrossed in the process of making dozens of paintings at any given moment in time.  This retrospective project has demanded I take a (usefully) intimidating and illuminating moment to step back and view my work’s greater narrative arc.

“What I’m learning from my life’s work of looking for something through making art is not that any particular instructive message becomes clearer, but that what is most vital is to become more comfortable with those unfathomable parts of being human.”

On February 3, the 12 of Kershisnik’s annual solo shows opens at the Meyer Gallery in the historic district of Park City. Information about the show is available here and previews a theme this year of warring emotions. As Unicorn’s States-based Don Linn is quoted saying in the announcement material for the book, “Brian’s paintings are not only beautifully executed pictures, but they also explore some of life’s great wonders and questions with wit and playfulness.”

The newly announced book is expected to be available soon for pre-order.

Open Road Integrated Media (OR/M)–the ebook backlist specialist company–reports that it has generated record profits in 2017. The company’s development of a revenue-share marketing program for publishers and authors called Ignition is credited with the upbeat news that includes a year-over-year revenue increase of 25 percent, an overall 46-percent rise in contribution profit, and a 52-percent improvement in operating EBITDA.

Specifically referring to the new marketing offering, the company’s materials for the media say, “Ignition was a key contributor to [revenue] growth, delivering a 202-percent uplift in revenue to partners whose titles are enrolled in the program.”

In a prepared statement, Open Road CEO Paul Slavin is quoted, saying, “OR/M is in the most solid financial position of its history, and the ongoing systematic implementation of our strategy will continue to drive strong growth in the coming year.”

That strategy is based in the development of branded newsletters that preceded the Ignition offering by segmenting and targeting the audience into genre-based interest verticals.  Those brands include:

Basically, Open Road has leveraged its newsletter lists as targeted promotional vehicles for authors and publishers.

The foundational operation for which Open Road initially was known in the industry–acquiring and digitally publishing major and significant authors’ backlists–now is positioned as one of the company’s brands and it’s that virtual vault of more than 10,o00 titles, many by iconic authors from Isaac Asimov to David Storey, that powers the new marketing approach.

More than 1,000 titles, the company says, ran in paid promotions to the recipients of Open Road newsletters in 2017. And the information released on the year’s results offers a good explanation of how this promotional apparatus works: “Ignition is a suite of tiered marketing services which allow publishers, brands, and authors to take advantage of OR/M’s consumer marketing and sales expertise. The highest level of Ignition is a ‘white glove’ revenue-share program in which OR/M partners with publishers to manage the complete 360-degree marketing for selected titles.

“Any revenue OR/M generates that is more than the partner’s baseline revenue is shared between OR/M and the participating publisher. Although the publishing industry has traditionally reported consistent year-over-year declines in ebook sales, the partner pays nothing to OR/M until they have exceeded sales from the previous year.

“More than 600 titles are currently enrolled in the program, including titles from Houghton Mifflin Harcourt. HMH’s titles alone have earned a 280-percent revenue increase over baseline sales over the first five months of participation in the program.”

In October, Publishing Perspectives carried news of Open Road’s hire of Jon Fine, formerly of Amazon, as its senior vice president and publisher.