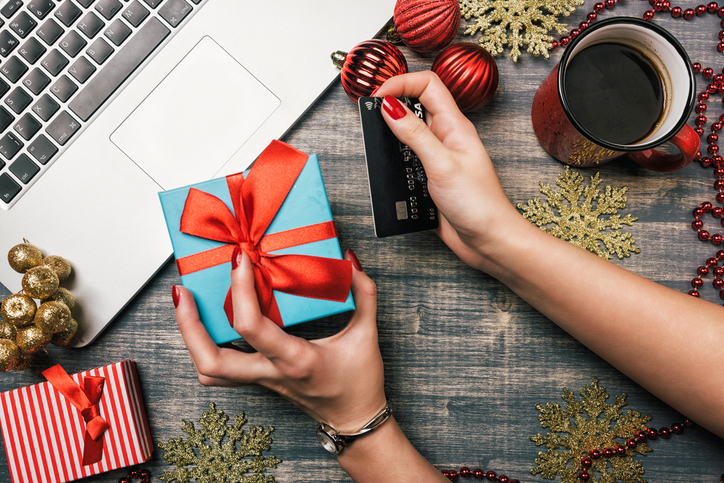 The 2017 year-end holiday season book sales patterns reported in both major English-language markets looked good at the end, but getting there wasn’t a lot of fun. And what lies ahead may be rougher for bookstores. 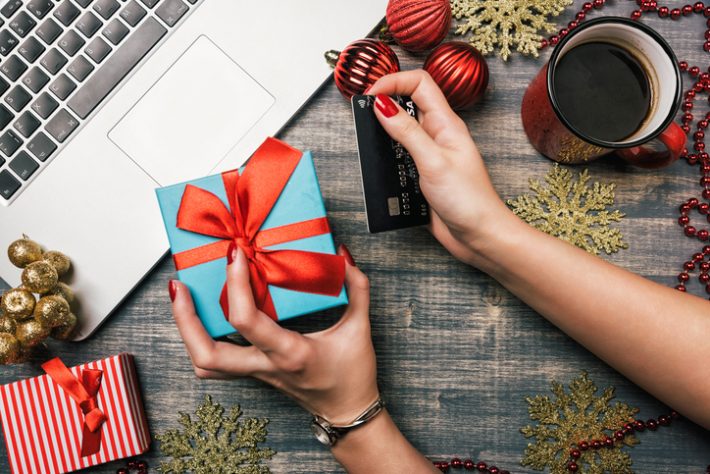 Year-end articles on the holiday-season book-buying trends are dovetailed with elements of the rise of online retail. Image – iStockphoto: Dasha Romanova

Even Positive Sales May Not Help Bookstores

With typical candor, Michael Cader’s write-up at Publishers Lunch lays out his observations of holiday book sales: “In keeping with recent trends,” he writes, “books look to be what people buy as last-minute gifts.”

Book sales during the holiday season, a key part of publishers’ annual revenues, are compared to the same weeks in previous years. And by the middle of December, Publishers Weekly‘s Jim Milliot was reporting consecutive weeks in the States running behind sales in their counterpart weeks of 2016. “At outlets that report to NPD BookScan,” Milliot wrote, “unit sales of print books were 4 percent lower in the week ended December 10, 2017, than in the similar week in 2016. It was the third consecutive week this holiday season that sales were down from last year.”

In fact, Milliot’s charting indicated that even audiobooks—a growing segment—were running a substantial 24 percent behind the previous year’s sales in the week ending December 10. Juvenile nonfiction, Milliot reported, was the only segment posting a unit increase at that point.

But by the end of the holiday season, however, the US market’s NPD BookScan data was showing a 7-percent increase in print unit sales in the week ending on Christmas Eve over the previous week in 2016. The push was driven by retail and book club buys, Milliot wrote, while mass merchandisers’ results continued sliding, down 2 percent compared to the same week in 2016. In fact, mass merchandisers—big-box chains that once seemed a hopeful channel—were down much more heavily in the early going, down 9 percent in the first-holiday-week comparison to 2016.

And in the UK, the arc of sales was similar, although bad weather in December was blamed for a sizable part of the problem in early weeks, as The Bookseller’s Lisa Campbell recounts in her report. “According to Nielsen BookScan,” she writes, “9.6 million print books were sold for £86.7 million (US$117.8 million) in the run-up to December 23—4.1 percent up in value on 2016’s week-before-Christmas, and 1.6 percent up in volume, marking the biggest single week in value terms since Christmas 2007.” 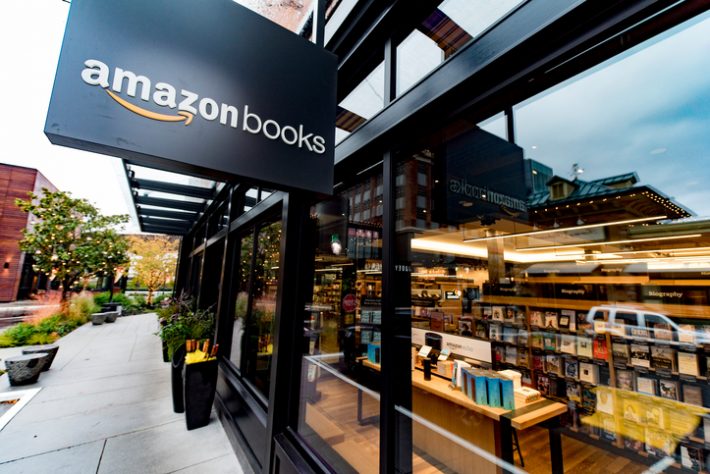 Books and Bookstores: The Online Shift

Several similar patterns and influences took place in both the UK and US: 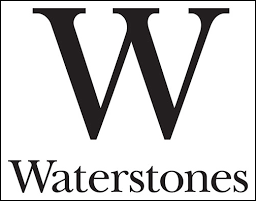 It’s that third point, the impact of online book sales through Amazon, that Campbell looks at in her report, quoting Waterstones chief James Daunt saying, “The external factors were a mix of an early period of dreadful weather, some sign of dampened spending and weak footfall, but mostly the strength of online in general and Amazon in particular…Looking back, the drop all happened at the start of the month with the poor weather. We would have expected to pull this back but we did not. Amazon, I suspect, hoovered up these sales and with no ‘must have’ publishing to draw people into shops, we could not quite pile up the necessary totals in the final week.”

Foyles’ head Paul Currie had a similar point, mentioning to Campbell, “We have seen a growth in online sales reflecting the continued growth of e-commerce sales in the UK,” and adding “something we at Foyles are investing in”—although other brick-and-mortar booksellers’ efforts to hold their own online against Amazon haven’t panned out well.

And in the States, David Streitfeld at The New York Times has weighed in with a story about physical bookstores’ future in the American market, marking the demise of the country’s fourth-largest bookstore chain, a 45-store company called Book World. There, Bill Streur, Book World’s owner, told Streitfeld, “The internet is killing retail. Bookstores are just the first to go.”

It’s not hard to see that the last-minute factor of book gifting that Cader mentions flourishes in the online setting, where Amazon delivery makes it possible to move an late holiday present to its recipient with an efficiency few consumers can match, themselves. Where Amazon has rolled out “Amazon Logistics,” its own last-mile delivery of packages, in fact, many consumers now can watch the approach of their delivery in real time on a map much like the one that shows an Uber driver headed their way.

And Streitfeld takes the chance to press: “As e-commerce becomes more deeply embedded in the fabric of daily life, including for the first time in rural areas,” he writes, “bookstores are undergoing a final shakeout.” He quotes a Book World salesman in Wisconsin saying, “Books aren’t going away but bookstores are.”

The key issue in the online phenomenon is captured succinctly. Even if print is believed to be holding its own against digital reading, this doesn’t mean that physical retail will have a similar fate. “Ebook sales leveled off, and the physical book has retained much of its appeal,” he writes. “But readers are increasingly ordering those books online, getting them delivered with their clothes and peanut butter and diapers. Bookstore sales were $684 million in October, the Census Bureau said this month, off 4.6 percent from a year earlier and down 39 percent from a decade ago.”

The arrival of more than a dozen Amazon Books facilities, either now open or announced, actually doesn’t counter the trend away from brick-and-mortar in book-buying because the stores are so tightly integrated into the tech company’s online systems. An Amazon Books location serves as a kind of delivery point, e-commerce on the corner, a bookselling ATM.

No wonder, then, that holiday-season book sales, as at other times of the year, are being affected so strongly by online commerce. “To go online is so easy, so convenient,” one Book World executive says to Streitfeld. “To draw people into a store now is a monumental challenge. This is a huge sea change for retail. I don’t see any end to it.”