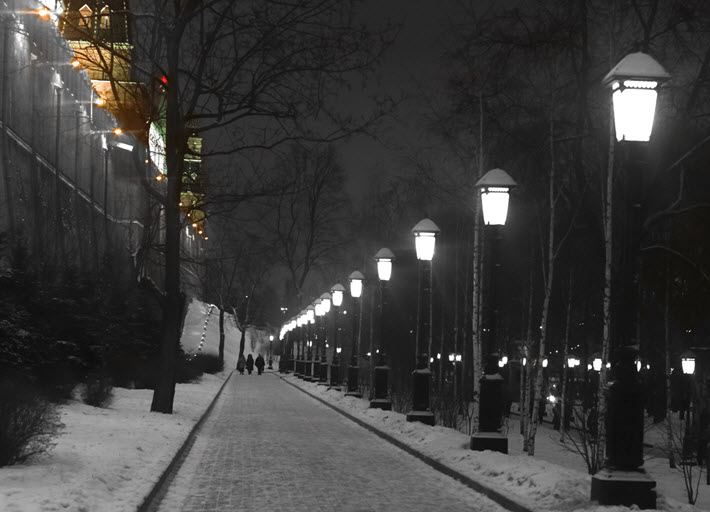 In the estimation of LitRes chief Sergey Anuriev, the ebook market could double in Russia within two years and audiobooks are showing new strength as well. The prime challenge: piracy. 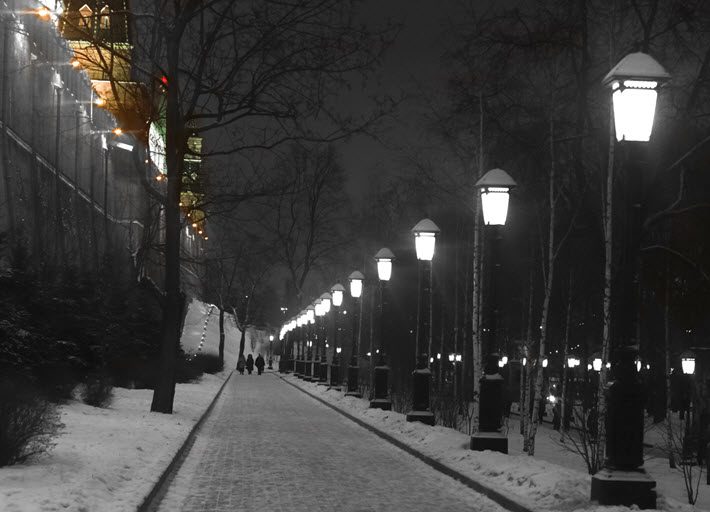 Near the Kremlin during the 2017 holiday season. Image – iStockphoto: Ivan 2005

While the problem of piracy has long been recognized as a significant barrier to digital publishing’s profitability in the Russian market, LitRes’ Sergey Anuriev has been an energetic champion of e-reading’s potential value to Russian publishers. His voice has factored into stories on the topic here at Publishing Perspectives as far back as 2011. And now, he looks ahead into a 2018 that he sees as highly promising for the digital market in which he trades. —Porter Anderson

In the predictions of LitRes general director Sergey Anuriev, Russia’s ebook sector should more than double by 2020 if not earlier.

Anuriev says he sees digital content accounting for up to 15 percent of the overall Russian market, from his vantage point as an analyst with the country’s largest ebook aggregator. He also says he estimates that in 2018 the Russian ebook market will reach 3.8 billion rubles (US$90 million) and will continue to grow throughout the year.

All of this optimism, Anuriev tells Publishing Perspectives, has to do with the convenience and mobility of digital reading, which he sees factoring strongly in the interests of Russian consumers. Despite the recent traction of print formats in some markets including the USA and UK, he says that beyond his own market as well as in Moscow, digital publishing and content are the keys to development in publishing’s future.

“Penetration of electronic books in Russia,” Anuriev says in an interview from his office, “is comparable to penetration in the European markets” outside the UK “currently estimated at 5 percent.”

He says that Russia’s ebook market is still smaller than the US and UK, “where the share of ebooks reaches 20 percent. But the Russian market has big opportunities for future growth.

“Among the major drivers of further development of the market are advances in mobile technologies and reading services, as well as integration of electronic reading into our social networks. At the same time, much will depend on the ongoing battle with ebook piracy in our market—that continues to be a pressing problem for us.” 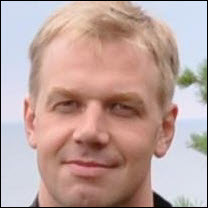 In assessments presented by Anuriev—as in those of other markets, particularly the UK and US—audiobooks are also making a strong appearance now, rivaling development in other formats as the most robust. In 2017 audiobooks grew, he says, by almost 60 percent in value over their performance in 2016.

Anuriev says that audiobooks now account for between 15 and 20 percent of LitRes’ overall sales. Comparatively low prices in the sector are said by LitRes’ analysts, Anuriev, to be helping drive the new rise of audiobooks.

Working to capitalize on the company’s evaluation of the market’s potential in digital content, LitRes is developing a cross-platform service to allow readers to select their preferred devices for content consumption.

At the same time, the company has stopped its work on “LitRes Touch” e-readers and this, according to Anuriev, is mainly because of the challenge of piracy.

The LitRes Touch project, he says, “was launched several years ago at a time when pirates operated freely in the Russian ebook market. In those conditions, e-readers were produced by many market players, most of whom were stressing openness and the the ability to download content from anywhere. Attaching a legally operated ebook store to an e-reader’s operation” with a closed ecosystem “meant rapid bankruptcy for such a gadget’s manufacturer. If a device wasn’t able to download content from a pirated site, the user believed it was a waste of money.

“Therefore, it’s understandable now that manufacturers didn’t invest in the design of devices with closed, secure services, and didn’t focus on revenue generated by the sale of content,” as is the case, for example, in the Amazon Kindle system.

From the LitRes.ru home page this week

Contrary to the easing of ebook demand in some Western markets, Moscow’s market shows no signs of slowing, in Anuriev’s view. Electronic versions of books, he says,  remain popular particularly with avid readers consuming one or more books per week. At the same time, according to data of the science and culture ministry figures, he says, the rising popularity of ebooks in Russia actually is supporting a stable demand for print rather than cannibalizing it.

In the scenario Anuriev describes, a dynamic of cross-consumption of ebooks among readers of print may be in play for as much as 79 percent of the readership.

Those who report preferences exclusively for print are reading an average 11 books per year while those who opt for ebooks are reading 15 or more titles per year, in the ministry’s figures.

The piracy challenge, however, remains stubborn. As many as half of Russia’s readers are believed to pay nothing for the content they consume, Anuriev says, and high costs, or perceptions of them as high, are thought to be the primary barrier to legal procurement of content.