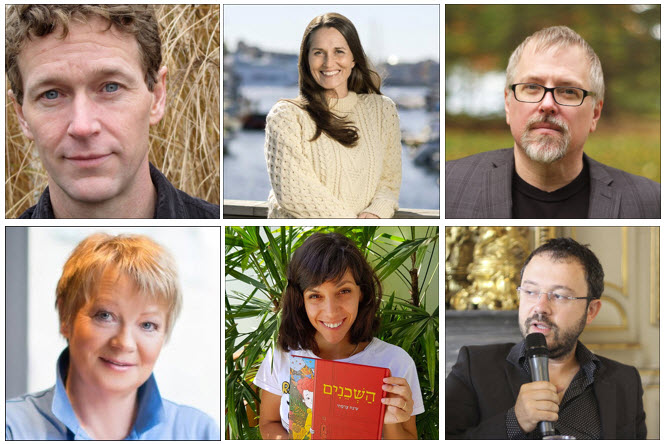 From Germany, the United States, Sweden, Spain, Israel, Mexico, and France, our first rights roundup includes a graphic memoir, a novel headed for a cinema near you in February, and a work that started as a self-published title 17 years ago.

Our first rights roundup of 2018 is evidence of a fast start to the year. This list includes titles from Germany, the United States, Sweden, Spain, Israel, Mexico, and France that are selling rights around the world. Here are works of nonfiction, adult trade and children’s fiction, including a sweeping graphic memoir, a novel headed for a cinema near you in February, and an inspirational work that started as a self-published title 17 years ago.

We’re grateful to the agents and rights directors who have provided us with their deals information for early 2018, and we’ll put together more rights roundups with more deals going forward. 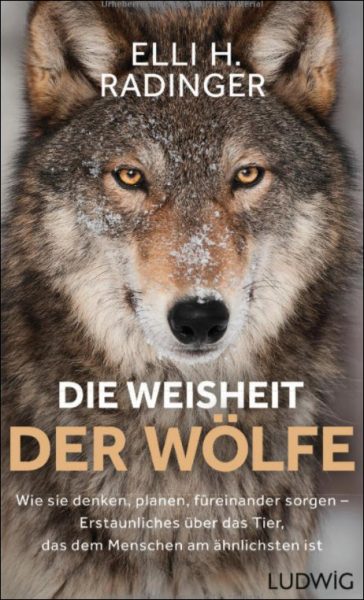 Elli Radinger’s book is described as one in which the wolf expert and author introduces us to the social life of wolves, by means of many, often very touching anecdotes from her years of wolf-watching in Yellowstone. “Wolves take empathetic care of their old and injured, lovingly bring up their young and are able to forget everything when playing. They think, dream, make plans, communicate intelligently with one another – and have more similarities with us humans than any other animal.” 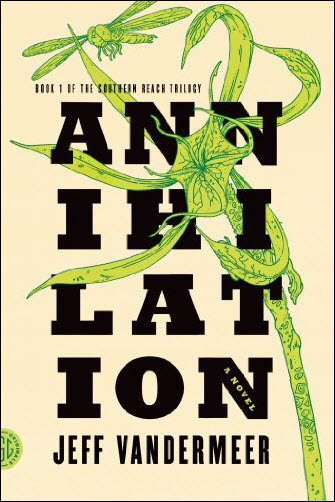 A film adaptation of Annihilation, the first book of VanderMeer’s Southern Reach trilogy, is directed by Alex Gardner and scheduled for US and most international markets on February 23. 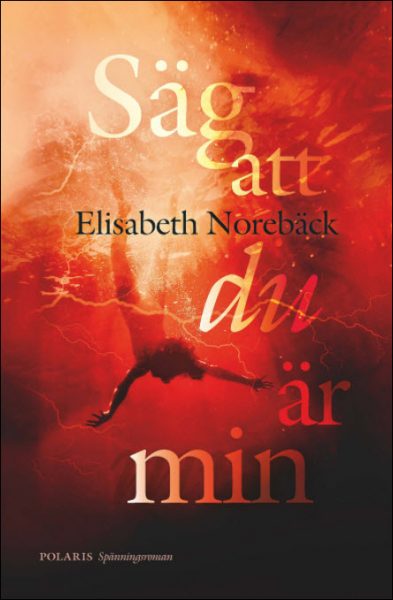 If your child disappeared at age 1, would you recognize her 20 years later? Elisabeth Norebäck’s debut Tell Me You’re Mine is a tale about grief and guilt, insanity and violent obsession. 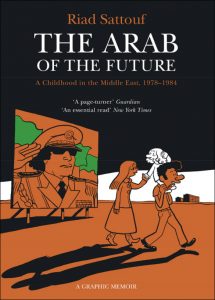 With more than 1 million copies of Volumes 1, 2 and 3 reportedly sold worldwide, The Arab of the Future is a graphic memoir series telling the story of author Riad Sattouf’s childhood. The first volume (2014) covers his boyhood to the age of 6 in 1984, when he’s shuttled between Libya, Brittany, and Syria. The second volume (2015) tells the story of his first year of school in Syria (1984 and 1985). The third volume (2016) sees him between the ages of 6 and 9, when he becomes aware of the society in which he’s growing up, 1985 to 1987.

Translated into 20 languages, the books have been awarded multiple prizes, including the Grand prix RTL for graphic novels in 2014; the Fauve d’or (Best Album Prize) at the 2015 International Comics Festival in Angoulême; and The Los Angeles Times’ graphic novel prize in 2016. 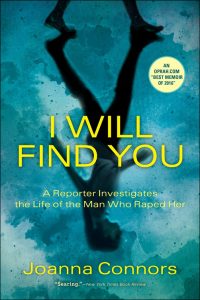 When Joanna Connors was 30 and on assignment for the Cleveland Plain Dealer to review a play at a college theater, she was held at knifepoint and raped by a stranger who had grown up five miles away from her. Once her assailant was caught and sentenced, Joanna never spoke of the trauma again, until 21 years later when her daughter was about to go to college. She resolved then to tell her children about her own rape so that they could learn and protect themselves, and she began to realize that the man who assaulted her was one of the most formative people in her life.

Setting out to uncover the story of her attacker, Connors embarked on a journey to find out who he was, where he came from, who his friends were, and what his life was like. I Will Find You is a timely consideration of race, class, education, and the families that shape who we become, by a reporter and survivor. 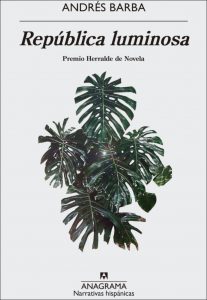 Thirty-two children show up one day in San Cristóbal, a small tropical city between the jungle and the river. No one knows where these children have come from nor can they understand the language they speak. They’re hungry and commit acts of violence, disturbing the city, its inhabitants and their newly found economic stability. Two adults are stabbed in a supermarket, and from then on, not one adult in San Cristóbal looks these kids in the eyes, treating them like the living dead, and haunted by the possibility that they could be their next prey.

Twenty years later, a public servant for the city involved in the case writes his testimony rich in reflection, a chronicle stating facts, proof and rumors about how the city was forced to rethink its idea of order, violence, and civiliation itself during that year-and-a-half when these kids invaded the city–a dark metaphysical fable that reads as if it could be true. 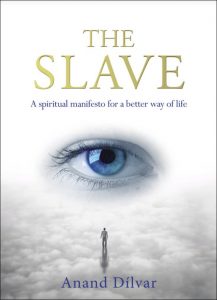 Anand Dílvar’s The Slave was written as a result of the author’s exploration of spiritual teachings. He’s the founder of Vision Quest Center in Valle Bravo, Mexico, a new age meditation center. The book is reported by book packager Alexian to have sold more than 1.8 million copies in Mexico since its appearance and Shelter Harbor Press (New York City) has released an English language edition of it this month.

Dílvar tells the story of an unconscious man who is “a slave to the many mistakes and failures he has made in his life…Will the doctors decide to pull the plug or will the narrator get to live one more day for the chance to see his loved ones?” 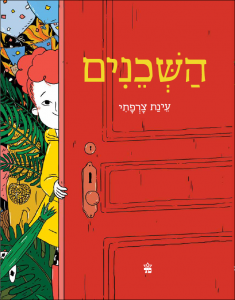 As told by the narrator of this children’s book, “I live in a building that’s seven stories high. Every floor has a slightly different door. The first door has a lot of locks. That apartment belongs to a family of thieves. They just love ancient Egyptian artifacts. The second door is always surrounded by muddy footprints. That is the home of an old hunter and his pet tiger.”

The book is called a journey through a building and through the eyes of a young girl who imagines who her neighbors are, simply from the appearances of their front doors. 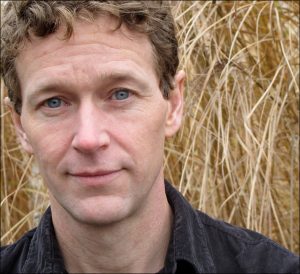 “We can’t stop shopping, and yet we must stop shopping—this is the consumer dilemma around which this book revolves.” Amid menacing and alarming expressions of world threat and upheaval—climatic, presidential, martial, ideological—JB MacKinnon has created a probing provocation and thought experiment, The Day the World Stopped Shopping. 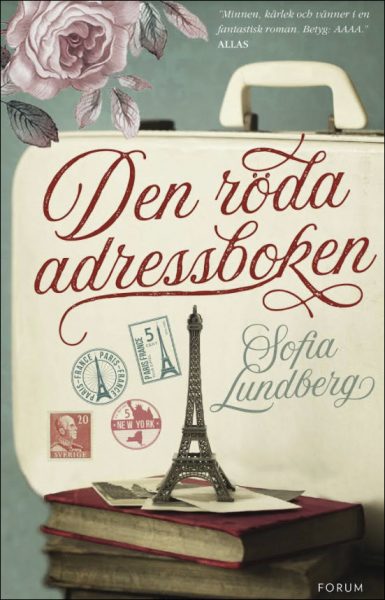 Doris, at 96, has had the same address book since 1928. The little red book holds the people she has met and loved throughout her life. Now Doris lives alone in an apartment in central Stockholm. Most of the names in her book are crossed over, gone from this world, and her only visitors are from the home care. Doris’ greatest source of joy are the calls from her grand-niece Jenny on the other side of the Atlantic.

One day Doris begins to write down the story of how she met the people that shaped her life, so that Jenny, who will be the only one to remember Doris, will be able to share her most precious possession: her memories.

More of Publishing Perspectives’ rights roundups are here. Our coverage of that runaway rights juggernaut, Michael Wolff’s ‘Fire and Fury’ from Macmillan/Henry Holt is here. And in case you missed it, here are stories about our first Children’s Books Salon held earlier this month in New York City, with international rights directors joining Publishing Perspectives and the Frankfurter Buchmesse New York team at the Goethe-Institut.