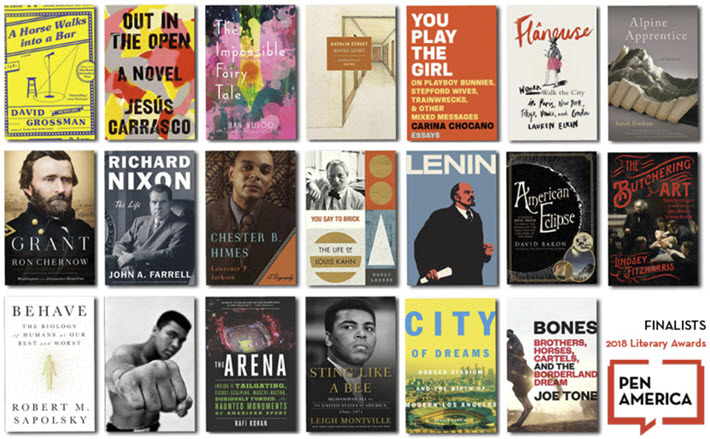 The PEN America competition program includes eight prizes, and one of the most highly visible is the translation honor. Others include literary science writing, biography, literary sports writing, and work by authors of color. 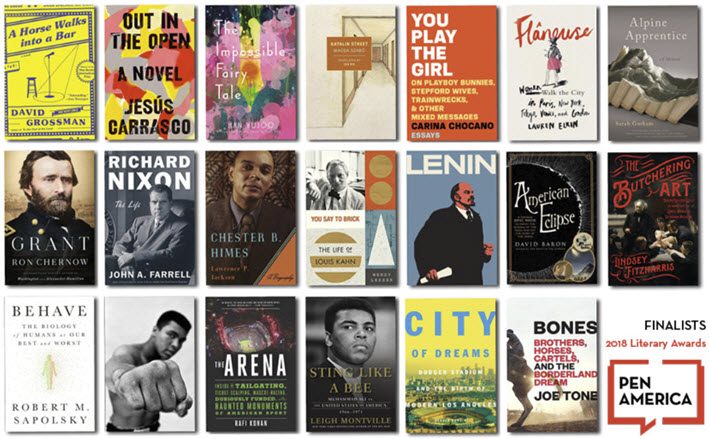 A Prize For Any Language Translated into English

Finalists for the PEN Translation Prize have been announced by the newly unified PEN America to comprise:

The annual award is given to a book-length translation of prose from any language into English published in 2017. Jurors for this prize are Eric M. B. Becker, Lisa Hayden, Jenny Wang Medina, Denise Newman, and Lara Vergnaud.

The news of the translation prize shortlist is part of a big round of competition finalists named late this month, and here are several more PEN awards programs now highlighting valuable work. Winners will be announced at an awards ceremony on February 20 in New York City.

You can find the full listing here. A complete listing of all the jurors is also available, and it’s here.

This competition recognizes “exceptional book-length work of any genre by an author of color, published in the United States since 2017. Jurors this year are Eduardo C. Corral,  Kaitlyn Greenidge, Amy Quan Barry. The finalists:

Juried this year by Mia Alvar, Rion Amilcar Scott, Justin Torres, Claire Vaye Watkins, this award is given to an author whose “debut work—a first novel or collection of short stories published in 2017—represents distinguished literary achievement and suggests great promise.”  This program carries a US$25,000 purse. Its finalists:

Given to “the author of a book-length work of any genre for its originality, merit, and impact, and that has broken new ground by reshaping the boundaries of its form and signaling strong potential for lasting influence,” the Stein carries a US$75,000 purse. Its finalists: 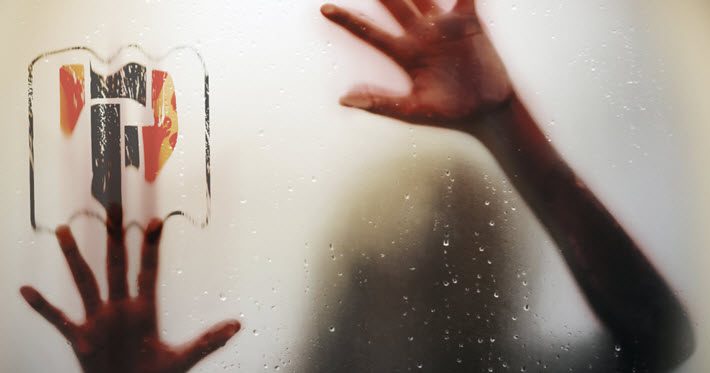 The UK’s Flame Tree Publishing is an independent publisher of fantasy, crime, and science fiction short stories as well as nonfiction (cookbooks, lifestyle, music, and art). It was established in 1992 by HarperCollins’ managing director Nick Wells. And the company has announced that in September it will open a trade fiction imprint for book-length work, that imprint having almost the same name as the publishing house: Flame Tree Press.

A site for Flame Tree’s new Flame Tree has been set up here.

The opening group of about a dozen titles in the autumn is expected, according to promotional copy, to feature authors including Ramsey Campbell, Tim Waggoner, John Everson, Jonathan Janz, Hunter Shea, Brian Trent, David Tallerman, and Robin Triggs.

In a prepared statement, Wells is quoted, saying, “After 24 years at Flame Tree Publishing, this imprint’s story really started three years ago, when we began our short story submissions in the US. Since then we’ve built significant communities of readers and writers of genre fiction: science fiction horror, crime and fantasy.”

More information offered in the press announcement tells us that “The executive editor is Don D’Auria, based in New York, aided by the UK editorial board of Laura Bulbeck, Cat Taylor, Josie Mitchell, and Gillian Whitaker. Art director Mike Spender brings 25 years of publishing to the covers, including a long stint at HarperCollins.