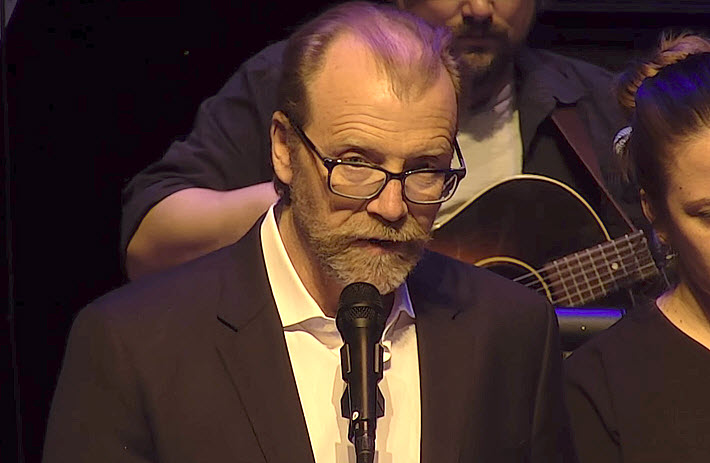 The Man Booker Prize is now open to Irish books. The Booker Prize Foundation says the aim is to recognize Irish independent publishers as readily as those in the UK. 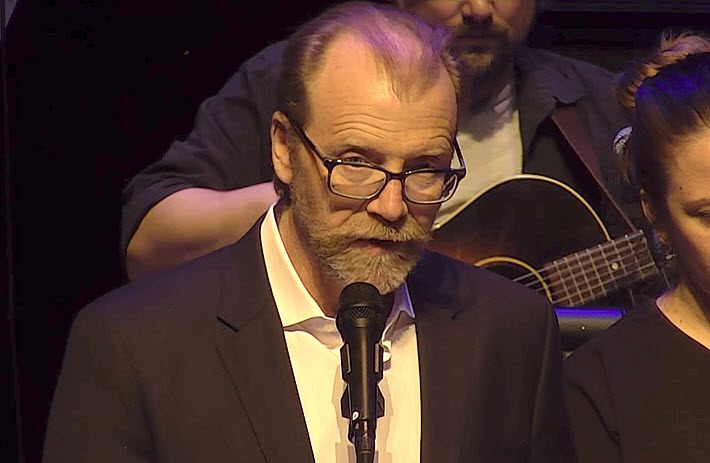 The American author George Saunders, winner of the Man Booker Prize for Fiction 2017, participates in a live reading of a excerpt from his winning ‘Lincoln in the Bardo’ taped for a ‘Prairie Home Companion‘ broadcast from Minnesota Public Radio

‘So Much Exciting New Fiction’ 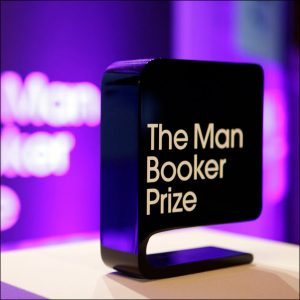 In an announcement from London today (January 8), the UK’s Man Booker Prize for Fiction has expanded the eligibility for submission of novels to include “any novel written originally in English and published in Ireland by an imprint formally established in Ireland.”

In a rationale issued to the press for the news, prize organizers say, “In making the decision, the Booker Prize Foundation consulted with Publishing Ireland [Foilsiú Éireann] the Irish association of book publishers.

“The aim of the new rule is to ensure [that] independent Irish publishers are given the same opportunity to be recognized by the prize as Irish publishers who have headquarters in the UK and are already eligible to submit titles.”

In a prepared statement, Ronan Colgan, president of Publishing Ireland, is quoted, saying, “We are extremely grateful for the support shown by the Man Booker Prize and our friends and colleagues in the UK publishing industry. This announcement is wonderful news, not just for Irish publishers and Irish writers but for our intertwined literary heritage.”

And speaking for the Booker, the foundation’s literary director, Gaby Wood, is quoted, saying, “We’re delighted to support Irish publishers and the writers whose work they bring into the world.

“So much exciting new fiction is being written and published concurrently in Ireland and the UK that we felt it was only right to acknowledge and honor that.”

Submissions now have opened for the 2018 cycle with a deadline of March 9 for entry forms and June 15 for finished novels to be submitted to the jurors, who will be working through the process of selecting their choices of best novel published in the UK and Ireland between October 1 of last year and September 30 of this year.

As Publishing Perspectives has reported, Kwame Anthony Appiah is this year’s jury chair. He’s joined on the panel by:

For those unfamiliar with how publishers are permitted to make submissions for Man Booker consideration–and how many such submissions they can make—some notes supplied by the foundation are interesting.

Success—or near success—breeds more success for a given publisher because being longlisted in one year’s Booker cycle makes that publisher eligible to put forward more submissions later, as is described here.

The number of books a publisher can submit will depend on that publisher’s inclusion in longlists over the previous five years, as follows:

This means that the number of submissions for each publisher may change from year to year.

A new work by any author who has previously been shortlisted for the Booker (pre-2002) or Man Booker Prize is automatically eligible.

“The judges [also] “call in” a number of novels each year: in addition to their main submission(s), a publisher may nominate up to five titles for consideration, accompanied by a justification from the editor. The judges are required to call in no fewer than eight and no more than 12 of these titles.

“The judges are also permitted to call in other books published within the requisite dates, even if the book has not been submitted through any other route.”

A complete copy of this year’s rules and entry form is available here, in PDF. 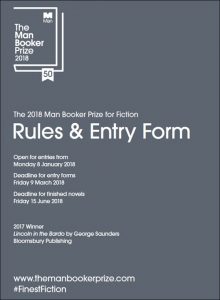 In this 50th year of the fiction prize’s activity, the longlist (called the “Man Booker Dozen” because it can comprise either 12 or 13 titles) is to be announced in July. The shortlist of six novels then follows in September. The winner is to be announced on October 16 at London’s Guildhall.

As we covered in December, the Man Booker Prize for Fiction has a special desk diary on offer this year in celebration of its half-century, and is producing a “Fiction at Its Finest” literary festival set for July 6 to 8 at London’s Southbank Centre.