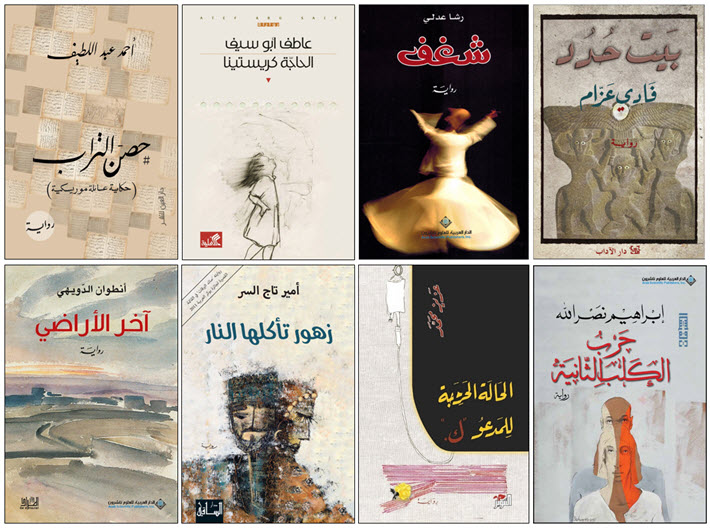 With a prize of US$50,000 and funding for translation into English, the International Prize for Arabic Fiction enters its second decade with a longlist of 16 novels that ‘bring to life the tragic distortions and dreams of these societies.’ 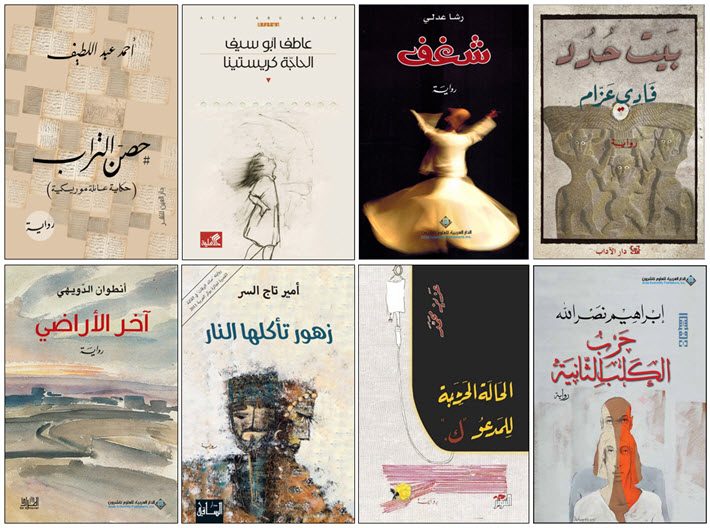 These are eight of the 16 longlisted titles for the 2018 International Prize for Arabic Fiction. Top row from left: ‘The Earthen Fortress’; ‘Christina’; ‘Passion’; and ‘Huddud’s House.’ Lower row from left: ‘The Last Country’; ‘Flowers Consumed by Fire’; ‘The Critical Case of “K”‘; and ‘The Second War of the Dog.’ The second set of eight is below

The Arab Novel as ‘The Voice of Our Time’

Sixteen novels have been placed into competition this week for the 11th International Prize for Arabic Fiction (IPAF), a collection chosen by the jury from 124 entries published between July 2016 and June 2017.

The winner of the prize is honored with $50,000, and each of the six shortlisted authors is given $10,000. The program named the author Mohammed Hasan Alwan its 2017 winner last year for his novel A Small Death. You can read our interview with him here. 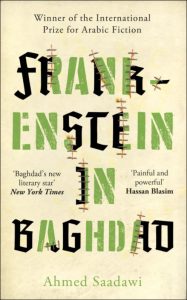 The Oneworld cover for the UK release of Ahmed Saadawi’s book, translated by Jonathan Wright

As reported by Publishing Perspectives, the prize program also supports a workshop program for emerging writers in the Arab world—a nadwa, as it’s called—sponsored in part in 2017 by the Abu Dhabi Music and Arts Foundation.

One of the reasons for this prize’s high regard in the global industry is that funding is provided to have each winning novel translated into English. Organizers report, for example, that this year will see the publication in English of Ahmed Saadawi’s 2014 winner, Frankenstein in Baghdad, translated by Jonathan Wright, from Oneworld in the UK and Penguin Books in the USA—set for a release on Tuesday (January 23). 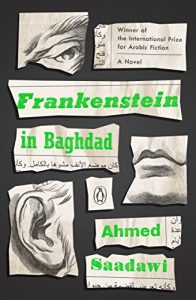 The Penguin cover for the January 23 release

Another is Rabai al-Madhoun’s 2016-winning Destinies: Concerto of the Holocaust and Al Nakba from Hoopoe Fiction. Publishing Perspectives has requested the name of the translator for the al-Madhoun book and will add the information when it’s provided.

In a prepared statement, Al Saffin speaks for the jury about the quality of the longlisted selections this year, and is quoted, saying, “The novels on the longlist are thematically and stylistically varied: realistic, fantastical, historical and social, but all in their different ways tackle Arab reality and the challenges faced by Arab societies on political, cultural and human levels, as well as grappling with questions of identity.

“They bring to life the tragic distortions and dreams of these societies, delving deep into the past to throw light on current issues.” 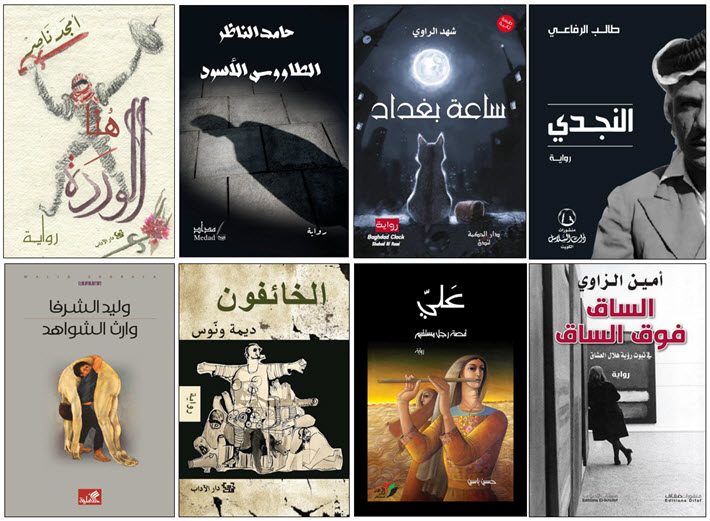 These are the second eight of the 16 longlisted titles for the 2018 International Prize for Arabic Fiction. Top row from left: ‘Here Is the Rose’; ‘The Black Peacock’; ‘Baghdad Clock’; and ‘Al-Najdi.’ Lower row from left: ‘Heir of the Tombstones’; ‘The Frightened Ones;; ‘Ali, The Story of an Honorable Man; and ‘Leg Over Leg: In the Sighting of the Lovers’ Crescent.’

‘Whispering in Our Ears”

This year’s trustee board chairman is Prof. Yasir Suleiman CBE, and in the program’s media materials, Suleiman is quoted, saying, “The longlist for this year sees the return of writers who appeared on IPAF lists in previous years as well as authors who make their debut for the first time.

“This combination of talent is a testimony to the enduring value of the prize as a platform for Arabic literary creativity in its continued effort to grapple with some of the most pressing issues in Arab life.

“It is this commonality of interest that marks the Arab novel as the voice of our time, whispering in our ears, subtly but boldly, that creativity knows no bounds in its rendition of the human condition in troubled times.” 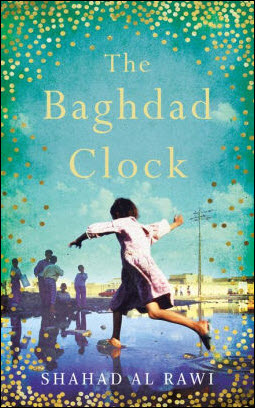 Suleiman’s reference is to the fact that three of this year’s longlisted authors have been shortlisted in the past:

Nasrallah and Elsir also have served as mentors in the nadwa/workshop program. They also have been longlisted in the past, as have Fadi Azzam, Antoine Douaihy, Hamed al-Nazir, Taleb al-Refai and Amin Zaoui–which does underline Suleiman’s sense of the prize now gathering a kind of gravity of its own, becoming a reliable quality over time.

One of the books longlisted, Shahad Al Rawi’s Baghdad Clock, has been translated into English by Luke Leafgren and is expected from Oneworld in a UK release set for June 26, with Amazon.com listing a May 8 release in the United States.