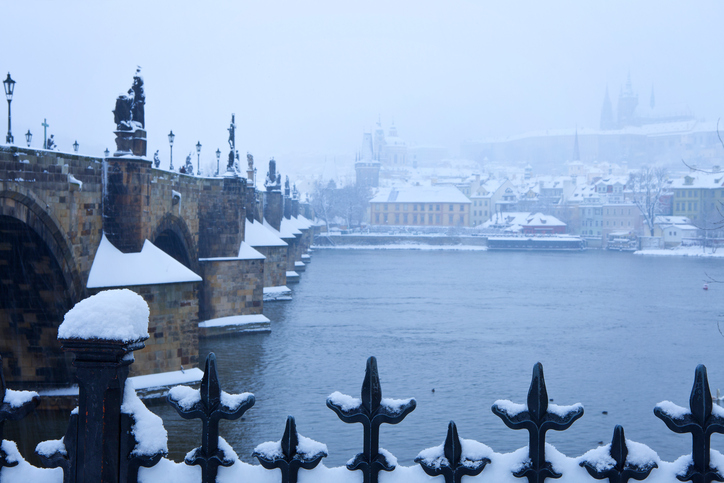 A new tax law allows Czech companies to offer tax-deductible book vouchers to employees. Publishers are hoping for a boost in book sales and book prices. 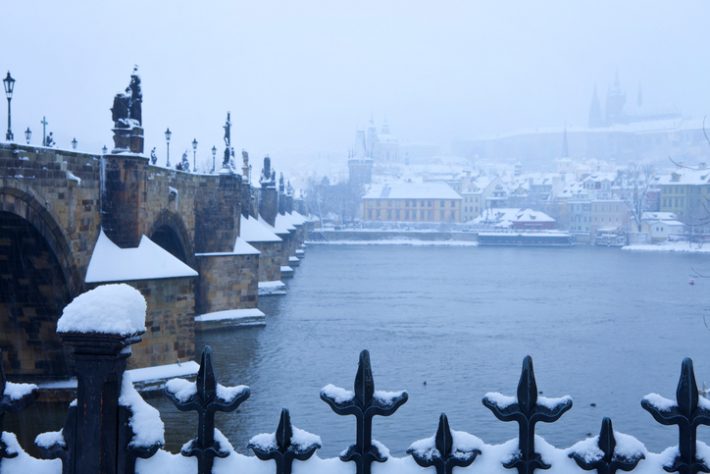 At Prague’s Charles Bridge on the Vltava. Image – iStockphoto: Gornostaj

‘We Expect a 2- to 3-Percent Rise’ in Annual Sales

A provision in the Czech Republic’s tax law has taken effect as of January 1, 2018, allowing local companies to provide their employees with tax-deductible vouchers to purchase books—and raising hopes in the publishing industry of higher book sales this year.

The move has been praised not only by representatives of the country’s publishing community but also by local employee benefits providers, which will intermediate between readers, booksellers and publishers. Local observers say that the number of brick-and-mortar and online bookstores that will accept the program’s book vouchers will report rapid growth in the Czech market in coming months.

Martin Vopěnka–chairman of the Prague-based Czech Booksellers’ and Publishers’ Union (SČKN) and founder of the publishing house Práh—tells Publishing Perspectives that the country’s book industry expects the measure to provide stimulus to the country’s book sales.

“As a result of this legislative change,” he says, “we expect a longtime, positive effect [that will impact] the book market. We  expect a 2- to 3-percent rise” in annual sales.

The SČKN leadership says the development has the potential to make books more affordable to readers with lower incomes.

“I can imagine a situation,” says Vopěnka, “in which employees of lower income groups use this option to buy children’s books that they wouldn’t otherwise be able to afford. Then this change could really support the development of children’s readership, which is very much needed.”

The country’s publishing industry reported sales of some 7.8 billion koruna (US$365.7 million) for 2016, an increase of 4 percent compared with a year earlier, according to a market report released by the SČKN.

One question that comes with this new legislation: will average book prices increase? Czech book prices fell in 2016 to 261 koruna (US$12.2). This represented a decrease of 4.7 percent compared with a year earlier.

While the book allowance benefit is a source for optimism by local publishers, the Czech industry continues to call on the government to lower the value-added tax (VAT) rate on books. The SČKN says that the industry’s growth is hampered by the tax rate, which stands at 10 percent.

“I can imagine a situation in which employees of lower income groups use this option to buy children’s books that they wouldn’t otherwise be able to afford. This change could really support the development of children’s readership.”Martin Vopěnka

In neighboring Slovakia a similar provision to the new Czech book allowance was implemented at an earlier date. Slovakia’s book allowances are the third most popular employee benefit, preceded by holiday allowances and pharmaceutical product allowances, according to Václav Kurel, the president of local company Benefit Plus, as reported in a statement released by the SČKN.

The Prague-based company says that it provides benefits to the employees of some 200 companies and has more than 100,000 users from the Czech Republic in Slovakia.

“We expect similar developments in the Czech Republic,” Kurel said.

That said, Vopěnka nevertheless suggests caution in drawing conclusions that the Czech Republic’s experience will match Slovakia’s, because “the Slovak book market is much smaller, so the experience from Slovakia is not automatically transferable to our market.”

The Czech Republic has a population of about 10.56 million, and Slovakia has about 5.43 million inhabitants, according to figures from the World Bank. The two countries once formed Czechoslovakia, but were partitioned in 1993.

Based in Prague, the SČKN says its activities date back to 1879. The association was re-established in 1990, following the Velvet Revolution that ended communist rule in the Czech Republic.

The SČKN currently has 170 members, and it is part of the Federation of European Publishers (FEP) and the European and International Booksellers Federation(EIBF).

Also happening now, the Union of Czech Booksellers and Publishers is accepting entries for the 50,000-koruna (US$2,339) Jiří Orton Prize, awarded to a young author (30 or younger) working in prose or poetry in the Czech language. To be eligible, a book must have been published in 2017.

The deadline for nominations is January 31. An application form is available for download here.

For more on issues of VAT in the European book markets, see our report (December 6) on demands for Brussels to address the issue of VAT and book formats.