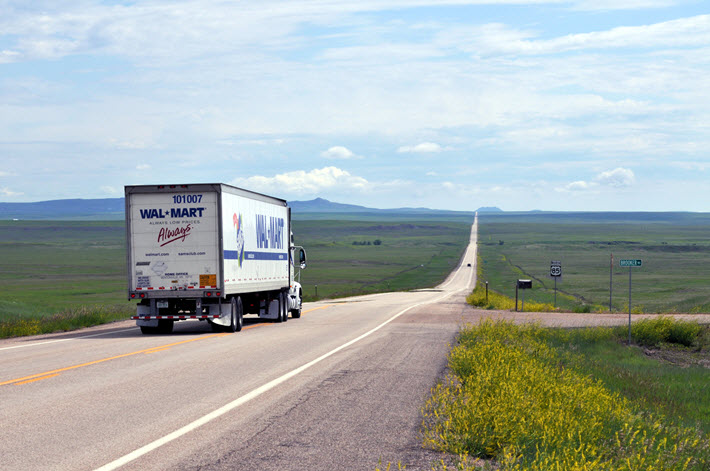 Having once left the American ebook market largely to Amazon, Kobo has now re-entered the US market by selling ebooks and audiobooks through Walmart.

In the past, Toronto-based ebook retailer Kobo has largely seen the United States market as Amazon territory, both in terms of content and devices. And that led Kobo CEO Michael Tamblyn and his associates focus on Canada and the international stage.

But now, Kobo has set its sights on the US through a partnership with Walmart.

In a statement given Sarah Perez at Techcrunch, Tamblyn said: “We’re very excited to come to the US and bring ebooks and audiobooks to Walmart, and take advantage of the scale that a market leader and a leading bookseller like Walmart can provide.”

To Kobo, the “strategic alliance that leverages each company’s unique strengths” announced by Walmart presents what Tamblyn reads as a way to enter Amazon’s home market with a powerful retailer as his vehicle in Walmart.

“Kobo has been very successful in working with market-leading book retailers around the world,” Tamblyn says, “to provide a very competitive experience in the ebook space.”

The international work Tamblyn is referring to, of course, refers to an accelerating series of interesting moves by Kobo, including:

The new arrangement between Tokyo’s Rakuten–Kobo’s parent–and Walmart brings Kobo’s e-reading devices to the stores along with ebooks and audiobooks. The statement from Rakuten puts it this way:

“As part of this alliance, Walmart will become Rakuten Kobo’s exclusive mass retail partner for the Kobo brand in the US, offering Kobo’s nearly 6 million titles from thousands of publishers and hundreds of thousands of authors to Walmart.com customers.

“Walmart.com will offer ebooks and audiobooks for sale later this year. Walmart will also sell digital book cards in stores, enabling more than 4,000 stores to carry a broader selection of books for customers.

“All ebook content will be accessible through a Walmart/Kobo co-branded app available on all iOS and Android devices, a desktop app and Kobo e-Readers, which will also be sold at Walmart later this year.”

In Walmart’s statement, Tamblyn frames the move as part and parcel of his operating mode in other parts of the world.

“Walmart is one of the top retailers in the world and one of the largest booksellers in the US. Our strategy from day one has been to partner with the world’s best retailers so that they can easily offer their customers the option of reading digitally.

“This informs the software and devices we create, the books and authors we promote, and also the partnerships we build. For us, this is another great opportunity to serve book lovers at Walmart, those people who make reading an important part of their lives.”

The opening move in this effort is an audiobook edition of Zoe Whittall’s The Best Kind of People, narraged by Sonja Field and available exclusively from Kobo. The book was a finalist in the 2016 Scotiabank Giller Prize. 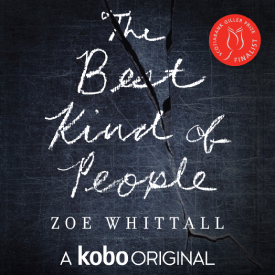 In its announcement of the Originals program, Kobo’s Pieter Swinkels, executive vice president for publisher relationships and content, is quoted, saying, “We are quickly ramping up the program, and are working in close collaboration with agents and publishers to create a robust exclusive catalogue to serve booklovers here in Canada and abroad.

“There is a lot more to come, with more exclusive content launching throughout the year.”

And this–”more to come”–was the message from Tamblyn in April at Publishers’ Forum, the annual conference backed by Klopotek in Berlin and directed by Rüdiger Wischenbart. There, Tamblyn developed a couple of his most compelling phrases–he’s always an effective speaker–as he tried to impress on the publishers gathered in Germany for the event that they are in “an arms race of monetized distraction.”

This is what he calls a “fifth wave” of challenges now faced by publishers, all about “the fight for time. We live in an attention economy.”

Context: Amazon and the Others 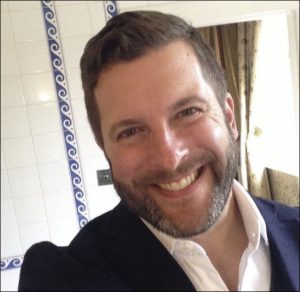 Kobo’s Michael Tamblyn: In ‘an arms race of monetized distraction’

And indeed, in the wider picture, it’s important to note that there are several potentially competitive dynamics being arrayed around Amazon at the moment.

It may not even be accurate to call these “challenges” to Amazon’s dominance. So formidably ahead of other efforts in the digital reading space is Seattle that competitive attempts usually seem quixotic. But it’s worth noting that we’re seeing:

In order to keep things in perspective, it’s good to remember that most estimates place Amazon’s control of the US ebook market at something above 80 percent. When it comes to tilting, this is a vast, sophisticated, and masterfully competitive windmill. If anything, Gurman’s talk at Bloomberg of Apple being “ready to take on Amazon.com in the digital book market again” is the kind of fighting words that naturally tend to come from coverage outside the publishing industry and thus less contextualized by the reality Amazon’s scale.

Nevertheless, Kobo on the international stage clearly has found gold in those partnership hills and–except for in its native Canada, where it holds the lead–it’s a much more recognized brand outside the North American space than in.

While the Kobo commercial sales and devices operation is quite a different division from the indie platform, it’s worth noting that Lefebvre has reported some 75,000 authors registered to Kobo Writing Life, about 35,000 of them actively publishing. Roughly 45 percent of those authors are States-based.