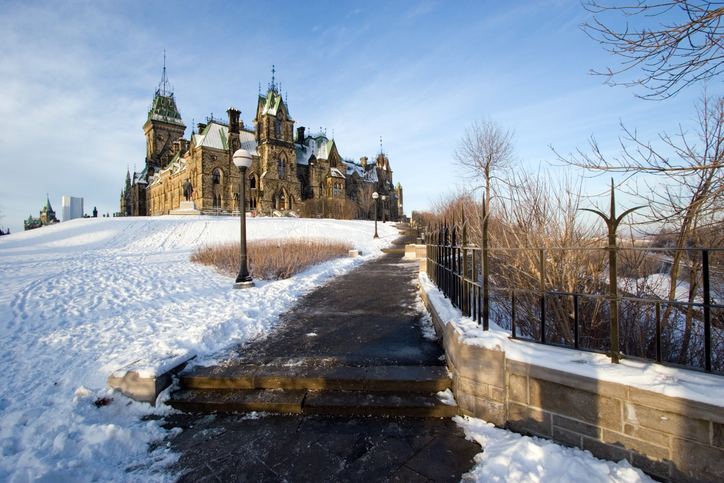 Having cost publishers an estimated $50 million a year in lost revenue, Canada’s Copyright Act is overdue for an update, according to many stakeholders in publishing. 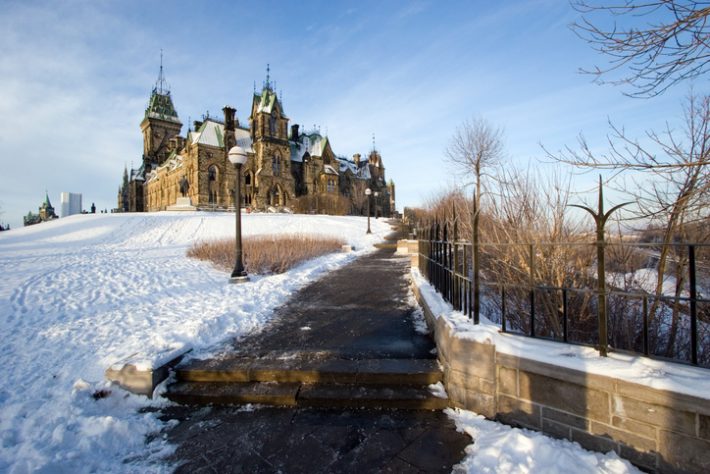 Canada’s Parliament complex in Ottawa, where the House of Commons has approved a five-year review of the Copyright Modernization Act. Image – iStockphoto: R McGuirk

‘Nothing Short of Disaster’

A motion has been put forward and approved in Canada’s House of Commons, launching the parliamentary review process of the internationally debated 2012 Copyright Modernization Act.

In speaking to Publishing Perspectives in 2016, Nicole Saint-Jean, president of L’Association nationale des éditeurs de livres (ANEL), the French-language book publishers’ association in Canada, called the Copyright Modernization Act “nothing short of disaster” for many Canadian authors, creators, and publishers. Now, with estimated losses of revenue to publishers in the range of $50 million per year, the crisis, as Saint-Jean wrote at the time, “has proven worse than we ever imagined.”

“A well-functioning copyright framework should enable Canada’s creators to take full advantage of the opportunities presented by digital technology, provide a supportive environment for business and investment, and position creators for success in a competitive marketplace.”Canada's Copyright Modernization Act review announcement

The motion was presented by Navdeep Bains, minister of innovation, science and economic development, and Mélanie Joly, minister of Canadian Heritage, which oversees culture and the arts.

The news that the review has been approved will be welcome to the many who have closely watched the Copyright Modernization Act, making it the world’s most recognized emblem of controversial copyright legislation in digital times. The five-year review is called for by the 2012 legislation itself, but no announcement of its activation was made public until shortly before the holidays.

Publishing Perspectives today (January 2) has been told by Glenn Rollans, publisher with Edmonton’s Brush Education and president of the Association of Canadian Publishers, that prior to the proposal of the motion, Liberal Party parliamentarians were understood to have secured the support of all other parties in the house, ensuring unanimous passage of the motion.

Rollans is familiar to Publishing Perspectives’ regular readers for his commentary on the copyright act and its impact on publishing in Canada, and he joined a Publishing Perspectives Talk panel at Frankfurt Book Fair’s Business Club, which also featured Michael Healy of Copyright Clearance Center; Caroline Morgan of the International Federation of Reproduction Rights Organizations (IFFRO); and Jessica Sänger of the Börsenverein des Deutschen Buchhandels.

Briefly, the problems with the Copyright Modernization Act—as examined in a Toronto conference in November—have to do with the scope of “fair dealing” (called “fair use” in some cultures) to include education. Universities have worked along the lines of a “10 percent” approach, which other educational institutions, including K-12 schools, have then adopted. In some university settings, instructors have allowed themselves to copy up to 10 percent of a book, or a full chapter, and to then distribute this copied material to students without a publisher’s permission and without paying a licensing fee, sometimes called a tariff. 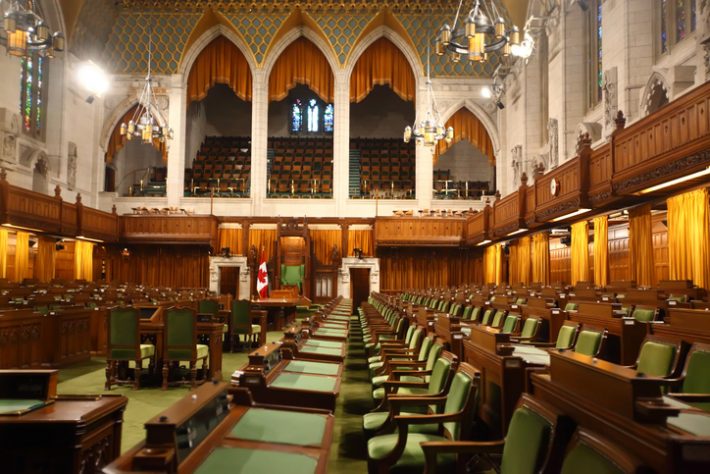 The House of Commons chamber in Canada., Image – iStockphoto: Bukharova

Notes on the Review Process

“This framework should also make it easy for users to discover, access and use a variety of quality content, as well as promote our culture and heritage.”Canada's Copyright Modernization Act review announcement

In coordination with Kate Edwards, executive director of the Canadian publishers association, Rollans has let us know that procedures for the review should see it referred to both ministries’ standing committees–that of Bains’ economic development ministry and of Joly’s heritage ministry. But under parliamentary rules, “only one committee is allowed to write a final report,” Rollans says.

“In this case, industry is identified as the lead and will ‘hold the pen,'” in producing the report.”

Aspects of the review will be sent from the industry committee to the heritage committee for examination, and their findings will be filtered back through industry.”

Some further points from Rollans:

Initial meetings are to take place in early February, although the committees are to prepare witness lists during January. 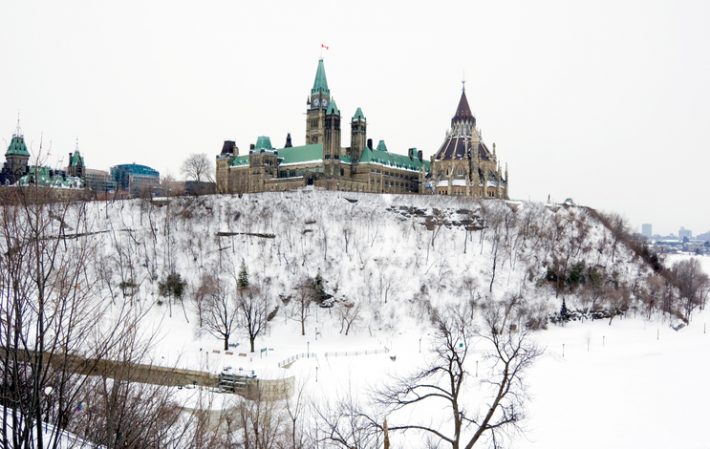 ‘To Thrive in the Digital Economy’

It’s interesting to note the language in which the review announcement dated December 14 from the ministry on innovation, science, and economic development is framing the Copyright Modernization Act debate.

“In today’s fast-paced creative economy,” the statement reads, “it is critical for Canada to maintain a comprehensive copyright framework, one in which Canadian creators get fairly compensated for their work, users benefit from great choices and business can thrive. The act creates a healthy environment facilitating investments, job creation and opportunities for all Canadians.

“A well-functioning copyright framework should enable Canada’s creators to take full advantage of the opportunities presented by digital technology, provide a supportive environment for business and investment, and position creators for success in a competitive marketplace. This framework should also make it easy for users to discover, access and use a variety of quality content, as well as promote our culture and heritage.

“The review will provide parliamentarians with an opportunity to examine the legislative framework in support of these objectives.”

In a prepared remark, Bains of the economic development ministry, is quoted, saying, “In order to thrive in the digital economy, we need to support both creators and users of copyrighted content by providing them with a predictable, transparent and effective legal environment. I am looking forward to the review as it provides an opportunity to ensure that Canada’s current copyright framework effectively supports creativity and innovation.”

And Joly, speaking for her Canadian Heritage ministry, says, “Our government is committed to helping Canadian creators succeed and having great content easily discovered and enjoyed in Canada and abroad. This requires a copyright framework that works well in the context of our fast-paced digital world and provides creators with opportunities to get fair value for their work. We thank parliamentarians in advance for their work in reviewing the Copyright Act to ensure that it supports Canada’s world-class innovation and creativity.”

The announcement from Bains’ ministry includes a note that “Copyright is a major driver of the Canadian economy, with core copyright-based industries representing an estimated contribution of $50 billion to the GDP and accounting for 483,000 jobs in 2015.”

In addition, the statement released to the media says, “Reform measures are anticipated over the course of the next year to enable creators to get paid properly and on time and to seize new business opportunities in today’s fast-paced economic environment.”