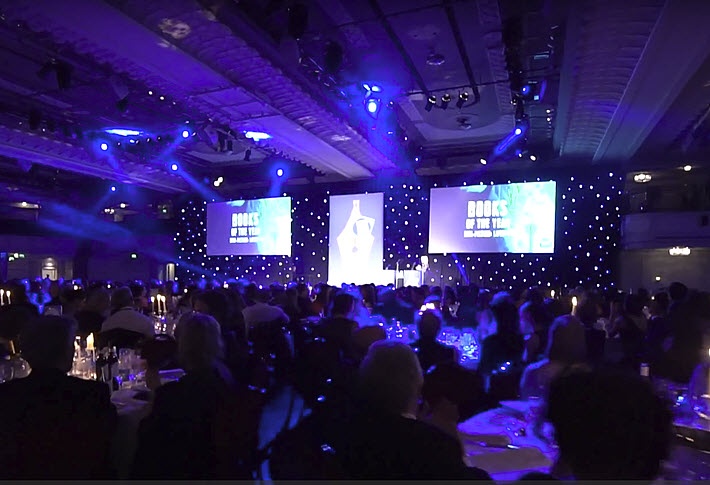 British Book Award organizers have added an Author of the Year and Illustrator of the Year honor to the list of ‘Nibbies,’ as well as a new audiobook category to the Books of the Year division. 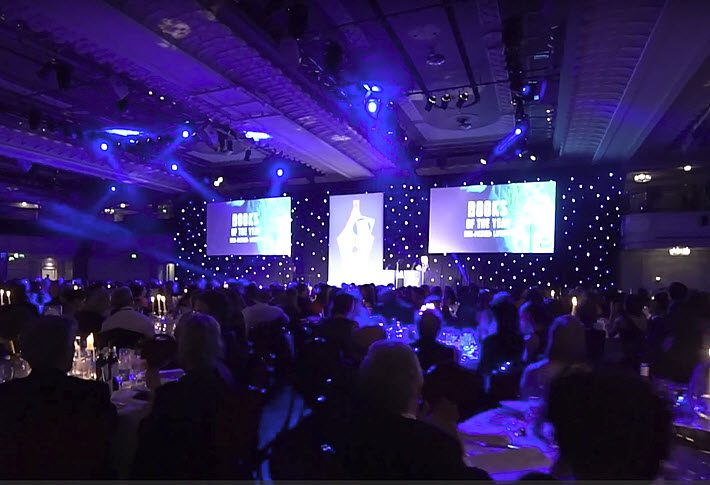 At the 2017 British Book Awards ceremony on May at London’s Grosvenor House. Image: The Bookseller

The British Book Awards program, in its second year in the ownership of The Bookseller, today (January 5) announces new new categories among the “Nibbies,” as they’re known, and opens the competition up to entries for some 25 awards.

The deadline for entries is February 9, and the awards’ re-branding which began last year now has a new logo.

In January 2016, Bookseller editor Philip Jones announced the acquisition of the Nibbies from the estate of Publishing News founder Fred Newman. On May 14, when these awards are presented at Grosvenor House in London, the program will for a second year bring together the British Book Industry Awards and the British Book Awards. Last year’s wins, as reported by Publishing Perspectives, were well-received.

This year, even more commendations have been made available, two in the creative arts, and one as an added category on the publishing side.

In information given to the media, it’s pointed out that the addition of audiobook means that the Books of the Year division now will recognize seven categories: children’s; debut; fiction; crime and thriller fiction; lifestyle nonfiction; narrative nonfiction; the new audiobook category–plus the overall Book of the Year.

The newly created Author of the Year honor goes beyond sales success and is intended to assess writers nominated by their publishers, additionally, on “an author’s support for the wider book trade.” And the Illustrator of the Year, the material says, should “recognize the overall contribution of illustrators to a book’s success.”

In a prepared statement, Bookseller chief Nigel Roby is quoted, saying, “This year ’s additions enable us to recognize the creativity from the audio part of the market, which is showing such significant growth, and to honor the individuals who are at the heart of the book trade.

“Having a specific award for Author of the Year clearly makes absolute sense and publishers have been enthusiastic in their support for its introduction. Similarly, illustrators are a vital part of expanding book readership, especially among young readers, and should be recognized officially”

And Jones is quoted, saying, “The Audiobook of the Year award will enable us to showcase the brilliant work done by narrators and publishers of audiobooks at a pivotal movement for the format.”

The British Book Awards now comprise this list of honors. The division headers are linked to entry guides.

Books of the Year

There is a site for the 2018 British Book Awards here. 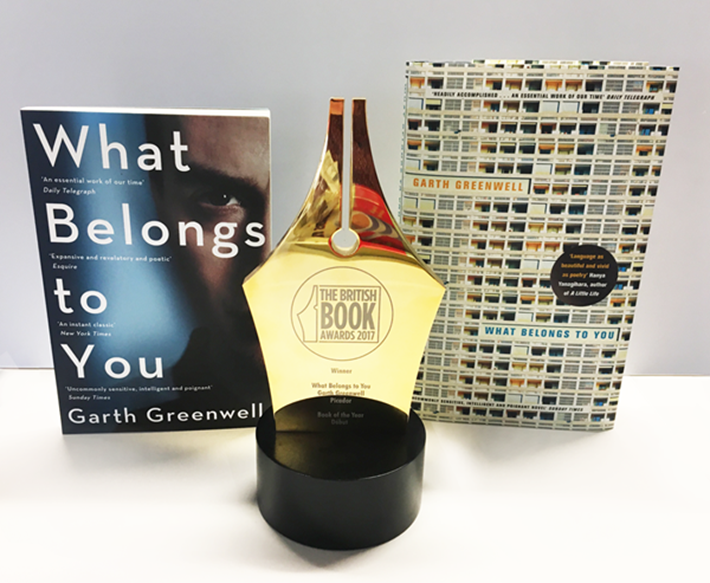 Garth Greenwell’s ‘What Belongs to You’ won the 2017 Debut Book of the Year prize in the British Book Award, the Nibbies. Image: Pan Macmillan