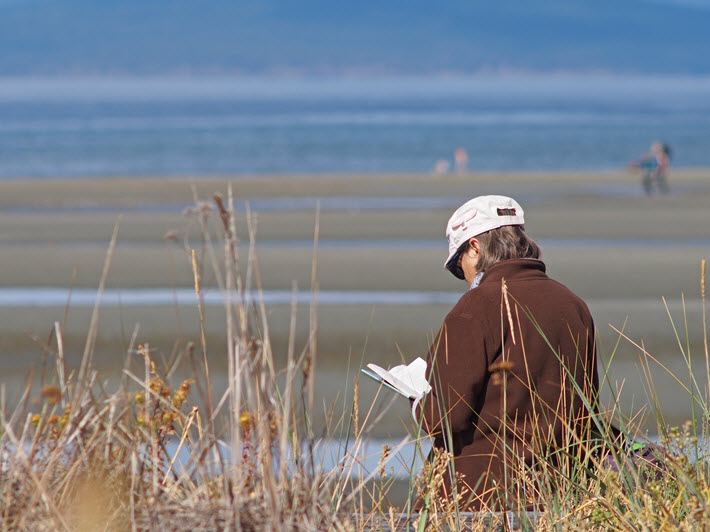 BookNet Canada reports that backlist book sales were strong in the English Canadian market in 2017, showing two percent growth in sales and accounting for two of the top five bestsellers. 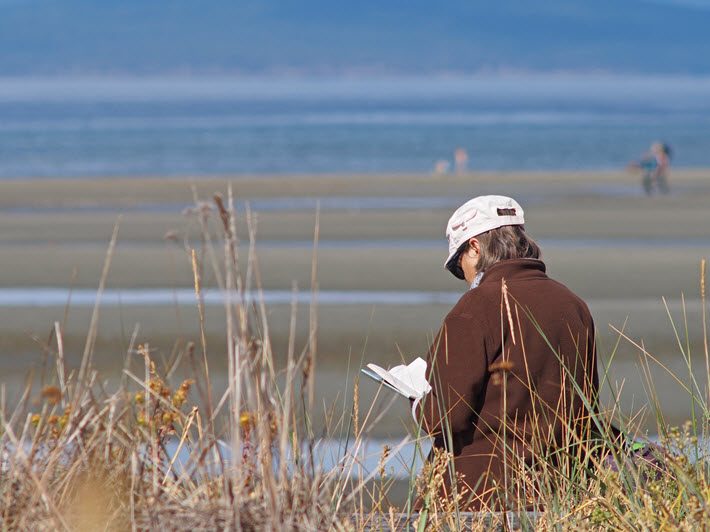 Reading on the beach at Parksville on Vancouver Island. Image – iStockphoto: Tamas V

“Though juvenile as a category once again reigned supreme, the five bestselling print books of the year were adult titles.”BookNet Canada on 2017

BookNet Canada is reporting that English-language print book sales in the Canadian trade market fell 3 percent in value and 4 percent in unit sales, in year-over-year comparisons to 2016.

And in an interesting note regarding the children’s sector, while juvenile books accounted for 40 percent of all sales in 2017, the five bestselling titles of the year were adult books.

Based on unit sales in BNC SalesData, which tracks 85 percent of the print market in Canada, the BookNet staff writes, the top seller of the year was the trade paperback edition of the self-help book The Subtle Art of Not Giving a F*ck by Mark Manson. That was followed by:

Kaur’s popular appeal in the 2016 poetry category saw a 79 percent jump in sales “that was largely due to Milk and Honey,” says BookNet’s report, “and the debut continued to see strong sales in 2017.”

In juvenile books, of course, the top seller for 2017 was The Getaway by Jeff Kinney–the ubiquitous Wimpy Kid marches on–and that was released in early November.

The next biggest hits in the category wer Wonder by R.J. Palacio and Dog Man Unleashed by Dav Pilkey.

60 Percent of All Print Sales in 2017 Were Backlist

These statistics are drawn from sales reported by “a subset of retailers who report consistently to BookNet Canada’s sales tracking service, BNC SalesData, and so can be used to track year-over-year changes in the print market.”

Digital enthusiasts will want to note this line: “BNC SalesData does not track the sale of ebooks, digital audiobooks, or used books, any of which could have an impact on declines seen in the print market.”
As in the American market, backlist is driving sales as the industry soldiered on in 2017 without new blockbuster material. In some good commentary from BookNet, we read:

“It’s interesting to note that two of the top five books—The Subtle Art of Not Giving a F*ck and Milk and Honey—are both backlist titles, having been published in September 2016 and October 2015, respectively.

“The edition of Wonder that came in second among juvenile books is also an older title; the trade hardcover came out in February 2012. Sales of that title, of course, were likely buoyed by the film adaptation starring Julia Roberts, Owen Wilson, and Jacob Tremblay that was released in November.

BookNet Canada, founded in 2002, is a nonprofit organization which “develops technology, standards, and education to serve the Canadian book industry” and is followed by the media as the key reporting agency on the state of the market. Its work is supported by the government’s Canada Book Fund (CBF). 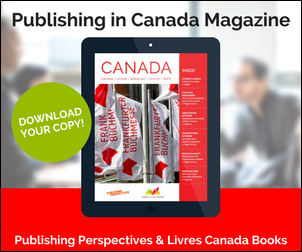 More of our coverage of the Canadian book industry is here.

Our “Publishing in Canada” magazine, produced in cooperation with Livres Canada Books, is available for download free of charge here.

Canada is Guest of Honor at Frankfurter Buchmesse in 2020.