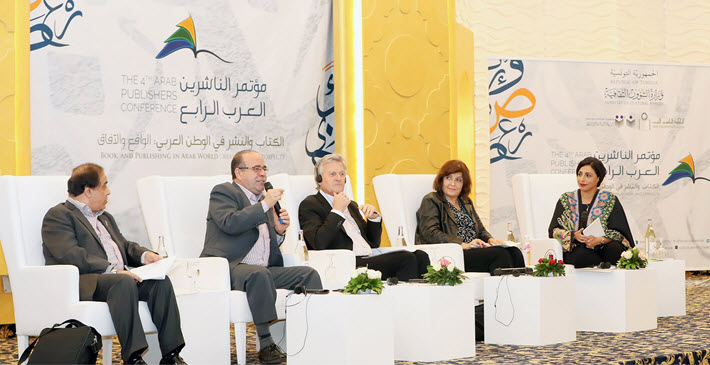 Censorship concerns many in the worldwide book industry today. The Arab Publishers Association conference in Tunis this month addressed the issue specifically in the Arab world. 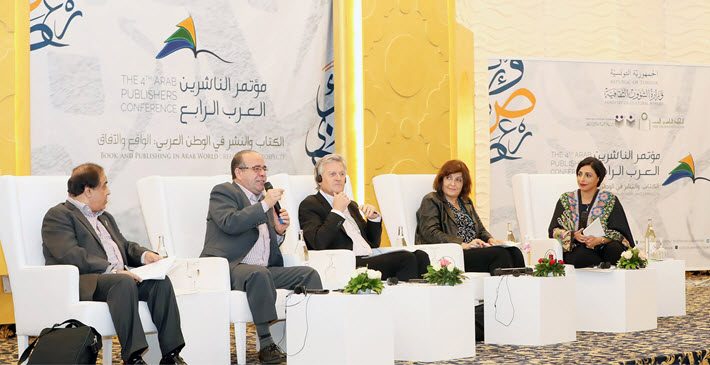 ‘Publishers Must Be Willing to Challenge’

Shortly before the announcement of the International Publishers’ Association’s shortlist for the 2018 Prix Voltaire, the fourth Arab Publishers Association (APA) conference was held in Tunis and addressed a number of issues and opportunities in the region.

The Arab Publishers Association was established in 1995 in a meeting in Beirut and today comprises some 808 publishers in its overall membership, with APA offices in both Beirut and Cairo. In its mission statement, the association describes its intent as being “to defend and develop the Arab publishing industry and protect intellectual property rights, and defense of Arab culture in all its components.”

The conference in Tunis earlier this month (January 9 and 10) staged 46 speakers in a program built around eight topics:

In a session of particular pertinence to many of the world’s publishing markets today, Shukri Al Mabkhout—the 2015 winner of the International Prize for Arabic Fiction for Al Talyeni (The Italian)—led a panel discussion titled “Censorship in the Arab World: Restrictions Imposed on Cultural Expression and its Impact on Creativity.”

The debate was moderated by the Sheikha Bodour bint Sultan Al Qasimi of the United Arab Emirates’ Kalimat Group and founder of the Emirates Publishers Association, who is a member of the IPA’s executive and Freedom To Publish committee. It’s that group that chooses the winners of the Prix Voltaire each year, and Bodour and Al Mabkhout were joined on the panel by the chairman of that committee, Norway’s Kristenn Einarsson. Also speaking were Lebanese author Iman Humaydan (Ba methl Beirut / B as in Beirut), and the Egyptian author Ahmed Al Shahawy.

Publishing Perspectives has been provided with a translated transcript of the session, and at an especially fortuitous moment: as our regular readers know, Macmillan author Michael Wolff’s Fire and Fury: Inside the Trump White House has triggered a cease-and-desist letter from Donald Trump along with the president’s talk of taking a “strong look” at US libel laws. With the world industry working to assess what it means when an American president tries to intimidate a Big Five publisher and talks of compromising US protections of freedom of speech, there’s a lot of energy around the subject of literary censorship.

In Tunis, Einarsson said in his opening comments on the censorship panel, “Obviously publishing is taking place in an environment that is constantly changing and in which the publishers themselves, through what they select to publish, influence both what is discussed in society and also how the works are received.”

You could ask for no better example of this than the Wolff book, and Einarsson was one of the IPA’s leadership that issued the organization’s statement of support for Fire and Fury publisher Macmillan/Henry Holt & Company and its CEO John Sargent.

“We think that publishers must be willing to challenge the boundaries that are established by society for the freedom to publish,” Einarsson said. “Our aim is really to publish all that we feel entitled to publish.”

Of course, as authors remind us, one of the most pernicious effects of state censorship is self-censorship, the impulse writers feel to repress their own creative impulses and needs to avoid intimidation and condemnation. And Einarsson was careful to include this in his comments: “I must say that a common challenge to publishers in all countries is the question of self-censorship.

“Even in countries with pure regulations on freedom to publish, as in contracts that come from Norway, publishers might have to consider the consequences of publishing. And it’s important that the publishing community all over the world stands together in supporting the necessity of challenging all actions that prevent publishing.” 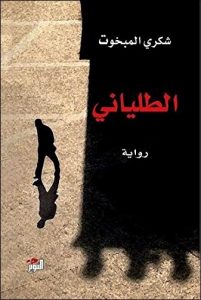 ‘The Italian’ by Shukri Al Mabkhout

In explaining the dynamic that can pit creativity against a state from the author’s point of view, novelist Mabkhout—who is Tunisian—said, “Some authors don’t like to write about normal things, but [prefer] to write about what really matters and concerns people and touches their ordeals and sufferings, and about the human psyche. These issues inevitably raise psychological and social problems.

“Such writers who are faithful to their literary work and want to stay true to their message for humanity, write about these topics and lead censors to ban books, pretending to be shocked, as if such topics don’t exist in society.”

Mabkhout spoke from experience. His The Italian looks at censorship, particularly as it can be practiced in the press, and its story is triggered by a troubling event, an attack by a man on an imam at his father’s funeral. It appears that this is one winner of the International Prize for Arabic Fiction (IPAF) that has yet to be translated into English, although a great hallmark of that competition is that winning titles are funded for translation. (We have just published news of this year’s longlist for the prize, and you can read that coverage here.)

The Italian was initially banned from bookshops in the United Arab Emirates, although press reports from the time indicate that no official reason was ever provided for the banning.

In his commentary on the panel, Al Mabkhout revealed that it was Bodour’s intercession that lifted that banning.

“I want to tell you a small story,” he told the conference audience. “I was sitting alongside a friend whose views totally conflict with mine.  While we were sitting, a woman approached me and said, ‘The person who was sitting next to you was the same person who banned your novel in the UAE. However, I called him last night and he cancelled the ban.’ This woman was Bodour Al Qasimi.”

“We must realize that each author has the right to write what he or she thinks and no one has the right to censor their work…individual freedom is a dilemma in the Arab and Muslim world today.”Shukri Al Mabkhout

Al Mabkhout went on to talk about how censorship looks to censors, a “belief that [a censor is] doing the job of protecting society.” He also mentioned generational challenges in this regard, older members of a society perhaps feeling more threatened by content that departs from traditional norms.

In his analysis of the drivers behind censorship, Al Mabkhout made some frank observations about the context of the Arab world. He pointed out that censorship in these cultures often revolves around sexual content, bans levied by authorities who are “afraid that it may stir up sexual desires” despite the fact that today “what a person finds on the internet is a thousand times more [sexually charged] than what an author could write in a book.”

He argued that censorship of this kind at some point simply is unrealistic. “What seems logically unacceptable,” said Al Mabkhout, “is that there’s a paradox based on social and moral hypocrisy in the Arab world. This is clearly manifested in men’s obsession with sex and the female body—demonstrated by radical and extremist organizations like ISIS and similar groups. These groups have a keen desire to return to the era of slavery, including sexual slavery.

“We must say things as they are,” he said. “To understand the issue of censorship, it is essential that we must realize that the problem does not lie in talking about the body or sex, but in certain Muslims who do not believe in individual freedom.

“This is the problem facing us today and we need to get out of it. We must realize that each author has the right to write what he or she thinks and no one has the right to censor their work. This can only be achieved when we believe deeply and sincerely in individual freedom, which is a dilemma in the Arab and Muslim world today.”

Egypt’s Al Shahawy was even more blunt, having given an extensive paper at the conference on his experiences of censorship since 1988.

“The books of ancient Arabic heritage were immeasurably more daring in addressing love than those available nowadays.”Ahmed Al Shahawy

“In fact, freedom in the Arab world is not sufficient for the people nor for a novelist or a poet,” he said. “There’s limited freedom in our countries in general. Censorship is practiced not only by Arab governments but also by society and religion, where we see different frustrating forms of censorship and the domination of religious bodies.”

Suppression has a long history in Arab cultures, said Al Shahawy, leading to a perverse kind of pride in such challenges: “It seems that we, the Arabs, rejoice when we practice suppression of speech and banning books,” he said. “Every president, ruler, or a governor derives his legitimacy and support by the use of suppression, not freedom. These leaders do their best to block all opportunities for writers because they believe that if freedom is given to a writer, it will enlighten and expand his intellect and mental horizons. 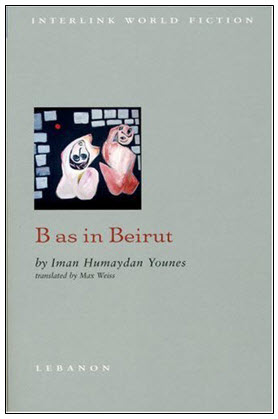 The author Iman Humaydan directs the Lebanon chapter of PEN International and described a program developed by the organization called “Read to Me.” It sends authors whose work isn’t part of traditional curriculum listings, particularly emerging writers whose work may be edgier than established voices’ writings.

“School administrations cooperate with us,” Humaydan said, “because public schools have a hunger for culture—many of them don’t have libraries, and this is why we are trying to support them.

“The slogan we’ve used,” she said, “is about thinking globally and working locally, because we were brought up by a generation that fed us hollow and empty slogans. We’re working for tangible achievements and our actions aren’t confined to criticizing censorship but also to trying to circumvent by developing generations who will read and fight for the freedom of expression.”

Humaydan used the charming phrase “accidental democracy” for Lebanon, as opposed, she said, to “a deliberate democracy, because we got it by coincidence due to the political situation…so we can experience our freedom of expression to some extent, but at the same time we suffer from censorship. Some books have been confiscated and some movies and theatre performances banned.”

Humaydan is proposing that a monitoring and reporting project be established in Lebanon to track and publicize Arab authors, writers, and journalists who are encountering repressive opposition. “There are many Arab writers, journalists, and authors,” shs said, “whose lives are endangered every day, many are threatened by imprisonment and a number even assassinated.”

‘What Will the Public Get in the End?’

In response to Bodour’s questions to the panel on self-censorship in particular, Einarsson pointed out that it exists not just for writers but also for publishers, for booksellers, and for libraries.

“And when you think about how all these steps to get to the reader are imposing their own degrees of self-censorship, you have to ask: what will the public get in the end?”

At the upcoming International Publishers Association 32nd International Publishers Congress in New Delhi, the issue of self-censorship will be addressed by a group of speakers including Kristenn Einarsson (of the Norwegian Publishers Association and IPA’s Freedom to Publish chair), as well as Thailand’s Trasvin Jittidecharak of Silkworm Books; India’s Hindu Group chairman Narasimhan Ram; and Norway’s William Nygaard, formerly of Aschehoug.

And more of our coverage of issues around the freedom to publish is here.