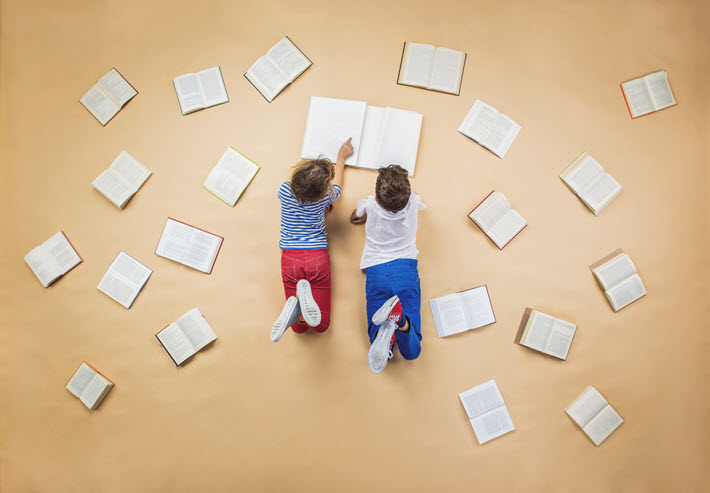 What will kids be reading in 2018? Scholastic editors issue five predictions about what children’s book trends will be popular and successful next year.

In a series of five points, the editors of Scholastic have set out predictions of what they think will be the top trends in children’s books for 2018:

Publishing Perspectives reported in early February on Scholastic’s biennial Kids & Family Reading Report, and this new set of observations is, in part, based on what came to light in that report.

In a prepared statement on the newly released round of predictions, Scholastic Book Clubs president Judy Newman is quoted, saying that the company’s editors gain deep insight into their market and its potentials, not least because they must “feature a wide range of choice all year long in our monthly, in-classroom flyers.

“Their expertise,” she says, “helps more children find just the right book at the right time to encourage a love for independent reading.” 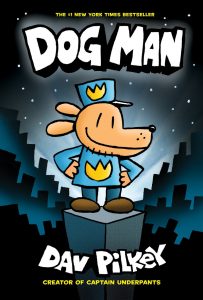 And she points out that some of the company predictions in the past have been right.

“As we predicted last year,” she says, “kids gravitated toward books that made them laugh—as seen with [author-illustrator Dav Pilkey’s] Dog Man, which has appeared for more than 52 weeks on The New York Times bestseller list to date and was also one of our most popular titles in Scholastic Book Clubs.

“We look forward to seeing how our predictions will play out in 2018 as more families take time to read aloud together—and laugh together—and work closely with their children’s educators to build a home-to-literacy connection through books.”

Not all has been laughter this year for the company, however, which is generally recognized as the world’s largest publisher and distributor of children’s books.

In the most recent earnings report, as covered by Publishers Weekly’s Jim Milliot, “Sales and earnings fell in Scholastic’s second quarter ended November 30, compared to the second quarter last year, but company chairman and CEO Dick Robinson said the company remains on track to hit its financial targets for fiscal 2018.

Among the house’s most critical difficulties has been the lack of new Harry Potter titles, accounting for an 18-percent fall in trade sales in the second quarter, Milliot reports. In fact, taking the first two quarters of Scholastic’s 2018 fiscal year together, sales fell 13 percent from the same timeframe in fiscal 2017.

Let’s look at some of the commentary offered by the company on each of its five predictions for 2018. In each case, Scholastic references titles not only from its own catalogues but also from those of other publishers. Our listings here are selected representative books mentioned. 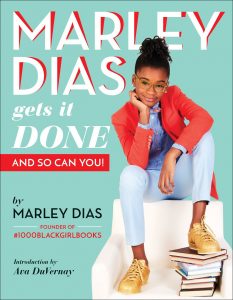 “Expect to see new fiction titles that will feature strong, female protagonists as role models for both girls and boys,” says the commentary from Scholastic’s editors in its top-line prediction that there are more such characters ahead in 2018 in children’s literature.

“In addition,” the guidance says, “many new nonfiction titles will explore stories about notable women who made history, as well current changemakers that continue to advance social progress.”

In a list of representative titles, Scholastic lists books not only from its own catalog but also from Simon & Schuster and Hachette, among them: 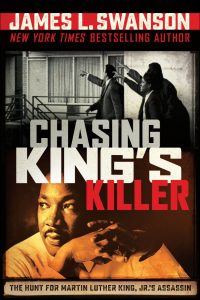 Here, the Scholastic editors are particularly interested in “civics education and media literacy…Many new nonfiction children’s books,” they write, “will place the reader in a time, place or situation through the protagonists’ eyes across various topics—ranging from climate change to World War II—to help them understand complex topics.” 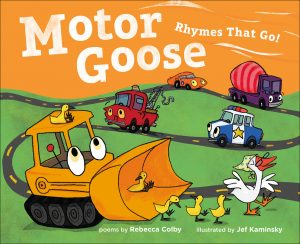 “This past year,” the Scholastic editors write, “many films and television series reimagined comic book and literary characters for a new generation.

“This trend continues in children’s books as readers revisit memorable characters like The Boxcar Children, The Magic School Bus and Jigsaw Jones, with brand new stories as these worlds expand with new characters and unexpected situations.” 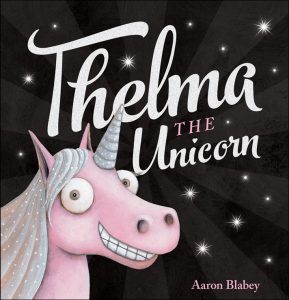 Exploration of “places and worlds” gets a lot of traction in Scholastic’s biennial Family Reading Report in terms of reading for fun.

“Unicorns, narwhals (yes, we know they’re real) and dragons,” write the editors, “will lead the way this year with engaging storytelling that explores the beauty of being unique and staying true to oneself. These stories come with a healthy dose of humor–the number one thing kids look for when reading a book for fun.” 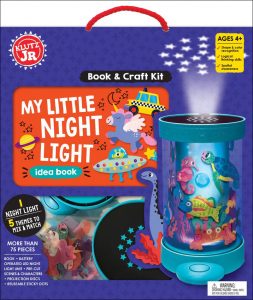 For some time now, NPD’s executive director for business development, Kristen McLean, has been stressing the rising importance of the “maker” class of children’s literature in which young readers are encouraged to exercise and develop their creativity.

Scholastic’s editors, in their 2018 predictions, seem to be aligned with this direction. “The call to educate children about STEM-related activities grows, and as a result, more book titles will feature special coding activities, scientific experiments, and more,” they write.

“Many books will be paired with popular characters and franchises to attract more readers to the world of STEM.”

Examples of this direction are the focus, in fact, of Scholastic’s Klutz series which, for example, in the first instance below, is a do-it-yourself night-light kit with transparent punch-outs that hcildren use to create 3D scenes that glow in the dark.

The complete report with 10 examples per category from Scholastic’s editors is here. One exercise that Scholastic recommends for families is its #NewYearReadingChallenge, a daily suggestion for reading-related activities in the home. You can download a free copy of the January edition here.