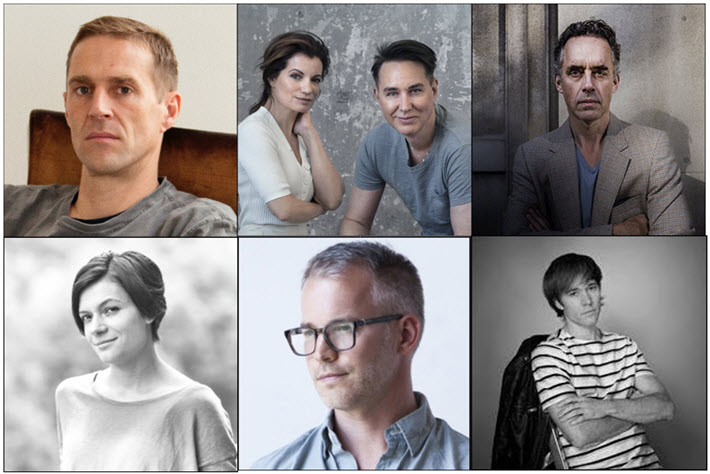 Even as a new and pressing discussion arises among agents and publishers about how audiobook rights are bought and sold, our roundup shows a robust rights-trading scene on the international publishing stage near the end of 2017. 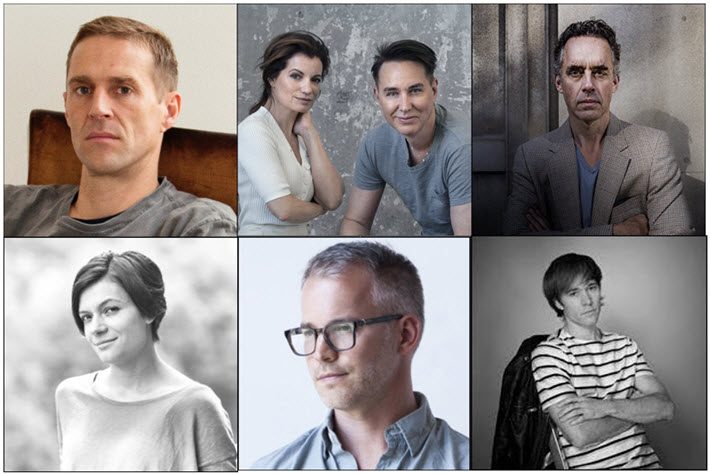 As we put together this rights roundup of sales information from many parts of the world, one of the issues coming out of the FutureBook conference this month in London was a difference of opinion in how audiobook rights should be sold.

The Bookseller’s Philip Jones, who moderated many of the panels in the conference’s “Audiobook Revolution” track, writes, “A number of agents raised concerns about how publishers are demanding audio rights when they also buy print…Agents want to be able to sell audio as a separate right, but many publishers no longer accept this as even a possibility.”

We invite agents and publishers who’d like to weigh in on this debate to get in touch with us. And if you’d like to report rights deals to us, you’ll find instructions at the end of this article.

Here’s a selection of interesting rights deals, with our thanks to all who have provided their information to us. 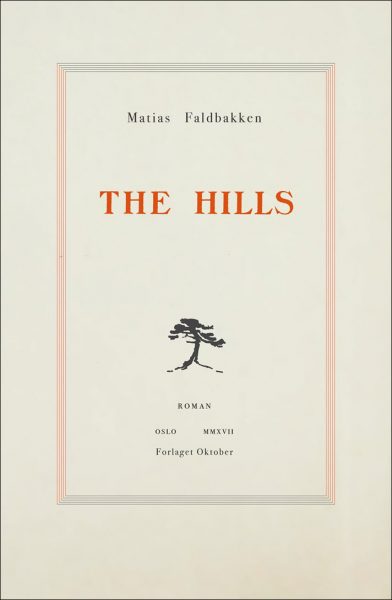 The title of Falkbakken’s novel is the name of a restaurant, The Hills, in what the agency describes as “a story of waiters and regulars, chandeliers and cloakroom attendants, mezzanines and storage cellars, bar managers and in-house pianists. 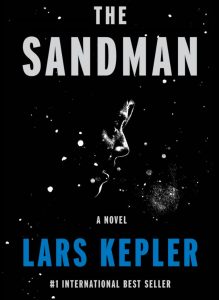 The coming US cover

“Lars Kepler” is a collective pseudonym for the Swedish wife-and-husband writing team Alexandra Coelho Ahndoril and Alexander Ahndoril. Their Joona Linna series has been optioned by Steve Golin’s Anonymous Content production company, with a plan to produce a film adaptation of The Sandman first. Agent Salomonsson will executive-produce with the Lars Kepler couple. A television adaptation of The Hypnotist has also been announced with Paramount Television. Golin and his Anonymous Content associate Kerry Kohansky-Roberts are executive-producing the TV series.

Ludvig Bergström Björn at the Salomonsson Agency further tells Publishing Perspectives that The Sandman will be published in hardcover for the first time in the United States in March by Knopf, the publisher that has published Jo Nesbø and Stieg Larsson in the States.

Vintage will reissue the Kepler backlist in new translations, beginning in June with The Hypnotist. (The Salmonsson Agency is Kepler’s publishing agent, and Kepler and Salomonsson are represented by WME, with Keith Fleer the attorney for The Salomonsson Agency.) 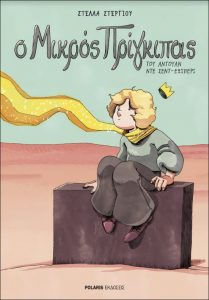 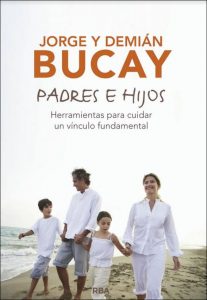 The son-and-father writing team of Jorge and Demián Bucay compare their views on family and education, with emphasis on what UnderCover’s Alexander Dobler calls “the difficult relationship between parents and their children.” 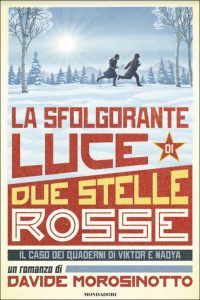 This is “the intriguing and atmospheric story of the twins Viktor and Nadia,” Dobler tells us, “separated in wartime Russia and reunited against all odds. It presents us with a chilling setting, from the perspective of two young heroes, boy and girl, as described through their diaries–authentic, emotional and cruel at times, but never without hope and full of humanity. 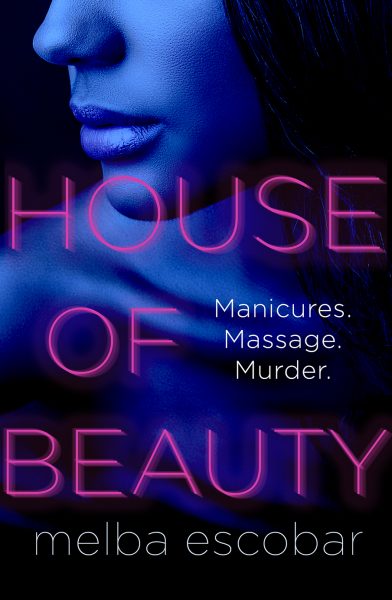 From the agency: “House of Beauty is a high-end salon in Bogotá’s exclusive Zona Rosa area, and Karen is one of its best beauticians. But there’s more…Her clients confide their most intimate secrets to her. One rainy afternoon a teenage girl turns up for a treatment with Karen, dressed in her school uniform and smelling of alcohol. The very next day, the girl is found dead.” 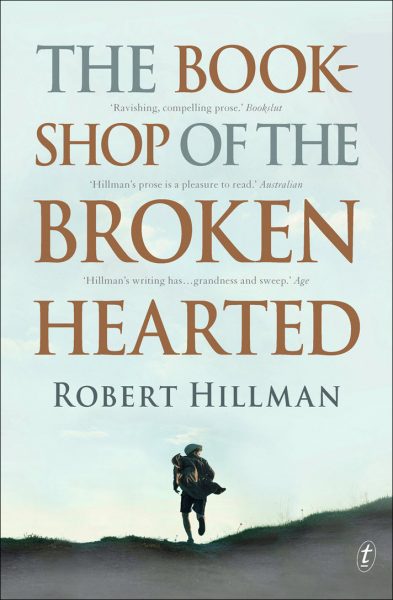 From sales copy for The Bookshop of the Broken Hearted: Set in 1968, 24 years after Hannah and her own little boy arrived at Auschwitz, Tom Hope is taking on a battle with heartbreak he can barely even begin to imagine. He can’t have been much of a husband to Trudy, either, judging by her sudden departure. It’s only when she returns, pregnant by someone else, that he discovers his surprising talent as a father. So when Trudy finds Jesus and takes little Peter away with her to join the holy rollers, Tom’s heart breaks all over again.” 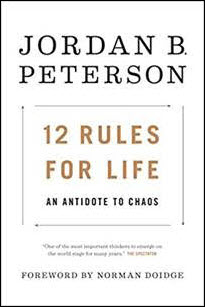 In 12 Rules for Life, psychologist Jordan B. Peterson provides what promotional copy says is an answer to the question of what “everyone in the modern world needs to know…combining the hard-won truths of ancient tradition with the stunning revelations of cutting-edge scientific research.” English publishcation is set for January. 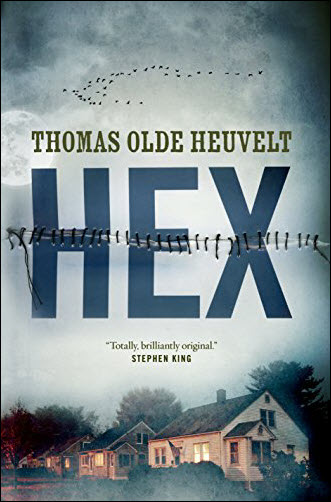 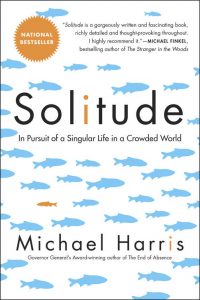 Governor General’s Literary Award-winner Michael Harris explores the profound emotional and intellectual benefits of solitude, and how we can achieve it in our fast-paced world. The capacity to be alone is one of life’s subtlest skills. Real solitude is a contented and productive state that garners tangible rewards: it allows us to reflect and recharge, improving our relationships with ourselves and, paradoxically, with others.

Do you have rights deals to report? Send an email to Porter@PublishingPerspectives.com including the following information: