If the arrival of the inaugural comics and graphic novel hall at Mexico’s Guadalajara International Book Fair this month meant that the graphic novel has come of age, that didn’t slow down the debate around the genre’s search for its place in publishing.

‘From Comic Book to Graphic Novel’

Shortly after winning this year’s Nobel prize for literature, Kazuo Ishiguro said in an interview with Japanese broadcasting network NHK World that he’d like to write a graphic novel.

“I love that form of storytelling,” he said, “and this is one of the things I am wanting to do. I want to try and work on some sort of graphic novel because this will take me back to some childhood passion.”

Graphic novels have been gaining popularity for some time, thanks in part to the involvement of high profile writers including Neil Gaiman and others. According to market tracking by Comichron, sales to North American comics shops nearly doubled between 2003 and 2016, although the progress is quite erratic from quarter to quarter.

Graphic novels’ gradual evolution, newfound cachet and even fashionability was the theme of  “From Comic Book to Graphic Novel,” a conversation staged as part of the salon’s programming. Other sessions included: 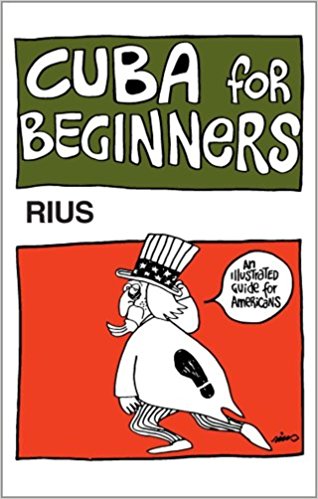 The forum where the program took place was named after Rius, the pen name of Eduardo del Río, a Mexican cartoonist who died in August after achieving widespread fame for his educational comic books focusing on political history. Among them are Cuba for Beginners (Pathfinder Press), published in 1970 in an English translation by Robert Pearlman.

“We want people to know that the comic is not just about superheroes, and that is what is going to set us apart from other exhibitions of this genre,” Armando Montes, the director of Guadalajara’s Salón del Comic said.

Writers and publishers generally agreed in many of the panel discussions that the graphic novel is enjoying a surge in interest among readers, fueled by a prior passion for comics and boosted by booksellers’ greater acceptance of the genre. To some degree, many say that graphic novels have managed to attract a level of respect not traditionally afforded to the comic book. 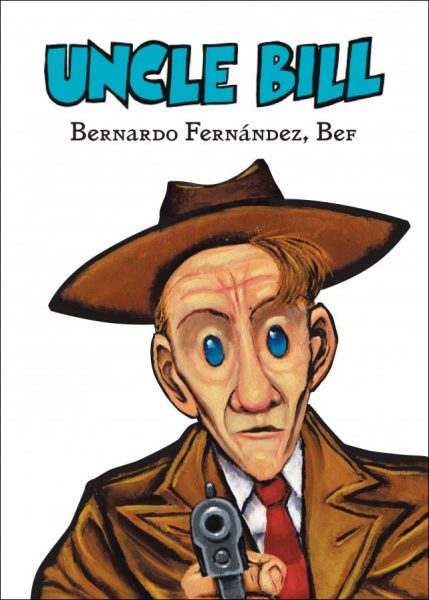 Still, despite the genre’s greater visibility and increase in popularity, a debate rages about whether the comic format can be classified as literature.

“The graphic novel is a complex narration, with the storytelling structure of a novel,” according to Mexican author Bernardo Fernández, who writes under the pen name Bef. He spoke in one of the program’s many panel discussions at Guadalajara.

“Literature serves to say important things about the complexity of the human condition,” Fernández said, “and that is what comics and graphic novels are doing, while some are just for fun and entertainment—conveying ideas that the average superhero can transmit.”

Among Fernández’s books is Uncle Bill (published by Sexto Piso in Mexico and Cohete Comics in Colombia). It’s a graphic-novel retelling William S. Burroughs’ troubled times in Mexico in the 1950s.

Fernández cautioned that the concept of comics being for children and graphic novels for adults is too simplistic.

“If the term ‘graphic novel’ is getting us into bookshops, then we’re winning.”Bernardo 'Bef' Fernández

“My generation would say that comics aren’t just for kids,” he said. “The last ‘comic’ I wrote was a graphic novel for 13-year-old girls, while the first one I published had no words. Because of the genre’s visual element, words are not always necessary, and a graphic novel doesn’t necessarily need great illustrators, but great narrators.”

Fernández declined to distinguish between the comic and the graphic novel, but accepted that the latter has opened a niche for itself in bookstores.

“If the term ‘graphic novel’ is getting us into bookshops, then we’re winning. I’m of the generation that would pick up the ‘garbage culture’”—the comics, or historietas—“from the newspaper kiosks, worthless stuff to be read on the bus and disposed of,” he said, referring to cheap, often pornographic comic books sold at newsstands in Mexico, popular among the male working class.

“And now we’re in bookshops with the same aim as any other writer,” 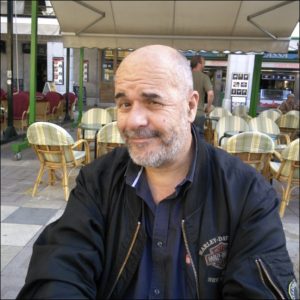 Rafael Vaquer Palmer, a Mallorca-born illustrator and author of the Johnny Roqueta series of comics, responded to Fernández.

“For me,” he said, “they’re all comics. It’s just that we’ve discovered that the comic also serves for conveying other kinds of messages—ideologies, knowledge, values, utopias, characters and personal stories.

“The comic is a visual language,” he said. “We can put movement and music in, color or black-and-white, it’s narrative that is drawn.”

“Muñoz said that the letters we use for writing are an evolution of drawings, and what the comic does is simply return to those drawings,” Vaquer Palmer said.

Álvaro Pons: ‘A Merging of Art and Literature’

Barcelona-born cartoonist and comic book author Álvaro Pons had another entry point to the discussion: “Some would say it’s simply an editorial marketing tool,” he said, reflecting on the fact that his cartoons appear in El País newspaper and various other media.

“The comic is not literature or art,” he said, “it’s much more than that. In comics there are so many expressions, and drawn narration is a merging of art and literature. But all of the definitions it’s been given have served it well. People will deny reading comics, as if they were an inferior genre, but the graphic novel is gravitating more readers toward the comic. So, at the end of the day, authors of comics will gain more readers thanks to the graphic novel.” 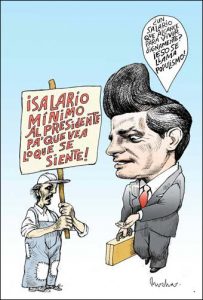 From the work of cartoonist Gonzalo Rocha

Gonzalo Rocha, a Mexican cartoonist who’s a regular contributor to La Jornada newspaper and who co-authored Cácaro (Resistencia)—a graphic novel telling the story of the country’s golden age of cinema—criticizes the fact that, as a more expensive product, the graphic novel is more elitist. The higher price paid for lengthier, hardcover editions, he said, doesn’t guarantee better-quality content.

“Sometimes there are comics that are deeper than graphic novels, the comics of Enki Bilal or Will Eisner, for example,” Rocha told Publishing Perspectives.

But a trend that began with Giraud and Hergé in the 1950s, of producing comics written and illustrated by one author, remains a risky publishing venture, he said, compared with the traditional comic containing works by multiple cartoonists that can appeal to different tastes.

And on the question of whether the graphic novel is closer to literature than the comic, Rocha referred to a comment by Colombia’s Nobel laureate Gabriel García Márquez.

“While he admired cinema as a ‘modern’ art form,” Rocha said, “García Márquez considered the novel to be the most avant-garde, as it requires readers to construct their own images. That’s something which cannot be achieved with cinema—or with the graphic novel.”