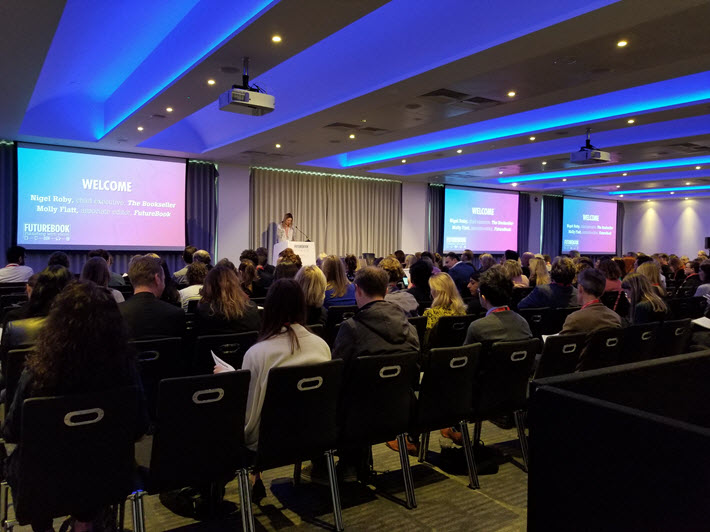 Two independent tracks of programming at London’s FutureBook conference held distinct messages for attendees, with players from both audiobooks and edtech talking about ‘efficacy.’ 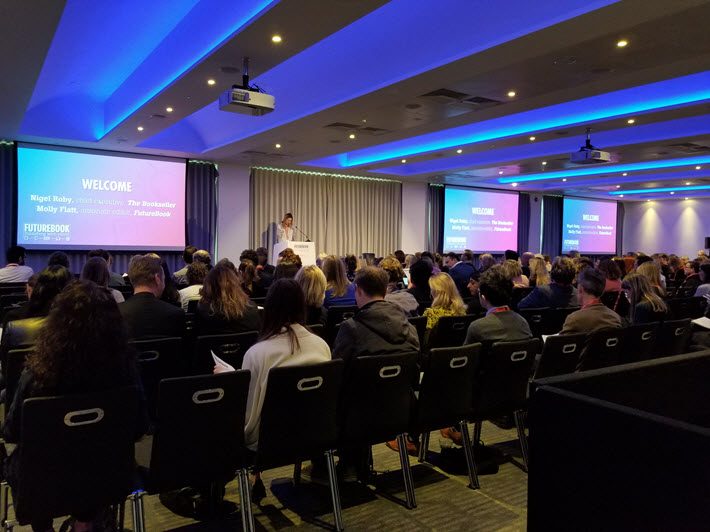 Amid Cheers, Notes of Caution

At this year’s FutureBook conference from The Bookseller in London, optimism Friday (December 1) during the audiobook sessions—with speaker after speaker predicting much more growth over the next decade—was tempered by Kobo‘s chief executive Michael Tamblyn who introduced a note of caution.

FutureBook again included independent tracks on the audiobook and edtech sectors of the UK publishing industry, along with sessions on technology and developments affecting trade publishing.

Speaking about how audiobook retailers can grow the market, Tamblyn said that competition is important for the sector but warned that “to allow that competition you have to keep the content catalogues open. If rights are bought up by a particular player, or publishers are held to exclusives, you create the conditions for a mono-culture.”

“I think education needs to happen on both the publishing side and the agent side,” Tamblyn said.

For now, he said, “people may have a check a being waved in front of them, but they have to ask if they want to live in a one-shop town.” Tamblyn didn’t mention any company in particular, but everyone knew that the elephant in the room was Amazon.

His fellow panelist Niclas Sandin of Sweden’s BookBeat—its parent company is Bonnier—echoed that warning, saying, “Competition means terms won’t be set by one retailer, and that’s crucial for the market.”

Tamblyn: ‘Broadening the Base’ 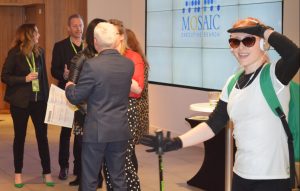 If there was one word that might speak to both tracks running simultaneously—audiobooks and edtech—it was efficacy.

It was a word being used in the edtech sessions, which focused on what impact digital learning tools may be having on higher education in the UK. And in the audio sessions, one of the efficacious outcomes of listening to books read by narrators is that they allow users to multitask.

Many of the audio publishers at the conference reiterated this obvious fact from the podium, but Australian audiobook service Bolinda went one step farther with a demonstration. An actress performed simulated activities during session breaks—hiking, cleaning, dusting, typing, dancing—while listening to audiobooks.  Bolinda’s founding CEO Rebecca Herrmann from Melbourne told the conference delegates, “We feel perpetual optimism about this market. Audio just seems unstoppable.”

Tamblyn’s typically humorous take on audio’s multitasking possibilities posed it as a “health and safety issue.” Pushing a stroller “while reading a book is not a good idea,” he said. “Our move into audio [in October] is about allowing people to enjoy books on those occasions when putting a physical book in front of them would involve danger to life and limb.”

He said that 32 percent of Kobo’s audio customers are new. “We’re not taking our existing ebook customers” for audio, he said. “We love it because it’s broadening the base of people who engage with Kobo.”

He also said he sees contrasts in the demographics between ebook and audiobook customers. “Typically, our ebook customers are women aged 45 to 55,” he said, “whereas with audiobooks, it’s people from 25 to 34. The ebook market tends to be fiction, but audio is more nonfiction.”

After years of fair-weather growth reports, some of the figures cited Friday on audio are still impressive.

Sandin said that in Finland the market was up 227 percent in 2016 and up 50 percent in Sweden.

The German digital media distributor Zebralution‘s managing director Kurt Thias said it has access to 165 million paying subscribers. He agreed with Tamblyn on the age of listeners. “Around 75 percent are under 34,” he said, “and 60 percent are male.”

A final piece of good news on audio: Thielen said he believes that many of Zebralution’s customers are music customers, “and they’ve come straight from piracy into a paid service.” 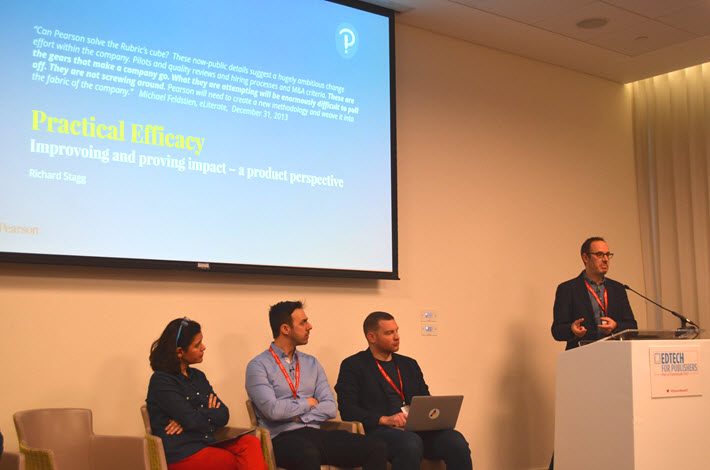 In the EdTech stream, the day’s lead panel looked at how publishers can “prove the impact of digital learning materials.”

Higher education in the UK is being rocked by the Teaching Excellence Framework, which is placing the quality of tutoring that institutions offer under a fierce spotlight, with students and parents wanting to know exactly what they’re getting for their money.

Richard Stagg, vice president for portfolio management with higher education course-ware at Pearson UK, told the audience, “The issue of efficacy is linked to equal and open access.

“I think we’re seeing a shift toward institutional purchase for all students as part of the fees.”