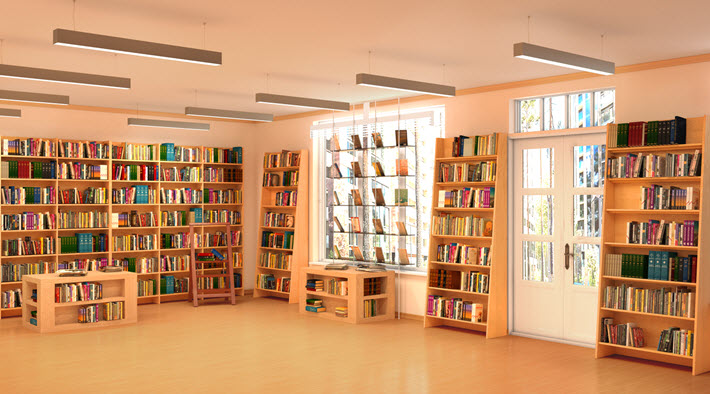 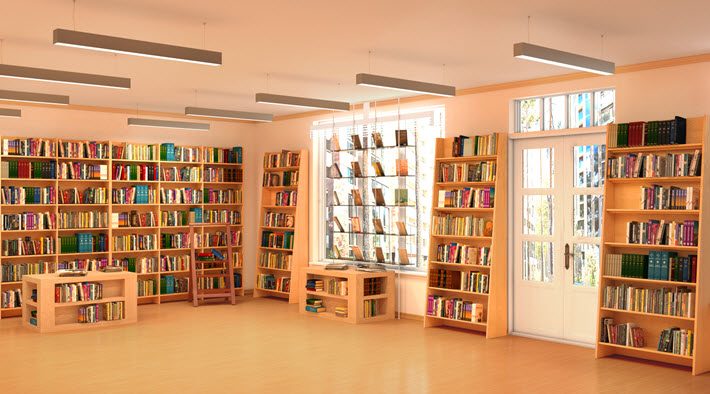 The Federation of European Publishers wants to know why a proposal to allow all book formats to be taxed equally in Europe has had no action–and is on no agendas. Image – iStockphoto: Urfin Guss

In a tersely worded statement issued Tuesday (December 5) from its headquarters in Brussels, the Federation of European Publishers (FEP) has called on the European Economic and Financial Affairs Council (ECOFIN) to take up the still-unresolved issue of taxation on multiple book formats in Europe.

While approaches vary from nation to nation, print books are largely taxed at far lower rates than ebooks and other formats, not least because early legislation placed digital works into the same bucket as software.

In the past, as Publishing Perspectives has reported, both the FEP and the International Publishers Association have pushed for lower VAT on digital book formats.

Here is the text of the FEP’s declaration, lightly edited for syntax:

“On December 1, 2016, the European Commission issued a long-awaited and much-needed proposal to allow member states—if they so wish—to apply the same reduced, super-reduced, and zero rates they apply to print books also to books” in non-print formats.

“The book industry in Europe welcomed this initiative wholeheartedly as a decisive step toward the end of the unjustified discrimination in the fiscal treatment of books in different formats.

“Nonetheless, one year later, we regret to note that not only has this proposal not been adopted yet, but it is not even on the agenda of the ECOFIN Council or its related preparatory bodies, despite it being a positive, forward-looking measure aimed at encouraging reading and boosting e-commerce,” both flexible and voluntary.

“With this declaration, therefore, the Federation of European Publishers and its 29 members—national associations of publishers of books, learning materials, and/or journals in a range of media from all over Europe—gathered in their General Assembly, would like to express their disappointment at this unwarranted delay and strongly encourage all parties involved to work toward a swift conclusion of the process and a positive outcome for the European book sector, culture and citizens.”

The VAT resolution issued to the European Commission by the FEP is accompanied by the following list of member-associations. 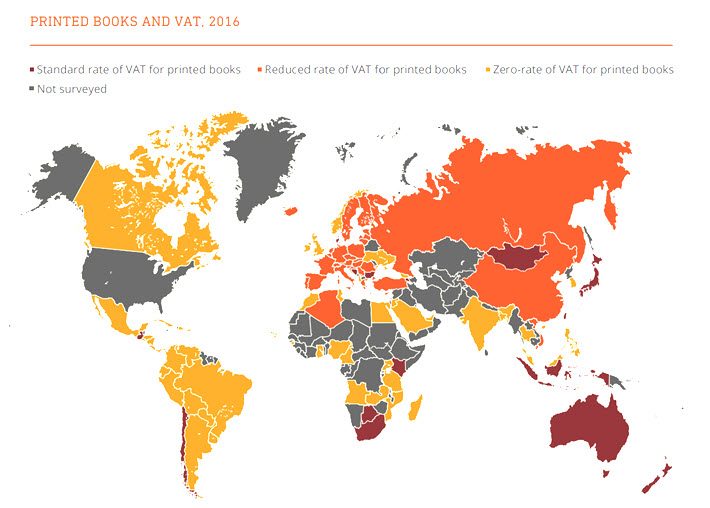 In this chart of its VAT report produced with the FEP, IPA indicates where standard, reduced, and zero rates of VAT are in place for print books. Image: IPA & FEP Annual Global Report

More on the background of this struggle in Europe to align VAT for all formats of books is here, in our coverage of the IPA-FEP report.