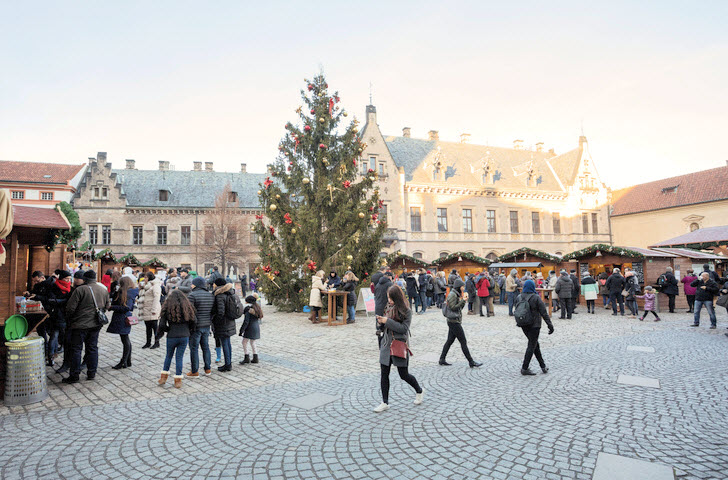 As Prague’s booksellers look to the holiday gift season for an annual boost, Czech publishers see gains in 2016’s market performance but are concerned about stubbornly high VAT rates and falling book prices. 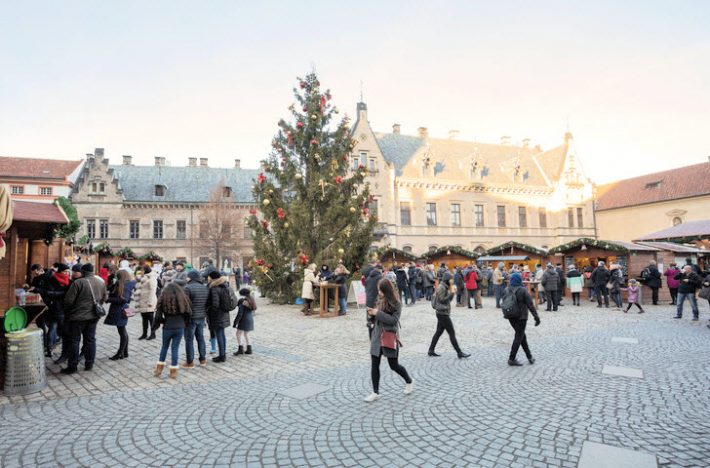 The Czech Republic’s book market grew in 2016, according to figures from the Czech Booksellers’ and Publishers’ Association (SČKN), but the organization cautions that its future growth could be undermined by a high VAT on books and a decrease in average book prices.

The Czech publishing industry’s reported improved results for last year include sales of 7.8 billion koruna (US$359 million), up 4 percent year-on-year, according to a market report released by the Prague-based association.

The year-on-year increase of about 300 million koruna (US$13.9 million) was credited to a number of factors, and representatives of the SČKN say its main drivers were “growth of the economy and purchasing power” of Czech consumers.

The cloud wrapped around that silver lining is Prague’s levels of value added tax (VAT) on books, say industry players.

Martin Vopěnka, chairman of the publishers association and founder of local publisher Práh, tells Publishing Perspectives that the industry’s growth is hampered by the value-added tax (VAT) on books.

In 2014, the association launched a campaign to push for a lower tax rate, as local industry representatives denounced it as excessive and harmful to book readership. Between 2008 and 2012, the VAT rate was increased from 9 to 14 percent, and to 15 percent in 2013.

Since then, the tax has been decreased to slightly above its pre-2008 level, but local publishers say they hope the Czech government will cut it further.

“We still consider 10 percent to be too high,” Vopěnka says.

By comparison, the VAT in neighboring Slovakia is also set at 10 percent, while in Poland, books are taxed at half that rate, a VAT of 5 percent.

While the Czech market grew last year, the average book price fell to 261 koruna (US$12), down 4.7 percent to the previous year.

“The fall in prices,” says Vopěnka, “is probably an additional consequence of the reduction [of the VAT on books] from 15 to 10 percent two years earlier.” He says that this negative price trend may also reflect rising competition between brick-and-mortar bookstores and online bookselling.

Last year, some 15,500 titles were published in the Czech Republic, according to association figures—about 1,100 fewer books than in the previous year. Albatros Media led the way, with 1,239 titles, followed by Euromedia Group, with 468 titles, according to numbers from the SČKN.

As for sales, Euromedia Group is the country’s largest book distributor and publisher, with revenues of 1.348 billion koruna (US$62.5 million) for 2016. Of that, some  581 million koruna (US$27 million) was generated by sales of its own titles.

Albatros Media reported annual revenues of 888 million koruna (US$41.2 million), of which 857 million (US$39.8 million) was generated by the sales of its own titles.

As Publishing Perspectives has reported, Euromedia Group has announced plans to acquire the country’s leading bookstore chain, Neoluxor. The deal has the potential to boost the group’s market presence substantially, adding 26 bookstores to its portfolio.

Last year, positive developments were also posted in the Czech ebook segment, which increased by 12 percent. As in many other markets of the world industry, audiobook sales registered even more upbeat results, coming in 37 above their 2015 performance.

“In 2016,” SČKN data indicates, total ebook sales continued to grow faster than paper book sales, with the digital side reaching 118 million koruna,” or a 12-percent jump.

The proportion of the market that relates to ebooks, however, remains quite small, at some 1.6 percent of the country’s aggregate book sales.

The Czech association was founded in 1879. In 1990, following the country’s Velvet Revolution that ended communist rule, the association was re-established and currently comprises 170 members. The SČKN says it’s a member of the Federation of European Publishers (FEP) and the European and International Booksellers Federation (EIBF).

For more on issues of VAT in the European book markets, see our report yesterday (December 6) on demands for Brussels to address the issue of VAT and book formats.