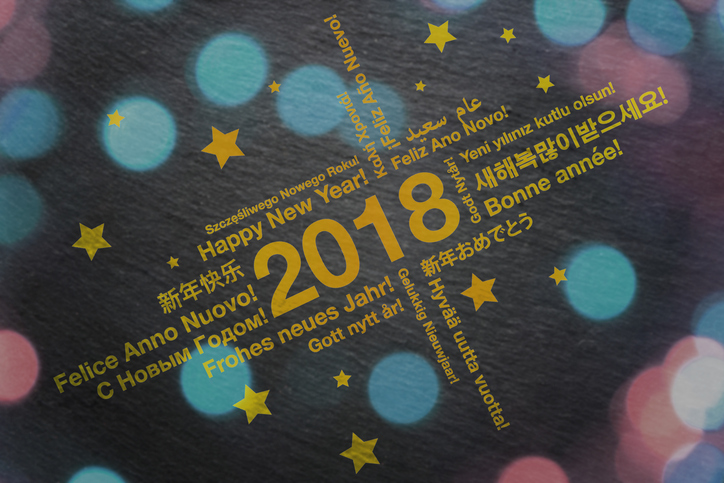 Only 14 of 205 respondents to the Authors Guild’s unprecedented survey said that 100 percent of their income is from translation. Almost 80 percent said they earn less than half their income from the work. 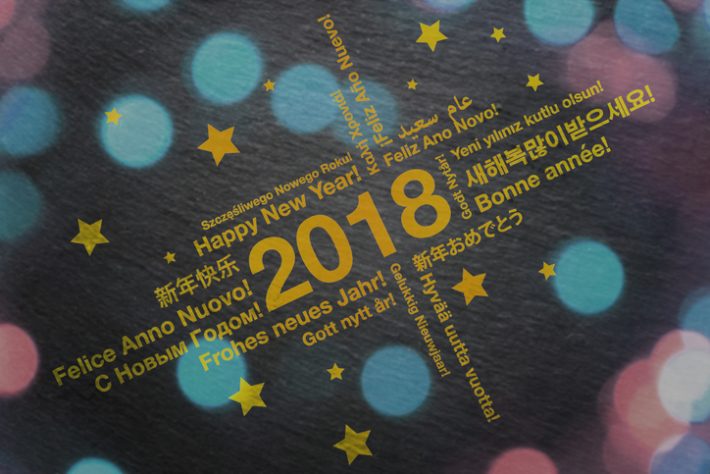 Based in its respondents’ last five years’ experience, the Authors Guild’s survey pinpoints low pay, copyright control, and cover credit as some of the issues that will dog translators into the new year. Image – iStockphoto: Christian Horz

In what the New York City-based Authors Guild describes today (December 15) as the first such study made in the United States of translators’ working conditions, the findings are concerning.

The guild’s legal staff is working on a model contract for literary translation, and the guild hopes to roll it out early in 2018 as part of its commitment to incorporate translators’ issues in the work of its Fair Contract Initiative.

In a prepared statement, the guild’s executive director, Mary Rasenberger, is quoted, saying, “Advocacy for literary translators is increasingly important to us. Many of our members are both authors and translators, and with the number of books in translation growing each year, many of which are very high-profile titles, it’s important for us to understand the landscape.”

The survey was distributed online in April of this year, to members of the Authors Guild, the American Literary Translators Association (ALTA), the PEN America Translation Committee, and the Literary Division of the American Translators Association—a total of about 1,200 recipients. It also was publicized on social media and was open to the input of all translators, but focused on those who work in the States and/or predominantly with American publishers.

There were 205 respondents to the survey which, of course, is not scientific by virtue of its sample being self-selecting.

Fifty-nine percent of the respondents identified as female, 37 percent as male, the rest selecting “other” or “prefer not to say.” Just over 12 percent identified as LGBTQ+. Earnings showed little difference between male and female respondents.

The majority of respondents are aged between 51 and 70 (44 percent), the next largest group between 31 and 50 (34 percent). Only four percent of them signaled that they’re 30 or younger. Sixteen percent were 71 and older.

Of the 205 people responding to the survey, only 14 said that they make all of their income from literary translation and/or related activities such as what the guild lists as “workshops, lectures, readings, book reviews,” and so on. And yet 64, or 32 percent, said they devote between 50 percent and 100 percent of their time to translation.

For purposes of the report, then, the guild elected to use the term “full-time” translator for those who spend more than 50 percent of their work time on translation.

In 2016, the gross income earned by those “full-time” primarily prose translators (spending more than half their work time on translation) was reported by respondents this way:

Incomes for 2012 to 2015, the guild reports, were largely similar. Most respondents reported no significant change in their income from literary translation over the past 5 years.

Rates: ‘Difficult, If Not Impossible, To Earn a Living’

When Publishing Perspectives interviewed the highly regarded translator Daniel Hahn this summer, it came to light that he helpfully posts representative rates on his website. Hahn lists rates both with and without royalties, and he’s coming in at some £90 ($US119) per 1,000 English words as an advance on royalties.

In its report, the Authors Guild acknowledges that translators tend to work on several methods of charging, “from flat fees to hourly rates to rates per-word, per-page,” and even per-character.

The guild’s report considers both rates and the question of royalties vs. flat fees. “There is no standard translation rate in the United States,” the report’s authors write, “nor are US professional organizations permitted to recommend or publish rates.”

In several instances of its report, the guild includes some commentary on a point. In cases in which we’re quoting that, we will place it in breakout-quote mode, as you see here, italics ours:

“Considering the rate that UK publishers are prepared to pay, as reported by the Society of Authors in the UK (‘in the region of £95 per 1,000 words,’ or about US$0.13 per word at the time of this writing), and the rate prescribed by the Canada Council for the Arts ($0.18 Canadian per word, or US$0.14  for genres other than drama or poetry), it is clear that a large number of US translators are being paid rates that make it difficult, if not impossible, to earn a living.”

Royalties: Yes, Publishers Do Pay Them to Translators

The Authors Guild report has, as one of its goals, dispelling the idea that publishers don’t pay royalties to translators. Forty-seven percent of respondents to the survey said that they do, in fact, “always or usually” have royalties stipulated in their contracts, “with 31 percent sometimes receiving a royalty clause, and 22 percent never
receiving one.” Most of the cases that included royalties treated the translators’ fees as advances.

“It is also worth underscoring that although actual royalty payments are usually small, such payments do in fact occur, rendering the question of royalties more than a matter of principle.”

Copyright: The Berne Convention Gives It to the Translator

While 66 percent of the responding translators told the guild that they usually or always retain copyright to their translations, “in half of the cases in which copyright was not granted to the translator, it was because the publisher refused.”

This is something the guild seeks to set very straight in its report:

“Under the Berne Convention for the Protection of Literary and Artistic Works, “Translations, adaptations, arrangements of music and other alterations of a literary or artistic work shall be protected as original works without prejudice to the copyright in the original work.” This means the translator owns the copyright to a translation from the moment they create it. They may sign it away, but it is theirs by virtue of having created the translation, and their business should be conducted on the same footing as the author of the work in the original language.

“Some publishers mistakenly continue to believe that the copyright needs to be theirs in order for them to make money on the translation. We will continue to educate publishers to correct this erroneous belief. Yet, by and large, university presses are the main offenders when it comes to usurping translators’ copyright.”

The UAE’s Rewayat Imprint: Translations For, and From, the Arab World’s Adults

#NameTheTranslator: On the Book Cover

An interesting gender inequity turned up in the guild’s sample in regards to an issue that we often address here at Publishing Perspectives: the fact that a translator’s name should appear on the cover of a book in addition to the original author’s name.

“The gender breakdown in responses to the guild’s survey indicated that “a higher proportion of male respondents (61 percent) always or usually have their name on the [book] cover than their female counterparts (51 percent). ”

When the translator’s name didn’t appear on the cover, respondents said, it was for one of two reasons:

Again, we quote from the guild’s commentary:

“Reports from translators indicate that the reasons publishers most often give for refusing to put the translator’s name on the cover are that it will clutter the design, that they do not want readers to know the book is translated because translations are a ‘turnoff,’ and that translations are hard enough to sell as it is without complicating things by putting another name on the cover.

“Plenty of presses, however, create gorgeous cover designs with no difficulty accommodating the translator’s name. Moreover, some translators are well-known enough that having their name on the cover in fact makes it more likely a reader will pick it up, and it seems highly improbable that anyone who prefers not to read translations will be fooled by ‘hiding’ the translator’s name inside—sooner or later, the truth will out.

“From the translator’s point of view, having the translator’s name on the cover is not only good publicity, which may lead to future income, but it also increases the likelihood that they will be mentioned in reviews of the book, where the translator’s work is all too often ignored.”

The Dark Side of Translation Grants

While many in the business cheer the arrival of translation grants programs–sometimes offered, for example, by a cultural ministry or foundation to encourage translation from a given language into a wider market–the guild’s findings indicate that “a worrying 41 percent  of respondents report that payment of their fee has sometimes depended on the publisher receiving a grant.”

The failure of a grant to come through, apparently, can mean an unpaid translator.

The guild’s point here is that publishers need “to develop business models that do not compel translators to bear the financial risk of translating entire books without being guaranteed payment for their work.”

The guild’s conclusions are that too many translators need education in terms of how to be sure they get copyright control and royalties in their contracts–something the guild’s new model contract will help them with. “It is also worth considering,” the guild writes, “how the increasing number of literary translation programs in academia might address the practical, legal, and financial aspects of literary translation in their curricula.”

Lastly, the guild is clearly sounding signalling with the release of this study its readiness to bring its growingly impressive clout to bear on the needs of translators in the community of writers.  In the Authors Guild’s closing words, we read:

“There is a definite need for advocacy on behalf of translators’ rights among publishers. A worryingly large percentage of respondents report that publishers have refused to grant them copyright and/or royalties.

“We hope that the data in this survey will impress upon translators that they can, and in many cases do, receive both of these important terms, and that, with support from the forthcoming Authors Guild model contract for literary translation, they will be emboldened to demand them when they negotiate their next translation contract.”

Publishing Perspectives regularly touches on issues of translation and translators in its coverage, and many of our stories relative to the topic can be found here. We invite you to join us in reminding colleagues of the importance of translator credit by using the hashtag #NameTheTranslator.