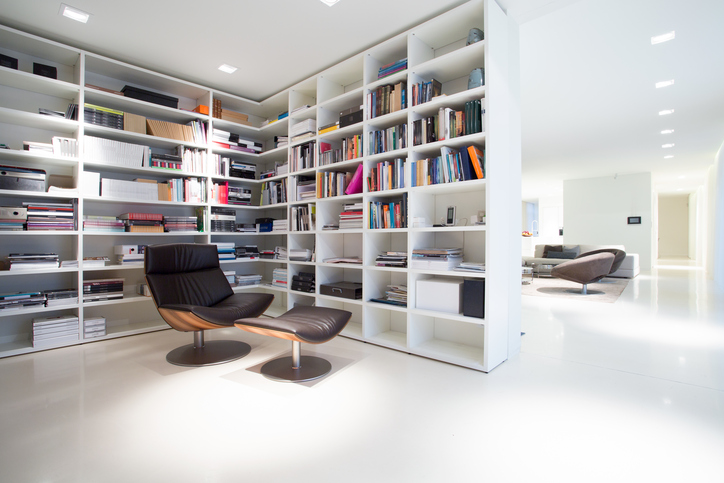 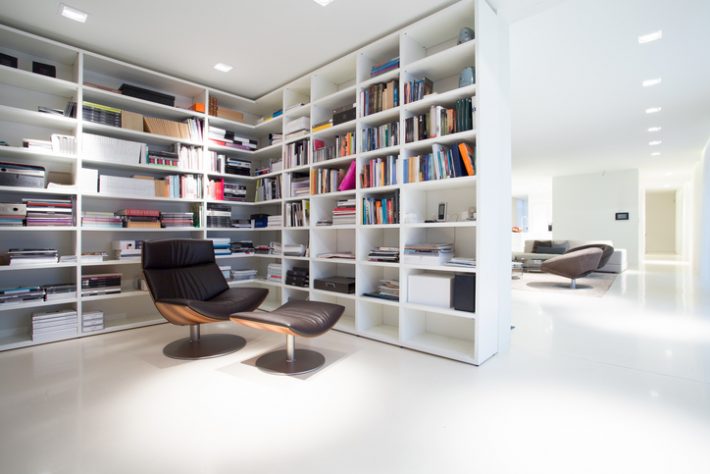 ‘These Books Will Change Your Life’ 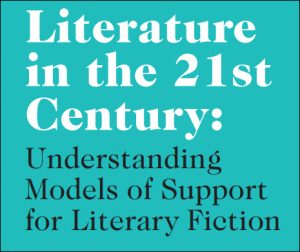 The Arts Council England (ACE) has issued a major 57-page report on the plight of literary fiction in the UK’s digital age. Literature in the 21st Century: Understanding Models of Support for Literary Fiction is a free report, and you can download the PDF here.

The report concludes that sales of literary fiction have slowed over the last decade. This information is based on Nielsen BookScan sales data of both general fiction and genre fiction in the UK, interviews with industry stakeholders, and a survey of publishing professionals and writers.

But there is still hope: the report also found a few reasons to be optimistic about the future of literary fiction.

Certainly for years, it’s seemed apparent but hard to conclusively demonstrate that the digital dynamic has been kinder to genre fiction than literary fiction. “Sixty-eight percent of our survey respondents,” the new report reassures the worried, “were right to feel the market for literary fiction is declining.”

Publishing Perspectives has recently heard from Canelo co-founder Michael Bhaskar, who is listed as part of the team behind the report for the Arts Council, along with his associate founding publishers Iain Millar and Nick Barreto, as well as Louise Cullen and Simon Collinson.

Despite those negative points, the Canelo team offers some upbeat remarks

Digging into the Data on Fiction

In broader terms, though, some observers say they doubt the methodology of the new study, which is conducted by Canelo on a commission from the Arts Council. The survey that’s part of the report’s output drew 249 responses, “more than many equivalent surveys in the literary area,” the report’s authors write, “but still less than we would have liked.”

The survey results more likely reflect the feelings and assumptions of its respondents, not necessarily hard facts. Fifty-five percent of the survey’s self-selecting respondents (and by far the largest group), were writers. Only 13 percent were publishers. Two percent identified themselves as journalists or bloggers; 1 percent as literary agents; 1 percent as being from arts or writing organizations; 1 percent as booksellers; 27 percent as “others.”

By contrast, perhaps the most dependable elements of the survey are what the Canelo team describes as “16 years of sales data” from Nielsen BookScan. The authors of the report make the point that “literary fiction” is not a category in such research. It’s called “general fiction” in Nielsen data (perhaps a telling fact, in itself) as opposed to “genre fiction.” At times, the report uses the term “fiction general,” apparently to refer to “general fiction,” and it’s not clear that this is intentional. 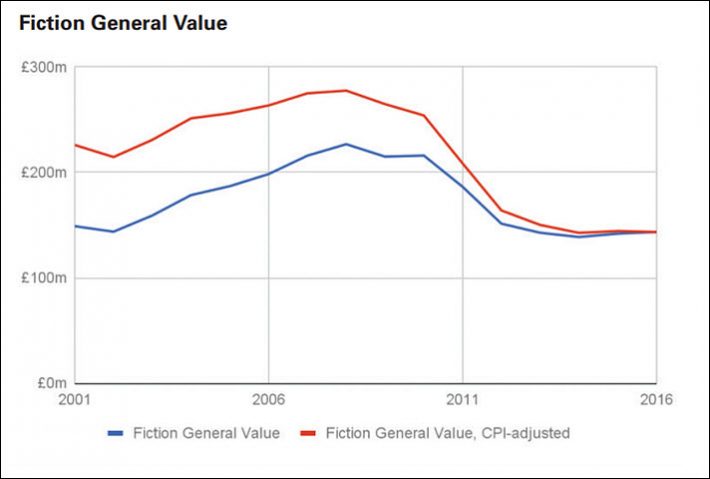 As seen in this graphic, general fiction’s value in the UK market falls nearly 50 percent after 2008. Image: Arts Council England

“Looking in the general fiction category of Nielsen BookScan more specifically,” the authors of the report write, “we can see the past 15 years have been a turbulent ride.
What is more, although we can see signs of improvement across all printed books, this is less evident in fiction, which continues to struggle.

“Since 2011 the market has started to recover, but it remains well below where it was in 2007. As we will see, ebooks can account for some of this change, but not all.”

“Both should be a concern. While the proportion of general fiction to the total fiction market shows a higher degree of volatility, the trend for general fiction over the past decade is clear, and downward.”

And the narrative later is widened to look at how relatively few copies all but the top 100 titles in a year may sell. Even the top sellers, the study’s authors tell us, are under pressure. The 10th top seller in 2011, they’ve found, may have sold 200,000 copies. The same slot in 2015 sold 75,000 copies fewer.

Overall, we read, the UK’s bestsellers “tend to be either commercial genre fiction (Lee Child say, or Jojo Moyes) or children’s fiction (David Walliams or JK Rowling). And while each of the top-selling literary fiction titles did well individually, the year-on-year evidence suggests that such breakout hits are selling fewer copies overall and making less money (in print) than they would have done in previous years.”

Self-published authors who work in literary forms will tell you that they feel they have less sales traction than the popular genres, perhaps an even starker imbalance than in print. Part of this trend seems to reflect the fact that the online world thrives on communities bonded by popular interests and “literary” is not one interest but a genre/category that can run in many, many directions. By comparison, a standing sci-fi readership or romance readership looks like a much more cohesive and ready consumer base.

“Why can Netflix produce dark, challenging narratives, spending millions on production, development, and marketing, while a cheap product like a book barely gets an advance or a marketing budget?”Jonny Geller, Curtis Brown

And in the trade, where much is driven by the rightful imperative to follow the money, many publishers have found it hard to hold the line for literary work when an entertainment-saturated marketplace was driving profits. As author Jeff Norton was pointing out in his comments at the FutureBook conference in London earlier this month, “culture” appears to be led at this point by fine and sometimes superb television production—which operates with huge budgets and effectiveness across digital channels.

Jonny Geller, Curtis Brown’s co-managing director and an influential UK literary agent, has spoken to The Bookseller about the ACE report, saying, “I think we need a radical rethink on how we present literary fiction.”

Geller has been proactive in developing television and film opportunities for Curtis Brown’s clients, and thus is no stranger to the television market he references here: “Why can Netflix produce dark, challenging narratives, spending millions on production, development, and marketing while a cheap product like a book barely gets an advance or a marketing budget? Clearly, literary fiction is not valued or confidence is too low.”

Not everyone agrees. A private industry list-serv’s members have greeted the Arts Council report with skepticism, one member suggesting that the reading public shows few signs of missing literary fiction, if it indeed is in decline.

Others have opted for the idea that today’s consumers have jumped to “commercial fiction”—a more populist relative of literary, often the source of high-concept work that makes its way to lucrative television series. Still others, who see the problem as being economic—basically, there’s little money in literary fiction for authors—answer the poor prospects for the literary market with airish retorts about authors being forever “starving artists.”

The fact that writers have been underpaid in the past doesn’t make it correct in the present.

Complex Issues: ‘There Is a Lot Going On’

One of the most helpful elements of the report—if hardly what was intended at the outset—is that reading exposes just how truly complicated are the market dynamics around books in the UK, as in many other markets, and around this class of literary fiction, in particular. Long before the authors get to digital issues and ebooks, the mere effort to sort out data on sales trends in print formats is difficult. And by the time the group does reach digital issues, they’re right to point out that digital “brings with it a panoply of opportunities and threats.”

In fact, when finally coasting into its conclusions on Page 51, the report’s authors are carefully reflecting the mixed-bag of “yes, but…” dilemmas that bedevil the issue, so many of them either purely or partially emotional and subjective, and particularly in the eternal tendency to blame all on publishers. Take this passage, for example, which depicts the sheer collision of conflicted reality around the topic:

“In general, the old models of literary support are in trouble. Yet the relentless pessimism evidenced in our survey is not wholly justified. Publishers are maligned for shedding risk, not marketing and dropping advances—but they have, at least, survived and continue to publish large quantities of high quality literary fiction. They continue to invest in marketing, often in new ways. Yes, they can always do more and maybe they often do not do enough; but equally whatever they do, it is likely that it’s not enough for everyone.

“Advances are falling across the board, but so are book sales; as the number of writers inexorably increases, competition among writers for attention increases too. And we shouldn’t forget that many books do still earn large advances. There are notable bright spots around some prizes, film and translation rights, and crowdfunding. At the same time, literary fiction is still seen by many as a closed shop, an insider network.”

Indeed, it’s almost impossible to find a factor in the situation that can be declared all good or all bad, except in terms of diversity. The field simply has not been accessible to a multicultural author corps. The UK industry’s strong efforts this year to address issues of diversity are timely, instructive, and welcome.

Evaluating the Situation; Promising To Do More 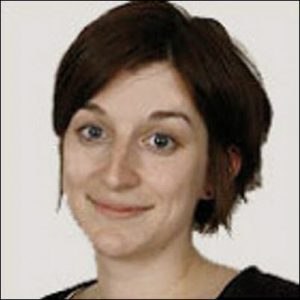 The over-arching response of the Arts Council—which has been enunciated along with the presentation of the report—is to commit to the vision of literary as a rather endangered form at this point, a category of the business that needs help.

“Over the next two years,” writes Sarah Crown in the Arts Council’s introductory blog post, “we plan to improve our direct support for individual authors, broaden our support for independent publishers to include those who focus on literary fiction, and develop diversity across the sector. We’ll have some funding news following soon on this.”

Those not carefully following the UK market may be surprised at all this. Many outside the country consider the UK to be the cradle of fine writing, from Marlowe to Mantel.

“But the bright lights and bustle of the annual festive gold rush,” writes Crown, “mask a set of structural challenges that threaten the industry’s long-term sustainability—or at least, the sustainability of the literary fiction end of the market; those more experimental, less commercial books with which the Arts Council is concerned.

“Mutterings which began in the publishing sector back in the late 1990s have lately grown into full-throated shouts, apparently reflecting a deep and widespread unease about the industry’s future.

“For our literature team, over recent years, the message has come through loud and clear: conversations within the sector invariably turned to writers’ struggles to support themselves, publishers’ struggles to stay afloat, and the difficulty for challenging novels to find homes or diverse voices to flourish.”