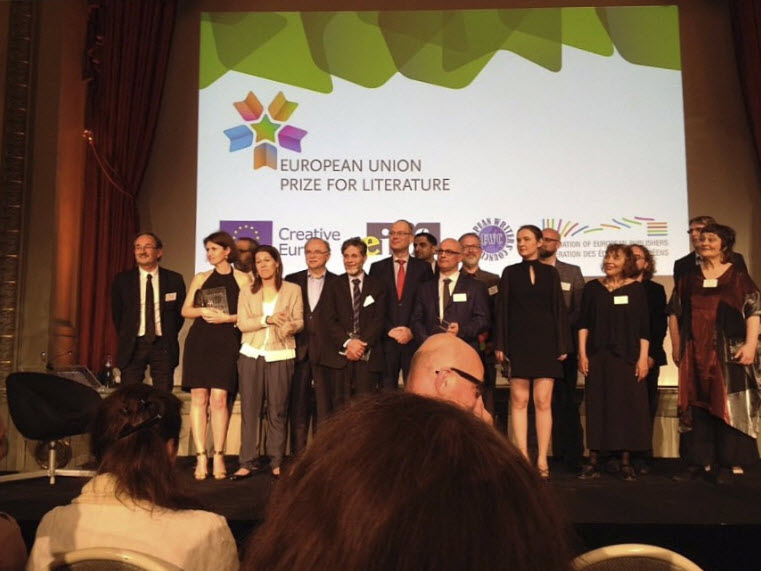 In 2018, the European Union Prize for Literature will celebrate its 10th anniversary with a new writing contest open only to previous winners of the prize. 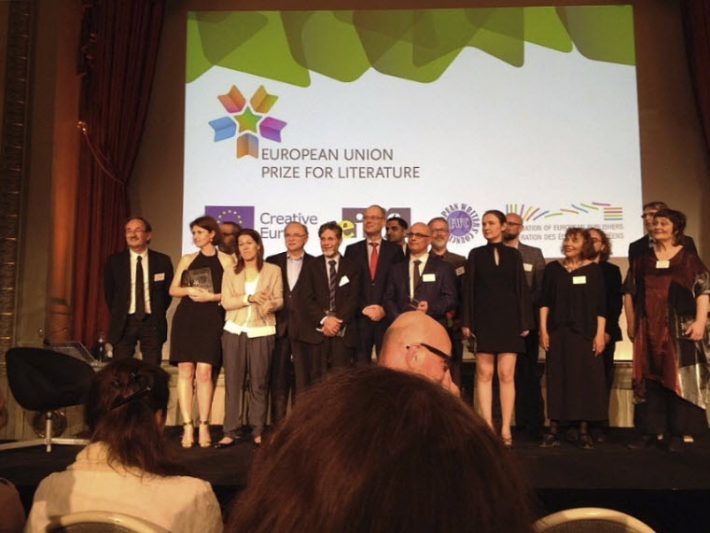 At the 2017 ceremony in May honoring the dozen winners of this year’s European Union Prize for Literature. Image: EUPL

In preparation for its 10th anniversary in 2018, the European Union Prize for Literature (EUPL) has opened an unusual competition that is soliciting short fiction from the 108 past winners of the prize. In this instance, the public will be part of the jury.

With the theme “A European Story”—and a length limit of between two and four pages—the competition is open to any EUPL winner from any year, any nation. The concept for the competition parallels the coming 2018 European Year of Cultural Heritage. “There are no limits to one’s imagination,” announcement materials say. “‘A European Story’ can be anything and everything.”

Each former winner who would like to submit a story is urged to do so in his or her country’s official language. EUPL will take care of translating the entire group of entries into English. Both the original and the translation of each story will be published. 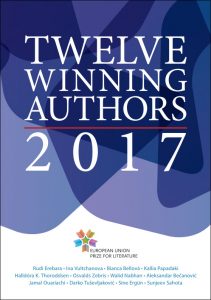 Work of the 2017 winners of the European Prize for Literature is in this anthology, available at the organization’s site here

A professional jury will be put into place by the administration, a group of selected personalities from art and literature, and it’s that group’s task to create a shortlist, then choose the winner. The public will be invited to read each submission on the EUPL website and vote for their favorites.

Five public voters will each win a trip for two to Vienna and will attend a special awards ceremony there devised to celebrate what the prize administration describes as “the exceptional diversity of European literature.” They’ll also have a chance to meet the some of the former EUPL winners.

The competition has been devised by the EUPL Consortium which comprises the European Writers’ Council (EWC), the Federation of European Publishers (FEP) and the European and International Booksellers Federation (EIBF). Special support is being made available to the event by the European Commission.

In a prepared statement for the media, Henrique Mota, president of the Federation of European Publishers, said of the competition, “The talents revealed by the EUPL have interested publishers all over Europe and beyond. As such, the prize has been a true engine to better understanding our European neighbors.

“I personally very much look forward to reading the European Stories which will emerge from our gifted authors.”

Jean-Luc Treutenaere, co-president of the EIBF said, “I am looking forward to reading what will come out of this competition. EUPL’s 10th anniversary is an important landmark for the consortium, which has been working relentlessly to promote European emerging authors.

“Understanding each other’s respective cultures and history has never been as crucial as it is nowadays and booksellers are acutely aware of their role in providing continuous insight into European cultural diversity.”

And speaking for the Writers’ Council, its president, Gunnar Ardelius said, “The EU Prize for Literature constitutes an important feature to pay attention to authorship on the rise. In times of major changes in the literary market, it is particularly important for literature as an art form to be in focus.

“This award helps to draw attention to small language areas, high-quality literature, and at the same time to strengthen the breadth of literature, giving citizens in Europe the opportunity to find new and exciting books to read.”

The prize consortium, seated in Brussels, is also expected to organize a virtual literary journey in 2018, another vehicle through which previous EUPL winners will be able to promote their work.