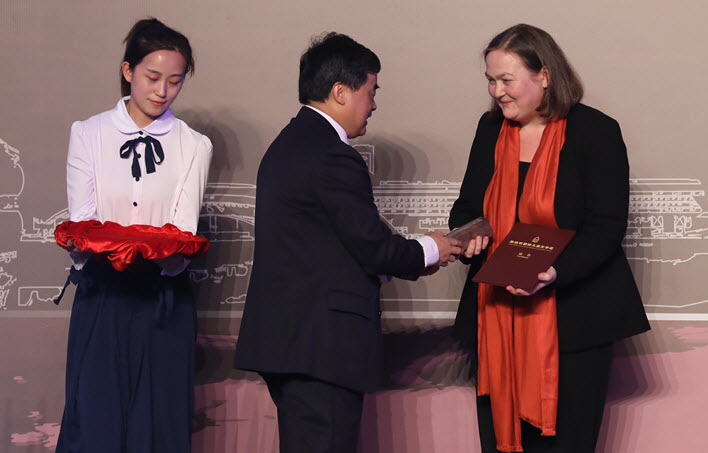 Translator Helen Wang is presented with a Special Contributor of the Year by Wu Shangzhi, director of China’s state administration of press, publication, radio, film, and television on November 15. Image: CCBF

The Chen Bochui International Children’s Literature Awards—presented last week just ahead of the opening of the Shanghai International Book Fair—included honors for writers, illustrators, and translators this year from France, Poland, the UK, and USA. 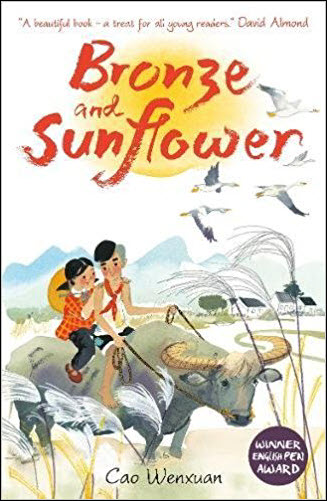 Translator Helen Wang was given a Special Contributor of the Year honor for her work in bringing children’s literature into English. Wang has translated novels, picture books, and graphic novels for young adults including Cao Wenxuan’s Bronze and Sunflower, which won the 2017 Marsh Christian Award for Children’s Literature in Translation.

The three winning titles in the Best International Children’s Picture Book category are:

The awards, established in 1981, were opened to international publishers in 2014. The stated aim is to promote excellence in children’s publishing, cultural diversity and to encourage reading in young children.  This year the number of entries is reported by organizers to have more than doubled with entries received from 37 countries and regions.

Chen Bochui, who died in 1997, is regarded as the father of modern children’s literature in China.  He dedicated his life to education and reading and donated his life savings to establish the award, which now plays a major role in Chinese literary life.