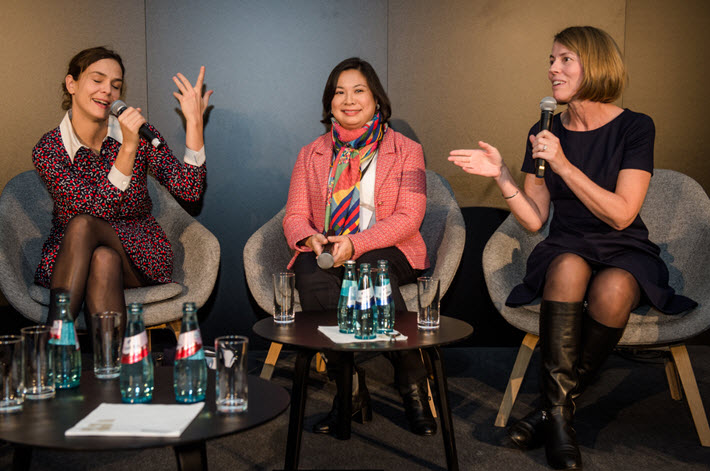 ‘Publishers can gain a better understanding of their customers and embrace data-driven decision-making through digital transformation,’ writes Tracey Armstrong of Copyright Clearance Center.

At Frankfurt Book Fair last month, we were pleased to have a specially developed article by Tracey Armstrong, president and CEO of Copyright Clearance Center, in our Wednesday (October 11) Show Daily.

In her essay, Armstrong takes an unblinking look at the fact that surveys show publishing’s leadership recognizing digital development as “‘critical to business growth,’ while being frustratingly complex.” And she takes a hard look at how to separate such emotional constructs from the potential available to publishers in embracing the digital dynamic.

“We don’t want to replace the dollars we were making in the analog world with pennies on the digital side.”
– NBC CEO Jeff Zucker in 2007 on why NBC was pulling its content from iTunes

The US television network NBC stumbled in their digital transformation journey when, in September 2007, they pulled out of a partnership with Apple to stream their content on iTunes. Over the next couple of months, piracy of NBC content compared to its contemporaries grew more than 11 percent, while piracy of NBC content from a unit perspective more than doubled. The losses were so impactful that in less than a year, NBC did a complete reversal and accepted Apple’s terms.

The failure of NBC wasn’t a technical problem—it was a business problem. They were so focused on protecting an old business model that they failed to plan for the future.

When launched in April of this year, Cori Bergmann, president of Chan Zuckerberg’s scientific efforts, stated “We need to speed up science. One thing that slows us down today is that it can take a year or longer to publish research in a scientific journal.”

Scientific publishing provides a microcosm of the challenges that all publishers face. Primary among those are user expectations of speed, seamless workflow, and strong collaboration. Data can be processed at unprecedented volume and rates to gain new scientific insights. Technological advances in processing data result in the demand for more data. Researchers expect to easily access this data instantly.

Digital efforts—like the Chan Zuckerberg Initiative, which is funding an effort to allow researchers to share drafts of papers before the papers are published—begin to address researcher expectations.

The goal is to allow scientists and researchers to share drafts of their papers and results of their research, including negative results, before the peer review process to drive greater collaboration and speed discovery.

In a 2017 survey conducted of 25 leading UK and US STM and trade publishers, digital transformation was seen as “critical to business growth,” while being frustratingly complex. The frustration comes from clinging to old business models and thinking that parts of the system can be saved by implementing new technologies. This was NBC’s mistake in 2007.

“Publishers would be wise to learn from other content industries, recognize the power of shifting user expectations, and harness the power data through digital transformation to create future value.”Tracey Armstrong

Digital transformation is about changing business processes and systems to enable companies to bring value to market more quickly. In scientific publishing, that value is being defined by the market today as more published research results, seamless access to content and massive data sets in addition to journal articles to feed data processing.

Publishers can gain a better understanding of their customers and embrace data-driven decision-making through digital transformation. They can establish new processes that leverage the value of existing data while capturing new data. This requires the ability to create new workflows, and manage old ones, in a way that doesn’t disrupt current business while accommodating new opportunities.

In a move seen as crazy by industry insiders, in 2011, Netflix committed $100 million to produce two full seasons of a TV series. Their data crunchers had analyzed viewing patterns of 33 million subscribers and were confident the show would be a hit. While major networks waited for Netflix to fail, House of Cards went on to become a huge success, winning Emmy and Golden Globe awards.

Publishers would be wise to learn from other content industries, recognize the power of shifting user expectations, and harness the power data through digital transformation to create future value.