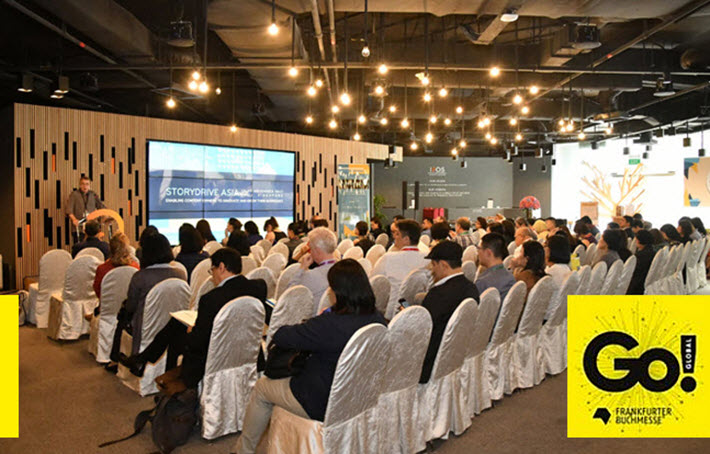 The Frankfurter Buchmesse’s StoryDrive Asia conference in Singapore highlighted one of the most promising publishing regions, Southeast Asia, and its emerging digital scene. 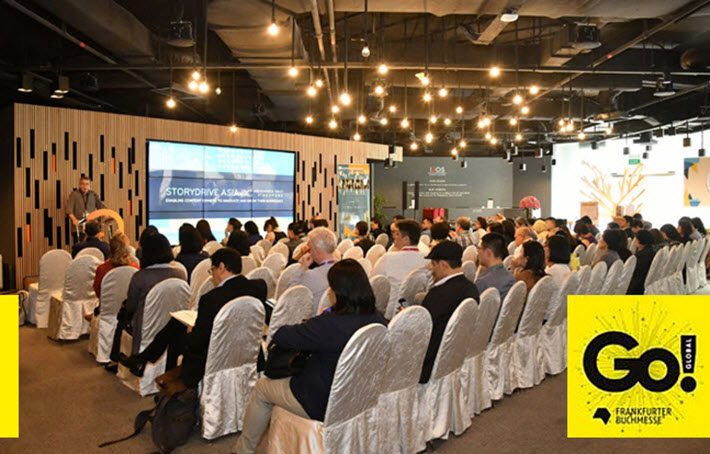 ‘The New Narrative Is a Permanent Status Update’ 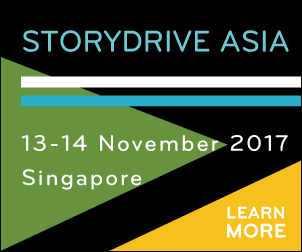 In two days of intensive sessions and busy networking, StoryDrive Asia in Singapore last week examined and addressed the challenges of publishing markets across the ASEAN region in the context of the wider global industry.

The intent of StoryDrive Asia is to give regional publishers a forward-looking overview of digital publishing and international trends in the business, in order to, as this year’s conference slogan put it, “enable content owners to innovate and grow their business.”

Coinciding with the ASEAN summit in the Philippines, StoryDrive Asia occasionally referenced the pressures of political upheaval and the role of publishing in such a backdrop. But the the most part, the conference concentrated on publishing business realities and potentials. One of the most interesting elements of this conference is the wide array of just which hurdles each nation’s industry may find toughest to handle. According to where you are, the main struggle might appear to be literacy rates or economic downturns or severe supply chain limitations in distribution or retail points.

Co-produced again this year by Frankfurt Book Fair and the Singapore Book Publishers Association (SBPA), StoryDrive Asia for the first time was held in the comfortable headquarters of conference sponsor IPOS, the Intellectual Property Office of Singapore—a good fit, as publishers wrestled with issues of expanding their rights exploitation and questions around copyright protection. 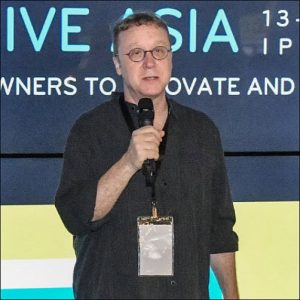 “We’re not quite in every ASEAN country” with an association yet,” Schoppert said, pointing out that Laos and Cambodia do not yet have publishers’ associations. But this year, Singapore’s association of 70 member-publishers—you can read about it in this article—has become an associate member of the International Publishers Association in preparation for full membership. 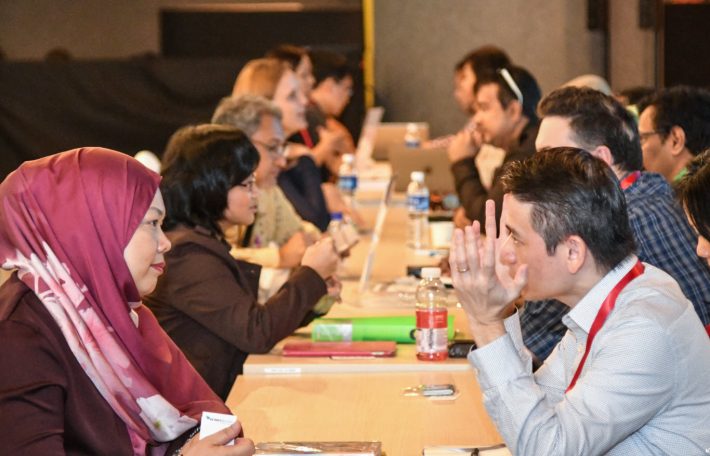 ‘Publishers Are Having to Reinvent Themselves’ 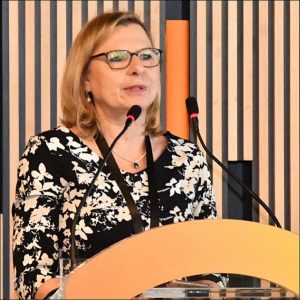 StoryDrive Asia 2017 had participation from ASEAN publishing players in Indonesia (ASEAN is headquartered in Jakarta), Malaysia, Myanmar, the Philippines, Thailand, Vietnam, and, of course, of Singapore.

Frankfurter Buchmesse’s Kaiser, in her opening remarks, told the conference delegates, “Last year, we decided to change the name to StoryDrive Asia,” from what was originally known as the Singapore Publishing Symposium “because the industry is changing and we want to make sure that we address all the issues that you face today.”

She went on to describe the international, year-round outreach done by Frankfurt—not just through its offices in Moscow, Beijing, New York City, New Delhi, and elsewhere—but also through such events as the StoryDrive Asia conference. She pointed out that Indonesia’s program as Frankfurt’s Guest of Honor in 2015 not only was exceptionally produced but also resulted in lasting growth for the country’s publishing industry. 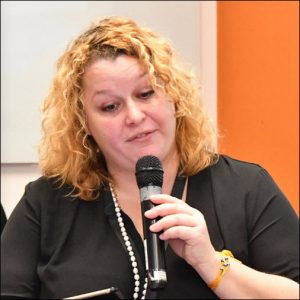 This was confirmed by Laura Prinsloo of Jakarta’s National Book Committee, who said that this year, Indonesian publishers will sell 431 titles into international markets and territories, a remarkable amount of rights sales action compared to what could be expected prior to the Guest of Honor appearance.

Prinsloo said that international interest in Indonesian work is so strong now that the country is producing a series of five rights catalogues in the areas of fiction, nonfiction, art books, children’s content, and comics.  There’s more on Indonesia’s rising position in the international trade in our recent coverage here.

“Still, publishers are facing so many challenges in many parts of the world,” Kaiser said, and Frankfurt’s programming is meant to be responsive to those challenges. “In many cases,” she said, “publishers are having to reinvent themselves in order to stand their ground.” 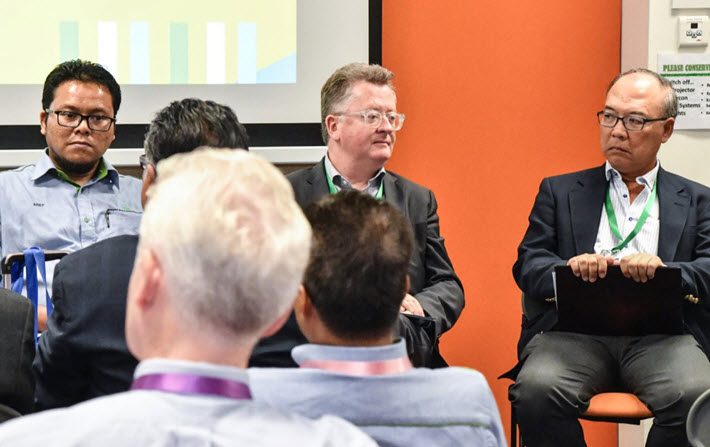 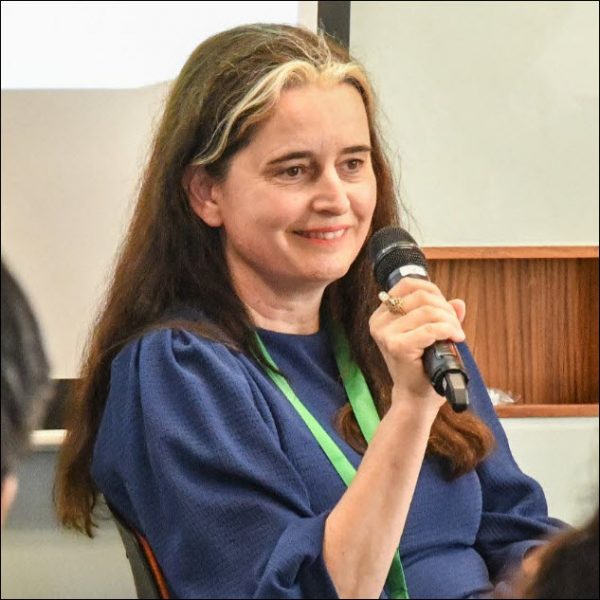 On a panel that included Singapore’s Aemanda Hannah Chan of Plexxie and German author and social-media specialist Kathrin Weßling, Orbanism co-founder Christiane Frohmann from Berlin said, “On the Internet—more precisely, in social networks—the ideas and meanings of writing, publishing and reading have changed.”

As the audience listened, Frohmann continued: “Everything [online] is publishing, and as long as it’s not a bot who is posting, everything is also self-performance. I call this ‘selfie-publishing.’ Today, autobiographies are being performed in real time on Twitter, Facebook, Instagram, YouTube, and Snapchat.

“The Internet has changed the time of publishing. Instead of reporting on the past and anticipating the future, everything happens now instantaneously. The new narrative is a permanent status update.”Christiane Frohmann

“One no longer writes her or his coming-of-age novel for months in notebooks, to finally publish it as a book. People now experience things while posting and reacting to immediate response from others. The Internet has changed the time of publishing. Instead of reporting on the past and anticipating the future, everything happens now instantaneously. The new narrative is a permanent status update.”

And what came into focus during the conference’s two busy days was a compelling picture of the unique challenge facing many of the Southeast Asian markets. They’re expected to come up to speed with digitally disrupted publishing, even as they’re still working to stabilize the traditional infrastructure their markets need.

In the course of the sessions, attendees would hear Malaysian publisher Arief Hakim tell Copyright Clearance Center’s Michael Healy that changes in copyright issues are simply moving too fast for the Kuala Lumpur industry to follow them well. And as publishers in many other parts of the world, from Ottawa to Canberra, can tell you, most markets’ players have the same sensation. 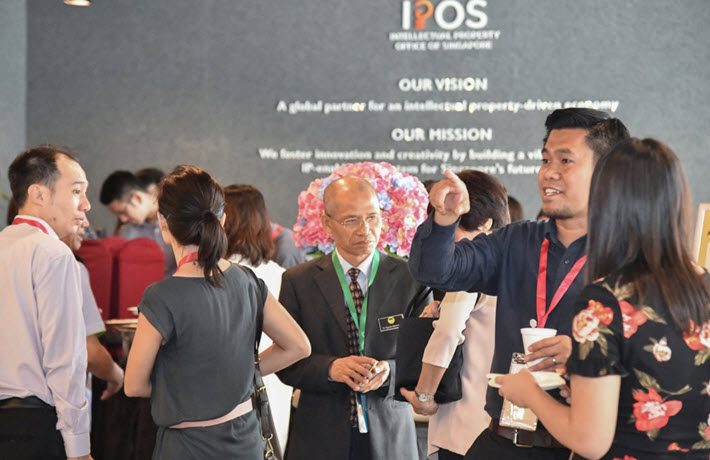 ‘IP Trade Has Picked Up Dramatically’ 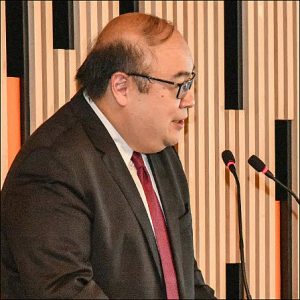 “Singapore‘s openness and relatively small size reminds us that we cannot afford to be an inward-looking or insular community,” Lai told the delegates. “IP trade has picked up dramatically in recent years. I urge everyone here to keep a lookout for opportunities on the market…never before have we been presented with so many platforms for creation, distribution.”

Within a couple of hours, however, the conference would also hear intellectual property attorney Alban Kang talk of the uncertainty around proposed copyright legislation in Singapore. At present, it’s unclear, Schoppert said, how the government will address it or when.

Schoppert said that the Singapore Book Publishers Association, in fact, has issued an invitation to host a discussion of the underlying principles of the proposed copyright act, but the authorities, as yet, haven’t responded.

Rights specialist Kristin Kliemann’s keynote commentary was on the need for an international approach to rights exploitation. 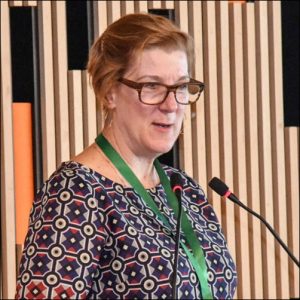 Instead of looking for reasons not to license content, Kliemann said, ask yourself why you wouldn’t want to license it? “Especially around digital opportunities.

And in terms of looking for deals, “If you have a big book and want a lot of money, think to yourself why you’d bring it into your territory” if you were the buyer, said Kliemann. Tailor your approach in terms of their viewpoint, Kliemann said, and be sure to fully inventory the rights you’ve acquired. 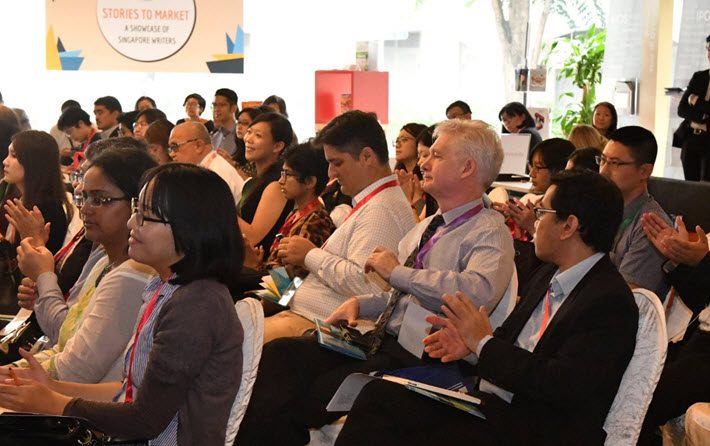