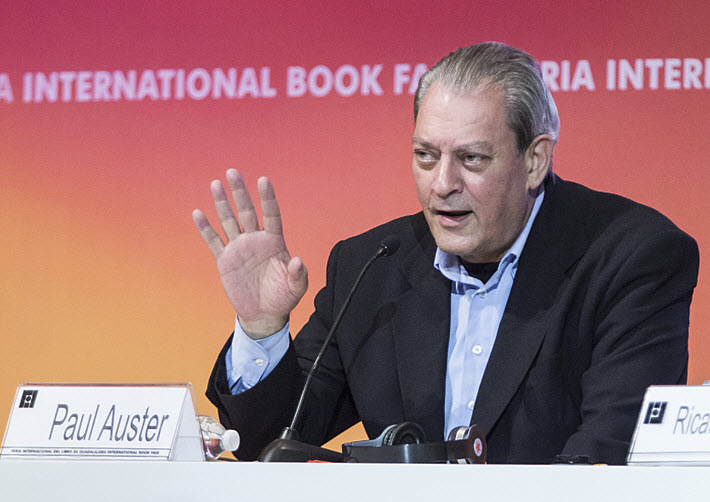 At Mexico’s Guadalajara International Book Fair, which runs through Sunday, Paul Auster has talked of turning to novels after ‘hitting a wall’ with poetry. And Amazon Publishing introduces a new imprint for short-form work. 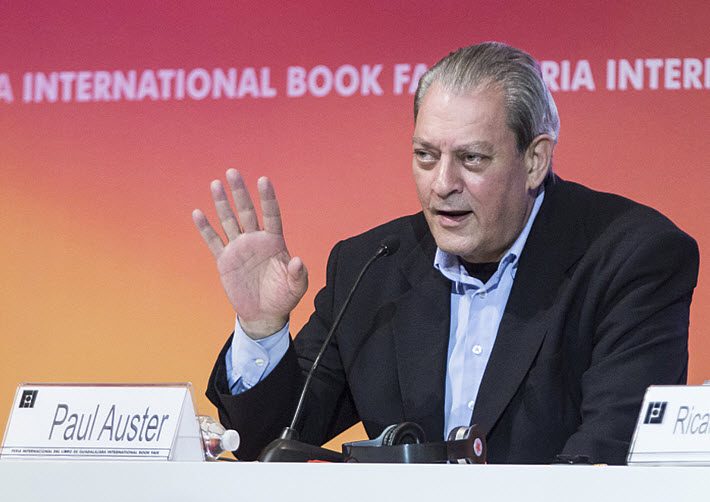 Auster: ‘The Novel is a Democratic Act’ 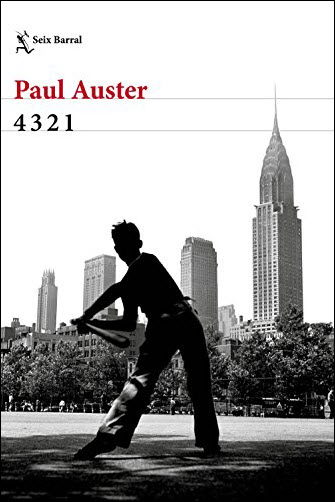 Paul Auster presented the Spanish-language edition of his latest novel, 4 3 2 1—published by Seix Barral and translated from the English by Benito Gómez Ibáñez—at the Guadalajara International Book Fair on Monday (November 27). 4 3 2 1 was shortlisted for this year’s Man Booker Prize for Fiction.

Auster’s comments opened the book fair’s literary salon, a program of book presentations and panel discussions. And in his remarks, the American author spoke of a writer’s need for inspiration from other writers.

Referring to True Tales of American Life, the book he edited in collaboration with National Public Radio’s (NPR) National Story Project, Auster spoke of how NPR listeners’ stories reflected his own intentions to portray ordinary people in ordinary lives.

“The novel is a relatively new literary form,” he said, “about 300 years old. As opposed to the literature that came before it, the novel is not about kings and queens, it’s not about generals and heroes. Novels are about ordinary people. It’s about writing about ordinary people, people like us, not people who are ruling the world, but people who are living in the world.

“To write a story about, say, a little woman who sells flowers on the street in Mexico City, in Paris, or anywhere, means that every life counts. The life of every individual is worth talking about, and that to me is a democratic practice. It values the other. It’s about getting inside the minds, bodies, and souls of people who are not us.

“The important thing is to use what inspires you in another’s work to your own purposes, which means you must have a purpose in the first place.”Paul Auster

“In its very nature, the novel is a democratic act.”

Such poets, based in different cultures, Auster said, “were looking to each other across the ocean for new ideas.” The concept has resonance for him because he lived in France in his early 20s, and translated French poets into English.

“When a poet looks to a poem from another country for inspiration,” he said, “it means that he’s looking for something not readily available in his own language and literature, and that he wants to break free of the confines of his own country and culture—but always in the end to make it his own and bring it back to his own place.

“Slavish imitation can produce nothing of any interest,” Auster said, “but every original artist has always been alert to what other artists are doing. Nobody can work in a vacuum. The important thing is to use what inspires you in another’s work to your own purposes, which means you must have a purpose in the first place.”

What was called Amazon Shorts from 2005 forward, then Amazon Singles from 2011 forward, now is to be called Amazon Original Stories as the newest imprint of Amazon Publishing—which is the trade publishing arm of the company, not the self-publishing platform.

The latest iteration of this imprint is focused on publishing short-form fiction and nonfiction.

You may also spot an imprint called StoryFront on the Amazon Publishing page of 14 imprints. We asked for clarification from Seattle, and an Amazon spokesperson has explained that StoryFront is to be folded into Amazon Original Stories. StoryFront is an imprint of short fiction, while Amazon Original Stories will feature both fiction and nonfiction. This is evident in the first two titles being offered under the new imprint, which many will welcome because it features journalistic entries as part of its offerings. 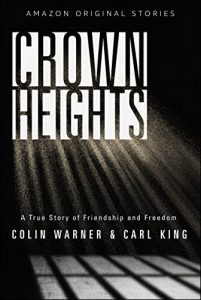 One such effort, for example, is among the two first titles from the new imprint. The first is Crown Heights by the wrongly imprisoned Colin Warner and his champion, Carl King, written with the “collaborative author” Holly Lorincz of Lorincz Literary Services. The second title is Joyce Carol Oates’ The Sign of the Beast.

These two titles are priced at $1.99 each—the Oates is available only in a Kindle edition; the Warner-King piece also has an audiobook offered. They can be read free of charge by Amazon Prime members and Kindle Unlimited subscribers. 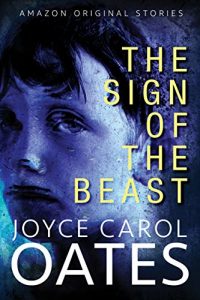 In a prepared statement, Sommerfeld is quoted, saying, “The goal of Amazon Original Stories is to champion stories, essays, and reporting by the premiere storytellers of our time and to introduce unforgettable new voices to Prime and Kindle Unlimited members. As we’ve seen through the great response to work available through Kindle Singles, powerful stories can be told in a single sitting and are another wonderful outlet for writers to reach readers. We plan to introduce new storytelling experiences in the coming months.”

Publishing Perspectives invites you to join us in being sure to #NameTheTranslator when talking and writing about translated literature.