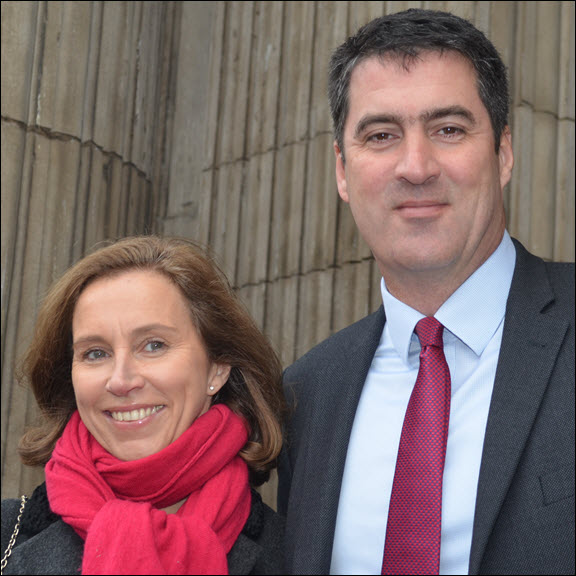 The Rev. Canon Michael Hempel tied Paddington Bear’s plight to that of Brexit-era refugees in a memorial service for children’s author Michael Bond, who died in June at age 91. 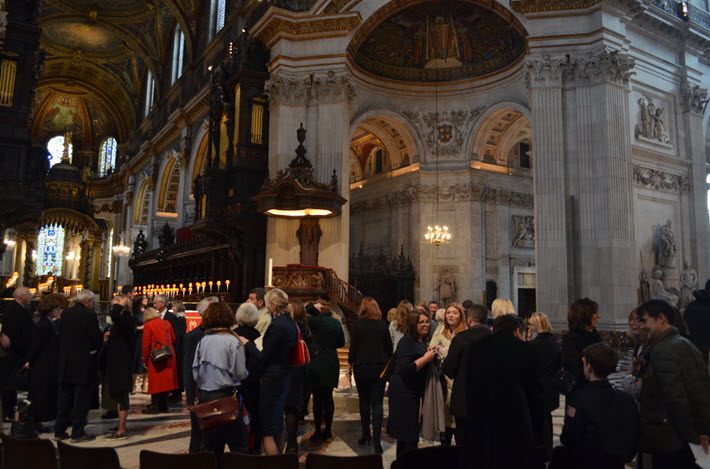 A Bear Looked After in More Than 40 Languages 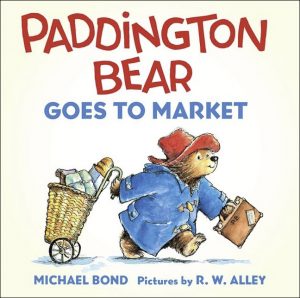 The late Michael Bond, CBE, creator of Paddington Bear, was honored at a memorial service at St Paul’s Cathedral, London. Family, friends, fellow writers, publishers, and agents gathered for a service of readings and tributes. The congregation included several personalities involved with Paddington television and film productions, among them Hugh Bonneville of Downton Abbey fame who has played Paddington’s put-upon benefactor, Mr Brown.

Bond died at age 91 in June, having started writing in 1945 while deployed in military service to Cairo. It’s reported that more than 35 million copies of Paddington books have been sold over the years, the first published in the late 1950s.

This week’s service allowed the Rev. Canon of St. Paul’s, Michael Hampel, to use the example of Paddington—the lost bear from deepest Peru who arrives in London knowing no one—to draw parallels with the plight of refugees, including those Jewish children who came to the UK on the Kinderstransport in 1938 and 1939. Among those listening was 94-year-old Judith Kerr, creator of Mog the Cat (like Paddington, published by HarperCollins UK), who fled Nazi Germany.

The films’ executive producers, Rosie Alison and Alex Derbyshire of Heyday Films, were on hand, as were writer-director Paul King and co-writer Simon Farnaby. Alison has strong connections with the book industry: she’s married to Tim Waterstone and is the author of The Very Thought of You (Alma Books 2010). 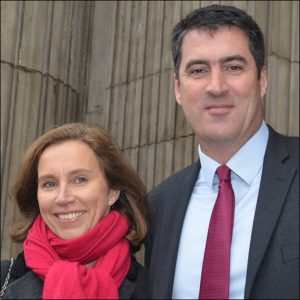 Murtagh recalled that she first met Bond at the Peruvian Embassy in London where Paddington’s 50th anniversary was being celebrated. “The ambassador awarded Paddington his own Peruvian passport,” she said, “which is the only time I think a fictional character has received a real passport. As you know, extraordinary things happen when Paddington is about.”

She paid tribute to Bond’s prodigious output and success—those global sales are in more than 40 languages—and said, “Between the age of 80 and 90, he wrote 10 new books.

“He accepted praise for his characters, while not seeking affirmation of his own talents as an author. We should not underestimate his contribution to culture and world literature. In his writing he shows qualities of courtesy, kindness, justice, and tolerance. Michael, we thank you for all your wonderful stories and for giving us such fun and laughter over the years. We promise you we will look after your bear.”

That last line is a reference to the message that Paddington has attached to him when he arrives in London—and it was a message that a number of guests had attached to their bags when they arrived at the cathedral. The security guards also revealed that one guest had brought orange marmalade along.

Bond’s service at St. Paul’s is said to be the first dedicated to a writer since the funeral of the poet Walter de la Mare in 1956.  De la Mare had been a choirboy at the cathedral and his ashes are buried in the crypt.

In his sermon, Hampel said: “Paddington’s story is a kind of parable, one in which the wisdom of the world is turned on its head. A refugee bear comes to exemplify a different kind of wisdom, one that says being different is okay, and which also says that being cast adrift in the world requires the very human action of rescue.

“Close to this cathedral there is another station, Liverpool Street, which was the destination for many Jewish children on the Kindertransport before the Second World War. Like Paddington, they were separated from their parents and arrived frightened to meet their new families. They needed looking after—and they were looked after.

“And now I hope that our nation isn’t changing, and that the political winds that are blowing do not mean that they would not be looked after again.”

‘Thank You for Showing Us Proper Values’ 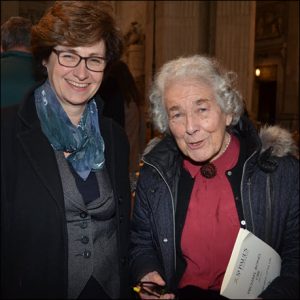 Those who worked with Bond over the years painted a picture of a kindly author.

Clare Harington, now at Hachette, said, “I had just started at what was then Collins, in the children’s publicity department, and Michael Bond was the first author I was introduced to and then went on to work with.

“He was Collins’ star author and everyone spoke about him with awe and respect so, before I met him, I was very nervous. I shouldn’t have been. He was so nice, courteous and gentle. I observed that he treated me in just the same way as he treated the most senior people in the company and it taught me that really great people aren’t grand, they don’t pull rank or show off to people less important than them. They treat everyone as equals.”

Bond’s daughter Karen Jankel recalled that at the premier of the first film, “all the stars were invited up on stage. My father was the last to go up, and when he did, everybody stood up.  When he told people about it afterwards, he said: ‘It was wonderful—they gave Paddington a standing ovation.’”

Finally, Bonneville and his fellow leads from the films, Madeleine Harris and Samuel Joslin, read out some of the many tributes the family has received.

One said: “The gift of Paddington and all the other wonderful characters [Bond] created, will leave a legacy of stories that will inspire, charm, and teach children about good manners for decades to come.”

Another simply said: “Thank you for showing us proper values through a bear called Paddington.” 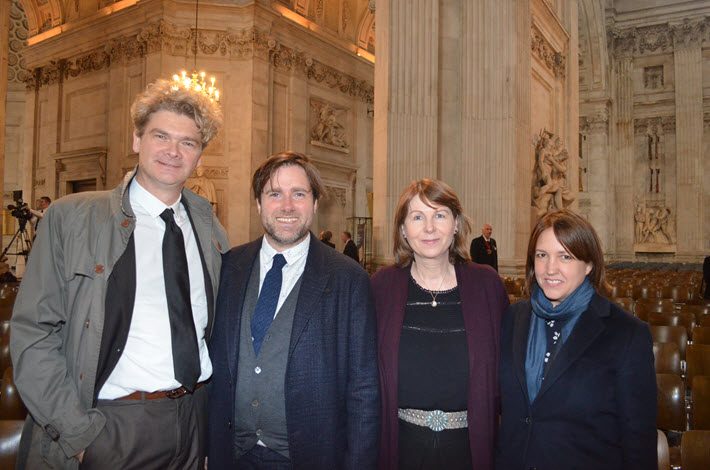