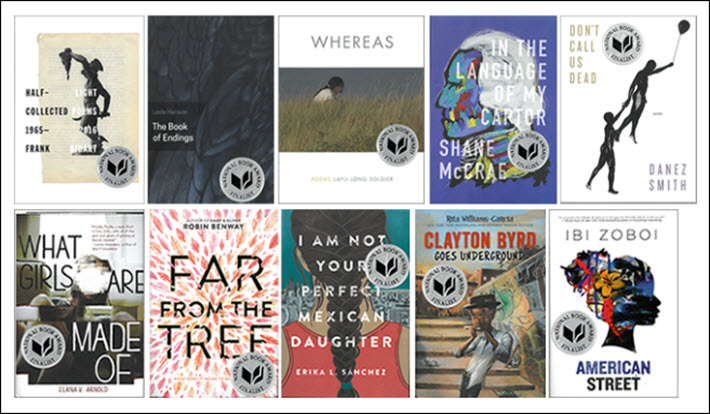 Want to be among the first to know who’s won this year’s National Book Awards? Tune into the award ceremony livestream on Wednesday evening (November 15), broadcast from New York City. 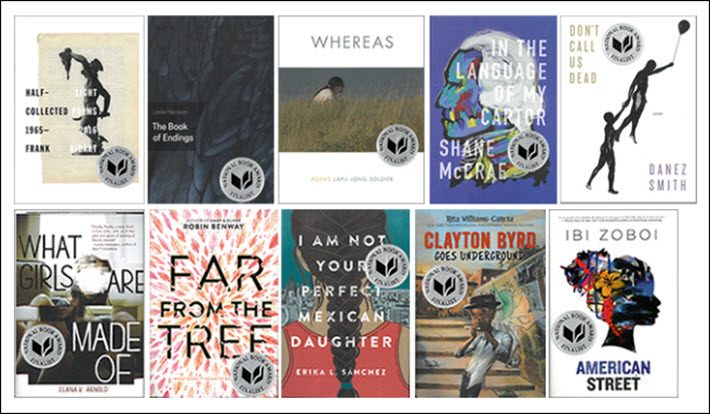 On the top row are 2017 finalists for the National Book Award in poetry. On the lower row, in young people’s literature

As in past years, you can watch the National Book Awards invitational ceremony in a Facebook Live stream on Wednesday (November 15) from Cipriani on Wall Street in New York City.

The stream can be found on Facebook here and you can set a reminder there now if you like. The event, beginning at 7:20 p.m. Wednesday ET (00:20 Thursday GMT), normally has opening comments, then a break while ceremony guests have dinner, and then returns for the actual awards.

Winners of the 2017 honors in fiction, nonfiction, poetry, and YA literature will be announced in the program hosted this year by Cynthia Nixon.

At the end of the week, 27 authors involved in this year’s National Book Awards programming will fly to South Florida for the Miami Book Fair. They’ll participate in panels and other events during the fair, which runs November 17 and 18 at Miami Dade College.

This is the fourth year in which the Miami and National Book Foundation programs have worked together on having the authors involved in the program at the fair in Dade County.

Panels in Miami include a “Teen Press Conference” events with the National Book Award finalists in YA literature; a session with all 27 writers moderated by National Book Foundation executive director Lisa Lucas; and a panel dedicated to each of the four categories in which the awards are conferred.

More about the Miami Book Fair component of the program is here.

On Monday (November 13), the foundation honored its “Five Under 35” writers:

The reading will be preceded by a private medal ceremony during which the finalists are given medals and the judges’ citations on their work. The reading afterward is open to the public at New York City’s New School, but is sold out at this writing. 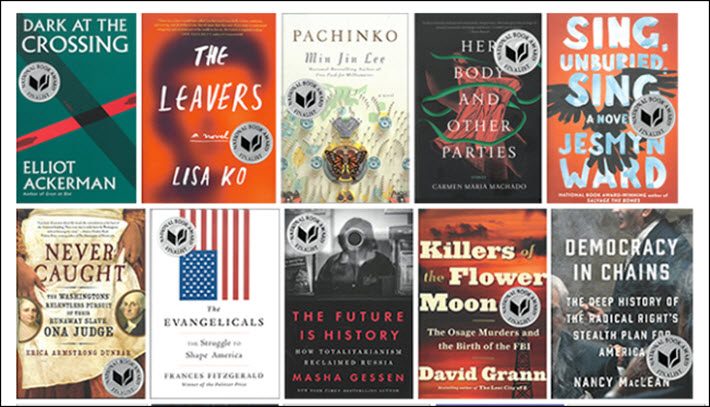 On the top row are the five finalists for the 2017 National Book Award in fiction. On the lower row, finalists in nonfiction.