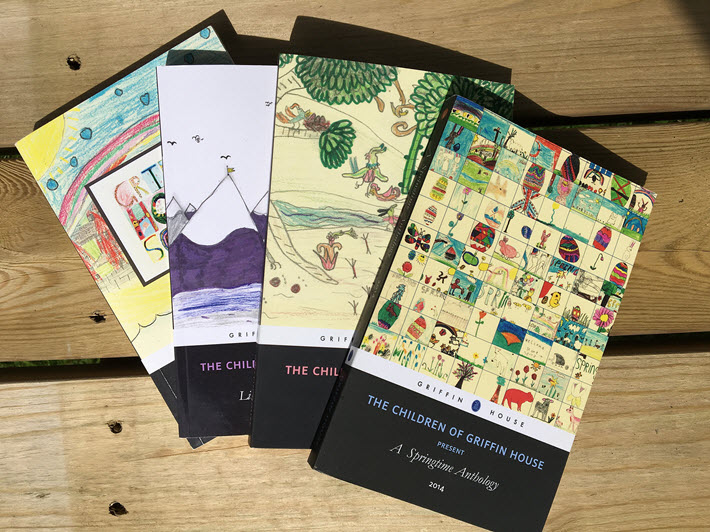 From one of the UK’s most outspoken advocates of digital savvy in the book business comes a new publishing platform for classrooms. Make Our Book is free to schools and is ‘properly magical’ for students, says Emma Barnes. 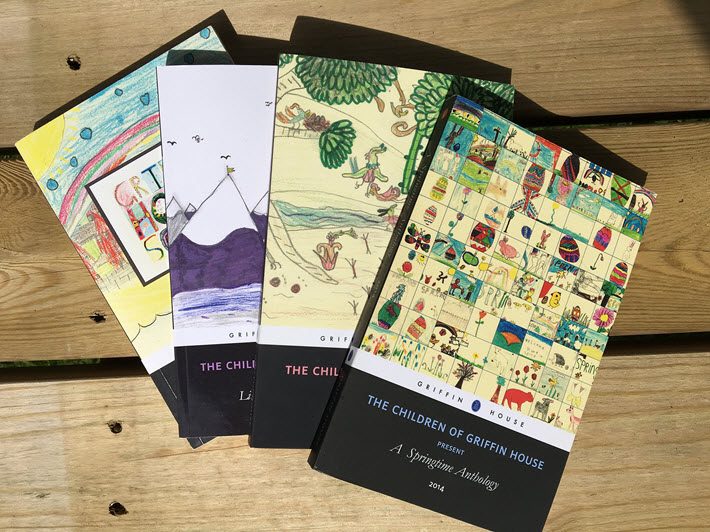 The volumes that would become a pilot program for Make Our Books. Image: makeourbooks.com

Only a week old, the new Make Our Book school publishing program from Bibliocloud‘s founding CEO Emma Barnes is the creation of one of the UK industry’s most outspoken advocates of digital publishing fluency.

In a nutshell, Make Our Book is a system that allows a classroom teacher to assign each student an opportunity to contribute some writing—a story, a poem, etc.—to a book. That book, as a group project, then is created at MakeOurBook.com, printed on demand, and paid for by interested parents, not by the school (unless it would like to buy copies). The whole project is housed and automated by Bibliocloud’s cloud-based system and is internationally available. American schools are in talks with Barnes already about using the platform.

Barnes piloted the concept in 2014, working with one of her own son’s teachers. In background information on the project, she writes, “It was so successful that the school chose to produce another book the following year, and the year after that, and the year after that. I’m not much of a cake-baker and I’m a pretty useless member of the school’s parent-teacher association.” With Make Our Book, she’d found her way to contribute and “to leave behind something of a legacy from my son’s time at school.”

Publishing Perspectives has spoken with Barnes, who created the independent publisher Snowbooks in 2003. She founded publishing management platform Bibliocloud in 2011.

She’s been urging her publishing colleagues to get better at coding for years. In a signal article at The Bookseller‘s The FutureBook in 2015, Barnes wrote, “I’m hopeful that I’ll be able to persuade publishers that becoming adept at code-writing is good for business, good for your teams, and good for the long-term health of our industry.”

“Publishers should recognize that an investment in providing staff with technical skills training will not pay off this quarter, or the next.”Emma Barnes, 'A Manifesto for Skills,' The FutureBook

And when The FutureBook called for “Manifestos for the Future of the Book Business,” Barnes’ A Manifesto for Skills was one of the most eloquently plain-spoken of them all: “Our people do not have the skills,” she wrote, to handle the digital developments sweeping through publishing and other various media. “Why, as an industry, do we still get humans to do the work of computers?” she asked. “Why do we keep entry-level positions secretarial? Why don’t we provide the right sort of training to equip our people for the future?”

And having learned to code and become a publisher-developer, Barnes now has formalized her school program in Make Our Book and may well be on the way to a hit.

In our exchange, we discovered that even Barnes is surprised at how quickly she was able to create this new venture.

Publishing Perspectives: How long did it take you to create this new program? 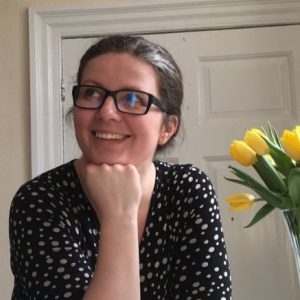 Emma Barnes: The first commit to the codebase was four months ago, Jun 25, 2017. And it’s been very much evenings and weekends. I announced the web app and opened the doors to the public last Tuesday, October 31. Very recent! However, the non-web-based business has been growing since 2014 [when she worked with her son’s schoolteacher on the first evocation of what would become Make Our Book].

PP: How has the reception gone?

EB: Far better than I could have hoped. You know what I’m like—this is not the sort of situation where there’s investors. Indeed, I’m the only developer, and I’ve been writing this in my spare time, after running Bibliocloud and Snowbooks. So there’s not much time or money going in to this—which makes it something that has to live or die on its own merits, rather than a carefully-crafted marketing message.

Amazing reviews on Facebook, Twitter, and LinkedIn. I’ve put some here. And we’re already in discussions with three early customers already: two K-12 schools in the US, two, maybe four, in the UK, and a bunch of enthusiastic inquiries from teachers and parents alike. Early days, of course, being less than a week old.

PP:  What has surprised you as the biggest challenge of this venture?

Make Our Book “provides a rare opportunity to encourage creativity for the sheer love of it—but cunningly at the same time ticks the requirements for children to be IT-literate, and for it to cost the school no money.”Emma Barnes

EB: Biggest challenge so far has been in the additional thought processes required to build a truly SaaS [software as a service] platform. With Bibliocloud, at the start, I hoped that we’d be able to write software that people would “Just Use.” It’s not turned out like that. As much of the value of Bibliocloud comes from our industry expertise as the software itself, and we work closely with each client to ensure they get what they need from us, which is a hands-on activity.

With Make Our Book, I wanted to revisit the idea of creating a truly automatic service—including the sales and marketing aspect. It’s required a lot of thought and re-thinking, but feedback so far from industry and teachers alike suggests that I’ve nailed it.

I’ve also been aware that for the first time in ages I’m engaging in an industry that I’m not expert in, so it’s been fascinating and quite refreshing to get inside the heads of teachers and to understand their pressures and requirements. The energy in the teaching profession is extraordinary, but the universal frustrations are both (a)  diminishing budgets and (b) the requirement to “teach to the test.”

That, I think, is why Make Our Book has hit the spot so closely: it provides a rare opportunity to encourage creativity for the sheer love of it—but cunningly at the same time ticks the requirements for children to be IT-literate, and for it to cost the school no money.

PP: By contrast, what, if anything, ended up going more easily than you’d anticipated in creating Make Our Book?

“This is a global platform. POD [print on demand] has come of age and so we can link in to printing locations around the world. And the challenges teachers face seem to be globally relevant.”Emma Barnes

EB: Turns out I’m a better programmer than I thought I was. It’s been a true delight to find “flow” in this project. In fact it’s inspired us to put into place what we call “Side Project Afternoon” at Bibliocloud. At first once a month and now weekly, we give all staffers Friday afternoon to work on their own projects. It has to be something that will ultimately benefit the company, such as skills acquisition.

Mine of course is Make Our Book. Our programmers are working on their own apps, Web services, and trying out new coding patterns. And our product manager is working on long-form writing pieces.

Until I’d started on Make Our Book I didn’t realize how useful it is to have a side project, to try out new ideas, use new tools, and to look at old problems with fresh eyes. It’s a real boost to the whole teams’ productivity, for sure.

PP: And as we’re seeing this, Make Our Book isn’t restricted to the UK, right?

“With Make Our Book, I wanted to revisit the idea of creating a truly automatic service—including the sales and marketing aspect.”Emma Barnes

EB: This is a global platform. POD [print on demand] has come of age and so we can link in to printing locations around the world. And the challenges teachers face seem to be globally relevant.

PP: Lastly, what do you stress when filling people in on the new venture?

EB:  The fact that the decision-maker (the school) doesn’t pay is key. Over the last four years, more than 90 percent of parents in the school have bought at least one copy of the book their child co-authored. You would, wouldn’t you? And there are often multiple copies sold for grandparents.

Compared to normal publishing, it’s a dream. Print to order. No returns. No sales commission. No distribution charge. Not even the cost of an ISBN, and dissemination to Nielsen, although we’re offering that as an upgrade. Engaged, delighted authors. No royalties. And you’re doing a great thing by making children burst with pride.

You should see their faces when they hold their book. It’s properly magical. Books are still magical.

The MakeOurBook.com site includes this explanatory video about the process of creating a book in a classroom setting.