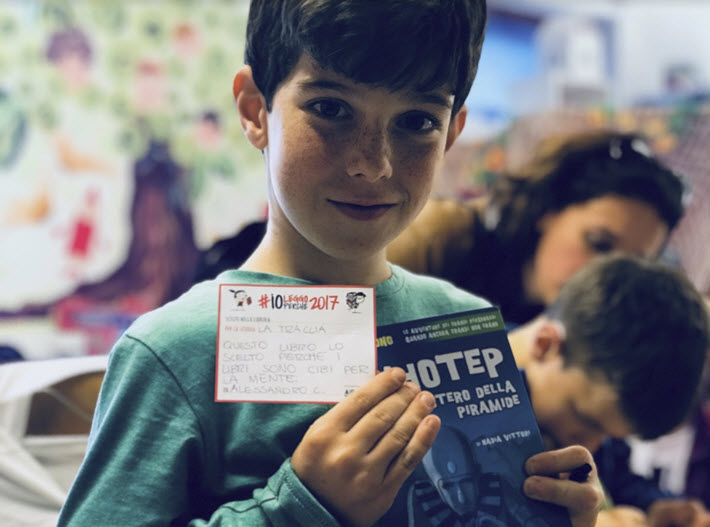 Capping a surprisingly strong showing from citizens in October during the #IoLeggoPerché (Why I Read) campaign, the Association of Italian Publishers cheers new Senate support for library tax credits. 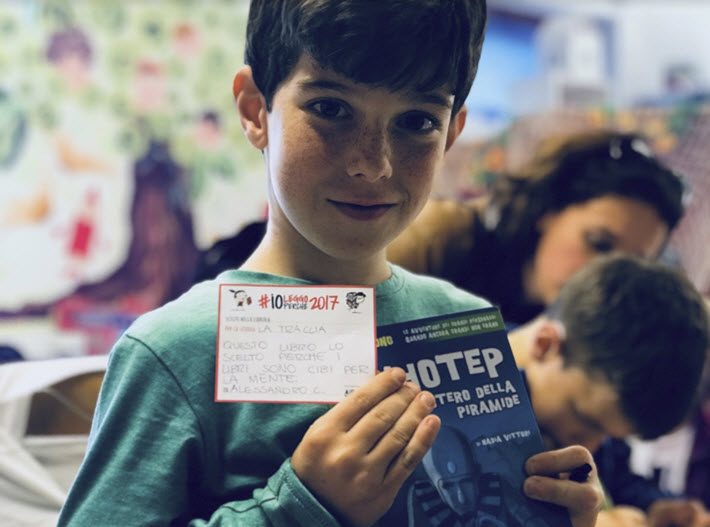 This boy’s note says he chose a book on the ancient Egyptian chancellor Imhotep during #IoLeggoPerché because it’s ‘food for the mind.’ Image: Association of Italian Publishers / Silvia Introzzi

The Association of Italian Publishers (Associazione Italiana Editori, AIE) is welcoming news that the Senate in Rome has approved a tax credit for libraries.

“Libraries today represent one of the primary places for spreading culture and reading,” says AIE president Ricardo Franco Levi. “It is therefore crucial to ensure fiscal support to safeguard their business.”

Levi said that the association hopes to see the library-friendly move lead to wider support for books and reading, “which Italy has for years in great need.” He referenced a meeting in October between representatives of the publishers association and Italy’s president Sergio Mattarella to discuss creating a stronger culture of reading in Italy, something backed by cultural minister Dario Franceschini.

And this news follows what the AIE is hailing as a spectacularly successful effort last month in raising national engagement in reading and libraries in Italy. 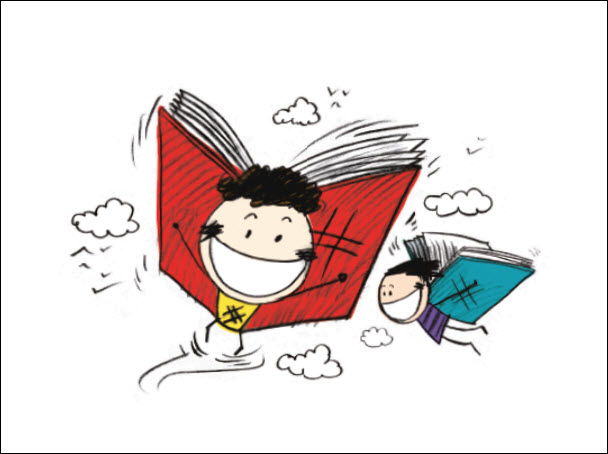 Artwork for the #IoLeggoPerché campaign

The association reports that 111,203 books were donated by Italian citizens to their school libraries during the nine-day #IoLeggoPerché project (Why I Read) organized by AIE with the ministry of education and libraries association–an outcome so impressive (80 percent above last year) that association member-publishers now are working to match the turnout with an additional 111,000-book donation, bringing the total to 222,000 books.

In that October 21-29 exercise, the Lombardy region (northern Italy, around Milan) led the donations, with 15 percent of the volumes given. Emilia-Romagna (centered around Bologna) was next, with 12 percent. And the eastern-coastal Puglia (the “heel of the boot” around Bari and Matera) produced 10 percent of the citizen-donations of books.

Throughout the country, the AIE reports, some 1.4 million students said they participated in campaign events including readings, contests, and presentations, while football athletes contributed video testimonials to reading and distributed copies of The Diary of Anne Frank and Primo Levi’s If This Is a Man. 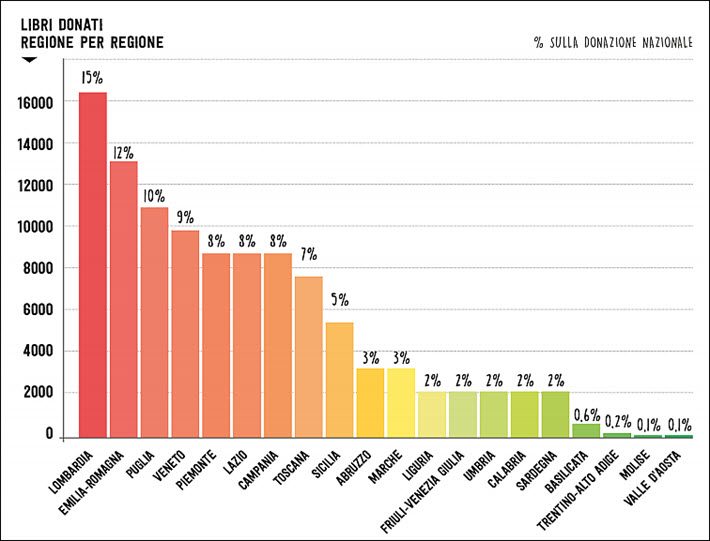 Book donations by region during Italy’s ‘Why I Read’ campaign for libraries and reading in October. Image: AIE

A Growing Fan Base for #IoLeggoPerché

Later this year, the five most engaged schools in the program will be given €2,000 each to spend on book purchases. Among the most-donated book titles:

The offices of the AIE report that the campaign has generated a fan base that’s growing at “a dizzying pace” on all social channels, with the campaign’s Facebook page drawing more than 73,000 followers and almost 100 reading testimonial videos viewed more than half-a-million times.

The new donations coming from publishers to match the citizens’ gifts of 111,000 books are to be contemporary titles, the AIE says, and should be in place by March.

The three libraries collecting the most books during the campaign are:

This banner from the #IoLeggoPerché Facebook page shows the math: 111,000 books donated by citizens in October to libraries are being matched by 111,000 titles from publishers for a total 222,000 books for young readers in Italy by March.