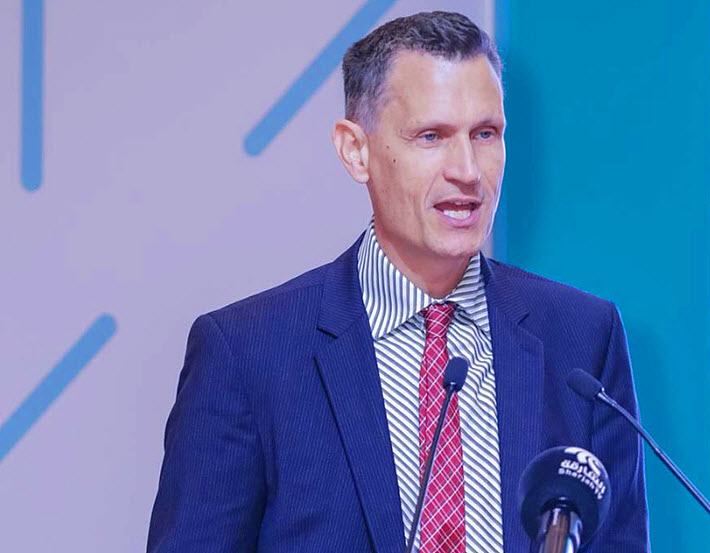 Violations of the Freedom to Publish ‘Should Be Eliminated’

Michiel Kolman is mincing no words in framing the International Publishers Association‘s position on Chinese censorship of academic journals. “It is the Chinese authorities that put individual publishers in an impossible situation where they are damned if they do and damned if they don’t,” Kolman tells Publishing Perspectives in an exclusive interview on the latest crisis. 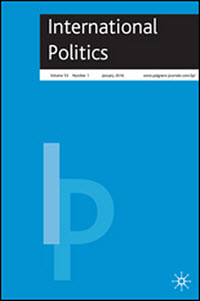 Last week, new shockwaves rippled through the world of academic journals when it was revealed that Springer Nature had consented to Chinese government pressure and had blocked access in China to as many as 1,000 articles in two journals, the Journal of Chinese Political Science and International Politics. As reported in the Financial Times, the stories blocked contained references to topics Beijing considers sensitive, such as Tibet and Taiwan.

Springer Nature, one of the world’s leading journal publishers, put out a statement, quoted by Benedicte Page in her article for The Bookseller, in which it argued that by bowing to Chinese pressure and blocking what it says is approximately 1 percent of its material otherwise seen in China, it’s protecting its ability to make the other 99 percent available.

From the statement: “In not taking action we ran the very real risk of all of our content being blocked. We do not believe that it is in the interests of our authors, customers, or the wider scientific and academic community, or to the advancement of research for us to be banned from distributing our content in China. ” 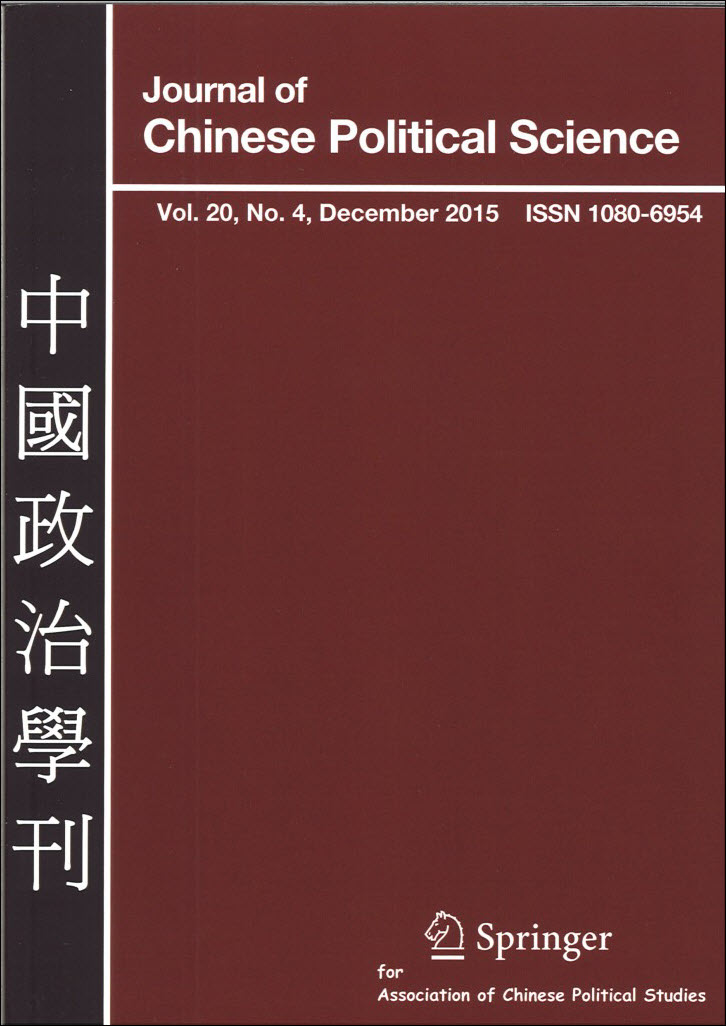 This is quite similar to arguments made in August by Cambridge University Press (CUP), when similar pressures were put on it to censor China Quarterly articles. As reported by Publishing Perspectives, Cambridge made a widely applauded decision to un-block the articles that China had demanded be blocked, but not before feeling the brunt of a virulent outcry from the world academic community.

Now, Springer Nature is taking that same anger from the world of scholarly and research writing and publishing full in the face for bowing to Beijing’s pressure.

In speaking to The New York Times’ Javier C. Hernández, Michael Cox, who edits International Politics, says that he will pressure Springer Nature to review its decision, as CUP did. “My first priority,” Cox says, “is to maintain and defend the principle of academic freedom.”

And the company will get little comfort from the position taken by the IPA’s Michiel Kolman, himself a senior vice president with Elsevier in Amsterdam.

In our exchange with him from the United Arab Emirates, where he has spent a week at the Sharjah Publishing City and Sharjah International Book Fair and professional program events, we began by looking back at the IPA’s reactions to the Cambridge incident of August.

Publishing Perspectives: The Cambridge University Press China Quarterly blocking drew an outcry from the academic community similar to the one we’re hearing now about the Springer censorship. Has the the IPA joined the objections this time, as it did in the August CUP case?

This violates not only the freedom to publish but also academic freedom. We strongly encourage all those involved to work constructively and rapidly together to eliminate these counter-productive restrictions.

PP: In its statement about the blocking, Springer Nature includes what seems to be an odd phrase, saying “This is not editorial censorship” but “a local content access decision in China done to comply with specific local regulations.” Do you have an understanding of what this means? Are they saying that it’s not an editorial decision of their own (Springer) but of the Chinese distributors? Or are they trying to indicate that the distributors’ requirements aren’t editorially motivated in some way?

“This violates not only the freedom to publish but also academic freedom. We strongly encourage all those involved to work constructively and rapidly together to eliminate these counter-productive restrictions.”Michiel Kolman, IPA

MK: That is a long question so allow me a longish response. The violations of freedom to publish come at several different levels and we are concerned about all of them.

We see, for example, that in some cases around the world, publishers themselves have been physically attacked, and sadly they at times pay with their lives—as was the case with the brave Bangladeshi publisher Faisal Abedin Deepan. In other cases, publishers end up in jail, as we have seen in Hong Kong and more recently in Turkey. Or we see that the authorities close publishing houses to prevent publications of works they object to.

In short, opponents of the freedom to publish seek to prevent publication of works in many different ways.

In science publishing, we deal with international authors and readerships and with global editorial processes.

The articles which the Chinese authorities find objectionable, have been published without any government interference. These articles, solely selected on their scientific merit, are part of the record of science. However, in China this set of articles is no longer available to the Chinese readership (while globally they remain available).

So unlike in the examples above where the publications are stopped, hindered or sabotaged, for these academic articles the publication process was free and unhindered, and the articles published and available globally.

But clearly access is being restricted in China and it is the IPA’s duty and conviction to challenge such restrictions wherever they occur, because the principle of the freedom to publish is fundamental to the IPA, to publishers worldwide, and in this particular case to the freedom of access to scientific information.

PP: China, of course, is represented with membership in the IPA—a fact not without controversy during the last IPA Congress in London—and we wonder if you’re hearing from publishers in the Chinese association about this situation. Is there a statement from their association on the matter, that you’re aware of?

“Having a dialogue does not imply that we would compromise our principles around the freedom to publish (or the protection of copyright). A dialogue implies that we are able to communicate our concern and objections clearly and directly.”Michiel Kolman, IPA

MK: Indeed, the IPA is growing in membership. We are at 76 [national and regional association] members right now, after adding another six brand new members in Frankfurt.

And we have great global coverage including in China, now that the Publishers Association of China (PAC) has been part of our association for more than two years. The PAC is certainly part of our dialogue around the latest restriction in China. In fact our secretary general, José Borghino, flew to Beijing a few days ago to facilitate the discussions with the PAC.

Having a dialogue, however, does not imply that we would compromise our principles around the freedom to publish (or the protection of copyright). Rather, a dialogue implies that we are able to communicate our concern and objections clearly and directly.

PP: At the time of the Cambridge University Press blocking—and then unblocking—of articles in CUP’s China Quarterly, we learned from you that the IPA decided not to call out Chinese authorities on this issue while speaking (on 23 August) at the Beijing International Book Fair, although there had been a plan to do so, initially. The decision was made, as we were given to understand it, to wait and see what the reaction to the CUP resistance to censorship would be, rather than follow through with an immediate condemnation on-site in Beijing.

Does that decision in terms of IPA’s strategy now have some bearing on the organization’s response to this newly revealed Springer Nature situation involving two of its journals?

“It is important that we look at the crux of the problem here and that is that Beijing demands that certain academic articles are no longer accessible in China. That is the problem we should address and is of great concern to the IPA.”Michiel Kolman, IPA

MK: In these situations the IPA takes a position based on its principles. We respond when all the facts are on the table and there is a good level of clarity on the issues at hand. Sometimes it will allow us to respond immediately, in other situations it will take a few days before we feel the time is right to issue a statement.

PP: And lastly, while the stance of Springer Nature is to some degree understandable on a certain level—accepting a certain amount of censorship in order to maintain access to much more material—is there a way to see this as an adequate response? Or is the position taken by others in the community—that a full rejection of that argument is necessary—correct in terms of how the IPA sees this?

In other words, isn’t full and complete freedom to publish the only acceptable stance? Or does this situation (and/or Cambridge) show us that in some cases there are compromises to be taken onboard in some way?

MK: It is the Chinese authorities who put individual publishers in an impossible situation where they are damned if they do and damned if they don’t. I think it is important that we look at the crux of the problem here and that is that Beijing demands that certain academic articles are no longer accessible in China. That is the problem we should address and that is a decision which is of great concern to the IPA.

Moreover, we do not feel it is in the interest of Chinese researchers to be excluded from certain parts of the scientific record. The availability of new ideas and knowledge is key to the advancement of science and an important principle in a world where research and academic collaboration is increasingly global. Chinese science and research has seen an enormous upswing in output and quality over the last 10 years. Restricting access to academic articles, which passed strict peer review, is simply not helpful to academics and researchers in China.

In short, these violations of academic freedom and freedom to publish are counter-productive and should be eliminated.