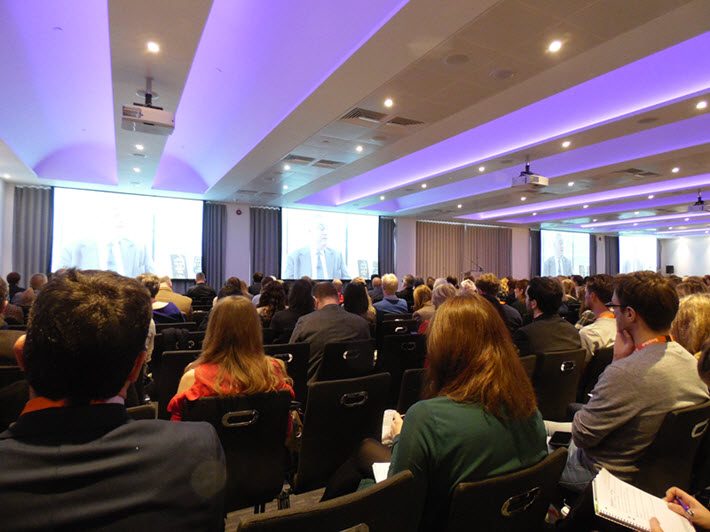 Leading questions and an extensive three-tracked structure frame the programming of this year’s FutureBook conference from The Bookseller team in London. 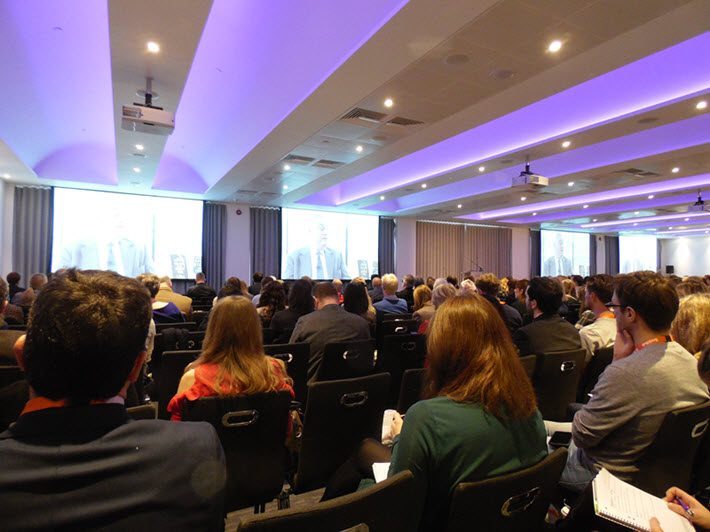 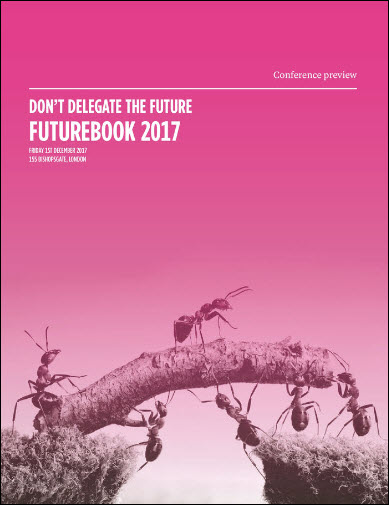 When delegates gather on Friday (December 1) at London’s 155 Bishopsgate for The Bookseller’s FutureBook 2017 conference, some of them may notice that the program is written almost entirely in questions.

In fact, one of the few things that’s not posed as a question is the theme for this year’s conference: “Don’t Delegate the Future.”

And while it’s interesting to see a sort of genteel co-opting of the Kindle’s 10th anniversary posited as “ten years into the digital revolution,” the energy behind the advance commentary on the event from Bookseller editor Philip Jones and his team is promising, prudent, purposeful.

“This year’s FutureBook conference, the largest yet,” writes Jones, “covers the digital, audio, and edtech sectors and poses series questions, with insight provided by the panelists and delegates engaging from the floor.”

Catch that? “Series questions,” Jones wrote in his leader piece to the FutureBook Preview magazine. Did he mean “serious questions?” A lot of them are serious enough, as we all know.

But series, too, the series as an old-new phenomenon in content presentation is a feature of many explorations in publishing today. We can start with FutureBook speaker Molly Barton’s Serial Box—and the more-than 400 million serial installments so far uploaded onto Toronto’s Wattpad platform. And then there’s the irony that precisely when a new golden age of television series learns to release its bounty in full-seasons for avid binge-watching, publishing seems to have learned (again) to eke out stories, a bit at a time.

The FutureBook event itself has become a bit of a binge, a three-ring conference. Jones, with the support of Emma Lowe and my successor as FutureBook editor Molly Flatt, has trifurcated Europe’s largest annual publishing conference this way:

For a clue as to what drives this maturing event to become The Three Faces of FutureBook, take a look at the results of The Bookseller’s annual Digital Census. 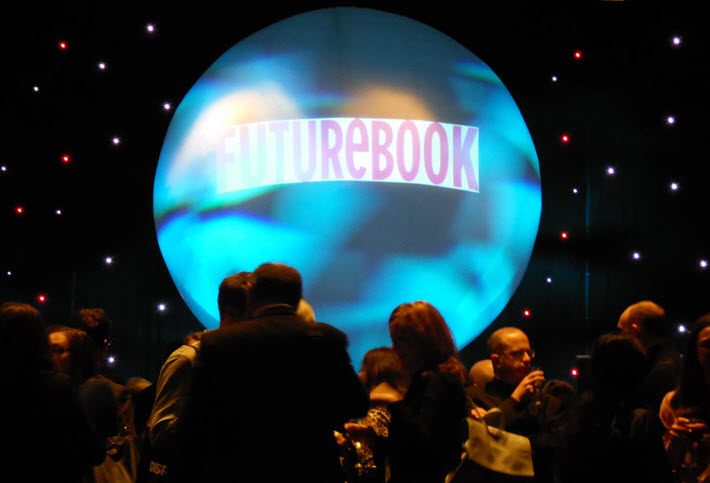 Ready for Another Digital Disruption?

This year’s assessment of the responses to the census is written by Sam Missingham. She’s my predecessor in editing The FutureBook. There have been three of us, too, the editors of FutureBook.

The information the census lays out shows what many of us felt at the Frankfurter Buchmesse this year: a kind of tight smile is seizing the industry, maybe because “around half of you think the book trade will be hit by another major disruption within five years,” as Jones puts it.

And here’s Missingham: “UK publishers are confident that digital is integrated across their businesses. This is encouraging and shows that they consider themselves able to handle further disruption.” What could possibly go wrong?

Needless to say, The Bookseller’s Digital Census isn’t scientific, of course, and that’s fine. Answering its questions is voluntary, it’s a survey of a self-selecting sample. And while it’s internationally available, the overwhelming majority of respondents are from the UK for which The Bookseller is the trade publication of record.

What the census offers each year is a way to catch the tone of the times, more a blood-pressure check than a data field.

Here are a few inputs from the census, with Missingham’s explications in quotes:

Nigel Roby, Jones, Lowe, Flatt, and their associates have been growing this conference with more risk-taking moxie than the program’s text can convey. If the current model has a mildly frenetic air thanks to its many moving parts—including a live podcast during the day—it’s a clue to their zeal for innovation in the pink glow of The FutureBook.

Through no one’s fault, of course, the “future” part is still where most of the attention goes. This is an industry conference, and the industry has much to figure out about its future—as Jones is telling us, delegating it is the answer to none of these questions.

In times of change-exhaustion, though, it’s comforting to wonder, at least, if we won’t eventually see a BookFuture, something about newly derived traction for reading by as many men as women, as many adults as children, as many multicultural hues and dialects and worldviews as there are in the marketplace. That conference might even be blue, not pink, how soothing.

But meanwhile, in this most political of so many years, here’s one more question for you: What word do you not find in the program for Friday, at least as it’s listed on the conference site? Brexit.

As we seem to be learning in the Newer World, too, maybe a few things this year are simply better left unasked, Pocahontas. 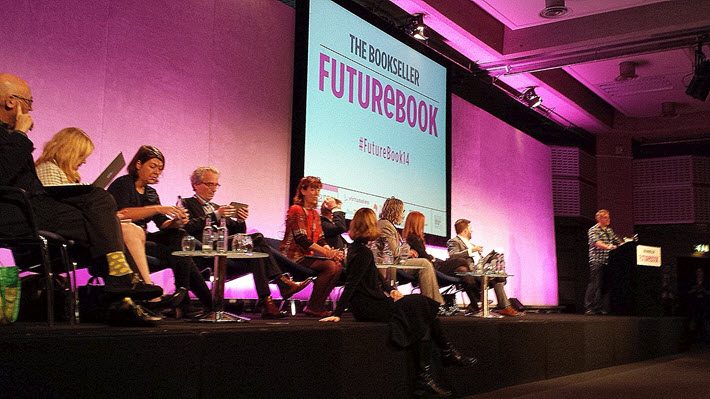 This is the ‘Big Ideas’ closing session of the 2014 FutureBook conference, which was held at Westminster’s QEII Centre. Image: Porter Anderson