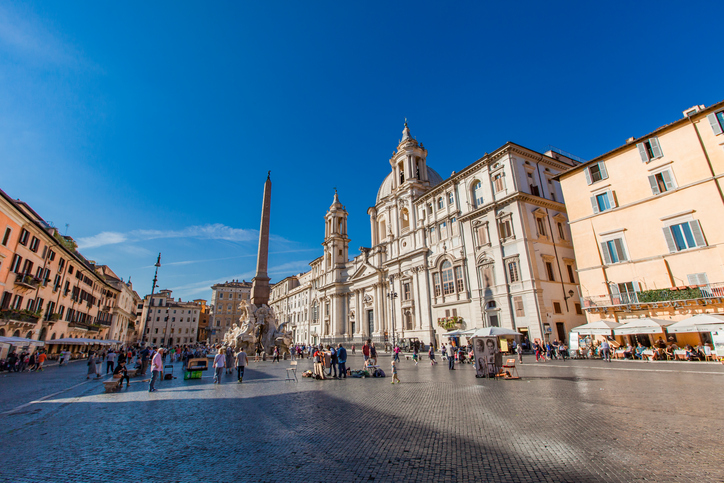 In Rome, a North American publisher joins forces with its Italian founder to create a new English-language bookshop. And in Rotterdam, Sweek launches another competition with a German-language publishing contract as its grand prize. 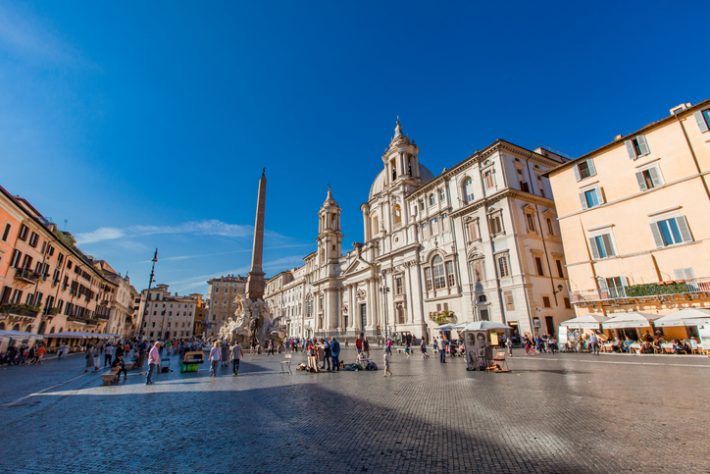 An autumn day on Piazza Navona in Rome near the site of the new Otherwise bookshop for English-language literature. Image – iStockphoto: Boggy22

On Via Del Governo Vecchio

A new English-language bookstore called Otherwise is coming to Rome with an opening planned for Tuesday (November 21).

The new retail store is the product of a partnership between Europa Editions, its Italian parent company Edizioni E/O, and independent bookstore Altroquando.

The opening of the store is timed, in part, to the Più Libri Più Liberi festival set for December 6 to 10 at La Nuvola, Rome’s new congress center designed by Massimiliano Fuksas. One event announced to take place in January (the exact date is still to be set) is a conversation at the store with Ann Goldstein, a former editor at The New Yorker and the translator of the Elena Ferrante books.

Early press notices indicate that the store’s concept includes not only sales of “North American editions of fiction, nonfiction, literary journals and other periodicals,” but also the establishment of a meeting place for Rome’s English-speaking community and visitors.

An opening party is set for November 30, and Otherwise is located near Piazza Navona at via del Governo Vecchio 80 on Piazza di Pasquino.

Sweek, the Rotterdam-based reading-and-writing platform—and a Booktech category contender in this year’s FutureBook Awards in London on December 1—has announced another writing conference that has a publishing contract as its prize.

The newly announced competition is a partnership with German publisher Arena Verlag and is open to unpublished books in German. Participants must be 14 or older, and entries must be at least 50,000 words in length. The entry period runs through January 19, and entrants should use the hashtag #zeigdeindigitalent in submissions (“show your digi-talent”).

Sweek users will choose a shortlist by vote, then a panel of jurors will choose the winner. The grand prize winner of the competition is to be announced at Leipzig Book Fair, March 15-18. Full details for interested writers are here.

What’s prompting this build-out of competitions, in part, is van Bekkum’s success with his first such effort, the SchreibmitRavensburger contest in which a 16-year-old Swiss writer, Samira Brosshard, won a publishing contract. Her book is to be published by Ravensburger in the spring.

Van Bekkum now talks of Sweek’s talent-scouting function as central to his vision for the company’s development, not least because user participation in these contests can help build a community of eventual book-buyers for a winning title once it’s published. He’s looking for more publisher-partners in these arrangements.

In a prepared statement, Sweek co-founder Veronika Kartovenko is quoted, saying, “Mobile and social is the new way to discover young talent and build a community around the contest right from the start. We see this in all our writing contests.”

The “digi:tales” element of the branding on the contest comes from Arena Verlag’s still-young program–digi:tales was launched in October 2016 at Frankfurter Buchmesse and publishes in genres of romance, fantasy, thriller, and science-fiction, “all optimized for a young digital readership,” meaning with a major emphasis on mobile delivery.