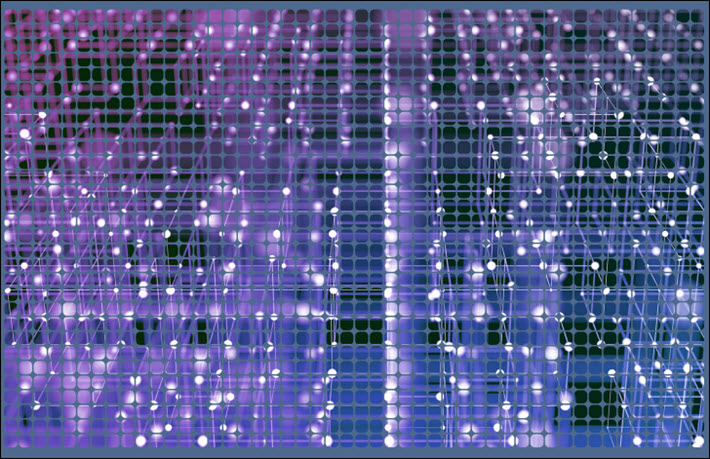 ‘It would make larger parts of the research cycle open to self-correction,’ says the Digital Science report’s author Joris Van Rossum, but so might ‘a less drastic change in the ecosystem.’ 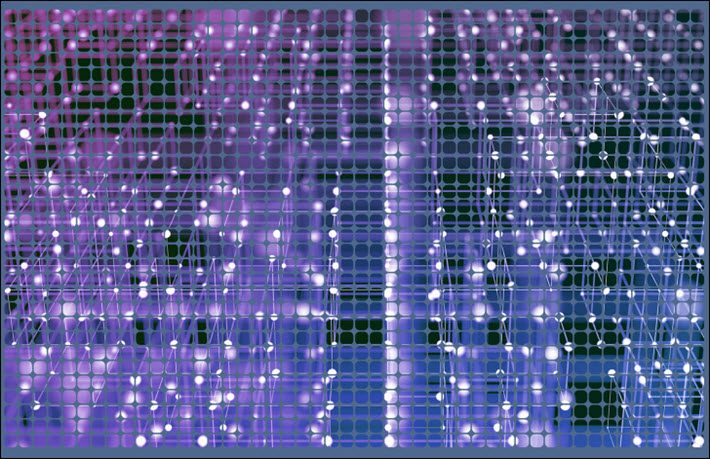 Released in London and Boston today (November 28), research technology company Digital Science‘s report Blockchain for Research: Perspectives on a New Paradigm for Scholarly Communication (Figshare download) comes with the offer of a £30,000 (US$25,000) catalyst grant to support blockchain technologies in scholarly research and publishing.

A blockchain is essentially a shared, decentralized ledger, and it’s the technology that powers Bitcoin. The information in a blockchain is stored across a peer-to-peer network. A single user can’t change the records in the ledger, making the data stored in a blockchain more secure.

Amid widespread interest in blockchain technology (you can read our earlier coverage here)—and probably an equal amount of skepticism for how broadly applicable it may be—the new white paper from Digital Science “zooms in on blockchain’s potential to transform scholarly communication and research,” according to material released to the media, “focusing on important initiatives in this field.

“The report highlights how blockchain technology can touch many critical aspects of scholarly communication, such as transparency, open science, and reproducibility.”

In a prepared statement, Joris Van Rossum, Digital Science special projects director and the author of the report, is quoted, saying, “Blockchain technology has the opportunity to positively impact scholarly practices and could even change the role publishers play in the scholarly ecosystem. The potential extends to solving urgent crises in scholarly communication, such as around costs, trust, and universal accessibility to scientific information.”

In another prepared statement, Eefke Smit, director of standards and technology for the International Association of STM Publishers, is somewhat more guarded, saying, “The STM publishing world is suffering its own set of trust issues at present. But even with its imperfections, the current system of academic publishing is strong and offers an efficient infrastructure.

“However, I could see current players adopting and creating bits of blockchain infrastructure where they can really make a difference.”

‘Addressing the Reproducibility and Credibility Crisis’ 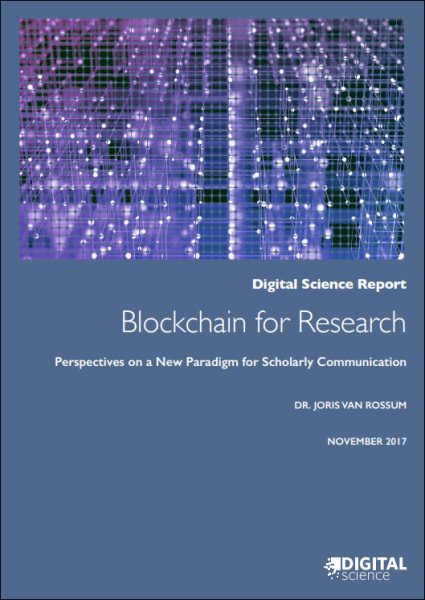 The paper looks in part at the work of German radiologist Soenke Bartling, founder of Berlin’s Blockchain for Science think tank, telling readers that “an open, permissioned blockchain instead of separate, disconnected systems would bring significant advantages on various levels to researchers.

“It would make larger parts of the research cycle open to self-correction, and could, therefore, be a new potential to addressing the reproducibility and credibility crisis as well as reducing overhead thereby accelerating the scientific process.”

One of the points Van Rossum addresses from the Bartling material is peer review.

“The peer review process could greatly improve through the blockchain and data underlying the published results could be made available,” he writes. “This would not only improve reproducibility in general, but also allow reviewers to do their work more thoroughly.

“Encryption allows reviews to be validated but remain anonymous and stored permanently. Moreover, post-publication review in various forms could be integrated easily.”

And as it turns out, the report is not the purely cheerleading gesture it might appear to be at the outset. In a section called “Hype or Game Changer,” Van Rossum writes, “Adopting a blockchain for research successfully implies that it is adopted widely, and this requires a fundamental transformation on the level of funders, institutions, publishers, as well as scientists themselves, which increases the level of change required.

“For this reason, it is important to question whether scholarly communication really needs a blockchain, or whether improvements could be achieved with a less drastic change in the ecosystem.”

This graphic in the Digital Science report indicates how a blockchained science might open the research process ‘in the most comprehensive way.” Image: Digital Science, ‘Blockchain for Research,,’ from Soenke Bartling, CC-BY

What’s more, Van Rossum writes in a statement of the obvious, “The likelihood and success of a blockchain for scholarly communication would also depend on its level of implementation.

“For example, information stored on the blockchain could be restricted to traditional researcher roles, publications and use of content (e.g. authorship of scientific articles, usage and citations). But it could also reward unconventional roles and affect wider aspects of the research workflow including peer review, publication of datasets, hypotheses, etc., which would increase the level of complexity.”

Needless to say, as the price of a single Bitcoin powers up to $10,000, even more attention is being drawn to blockchain technology, but publishers may not be applauding  “If the writing of manuscripts, peer review, and the dissemination of content takes place on the blockchain,” Van Rossum writes, “the role of publishers could, in theory, be considerably reduced. These activities could take place without the mediating role of a publisher.”

As in so many discussions around blockchain, much is assertion, little is proven performance. And so the readers of Digital Science’s new release shouldn’t expect to walk away with answers but with perhaps better-informed questions.

And Van Rossum’s last line (prior to some extended observations from Smit and Philipp Sander of the Frankfurt School Blockchain Center) is useful to keep in mind, coming straight from the “some things never change” department: “Overall, the speed of adoption of a blockchain will to a large extent depend on the willingness of, and urgency for this, in the academic community.” 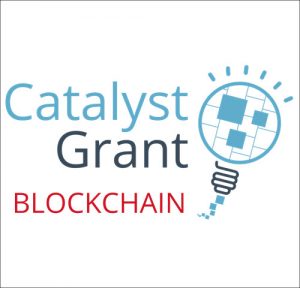 The deadline for applications is December 31, and the company says it’s looking for “original early-stage software ideas that help benefit scientific research.” The application requires a proposal (maximum 1,500 words) with diagrams, describing:

These grants applications are considered twice yearly, in June and December.