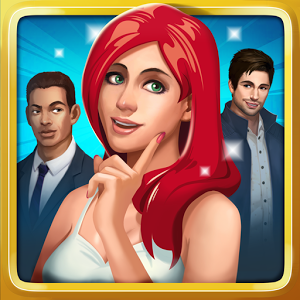 In the last several years, publishers and writers have been faced with several challenges, including how to attract a new generation of readers, how to compete with other forms of entertainment, and how to find new ways of generating revenue from a writer’s work. Crazy Maple Studio has a solution for all three problems.

Founded in January, Crazy Maple Studio, a division of ChineseAll USA Corp, creates interactive games based on novels in a variety of genres.

Called “Chapters: Interactive Stories,” these games tell a story featuring scenes in which readers can select a particular outcome.

Crazy Maple Studio sees their role as something between publishing and gaming. Today, many people play games on their phones. With Chapters: Interactive Stories, Crazy Maple’s developers hope to help traditional publishers re-engage with their audiences.

One way they see traditional publishing’s system breaking down is in “pay to play”: in trade publishing, consumers are required to pay for a book before beginning to read. With the gaming model, readers get to “play to pay,” making the entry point less of a hurdle and expanding readership for stories more quickly and easily, making money through advertising or in-app purchases.

“Our goal,” says Joey Jia, CEO of Crazy Maple Studio/ChineseAll USA, “is to help authors and publishers bridge the gap to a younger audience while also making money in a new revenue stream that hasn’t yet been fully explored.”

Crazy Maple Studio licenses the story from the publisher or author either through a straight licensing deal or through a revenue share.

While there are some deviations from the main licensed story, about 90 percent of the original text is preserved.

For additional dialogue in the game that wasn’t in the original story, Crazy Maple Studio will sometimes ask the author to provide that content or work with the publisher’s in-house editor. In the app, there are games based on popular novels as well as novels by debut authors, to help introduce new writers to the gaming audience. 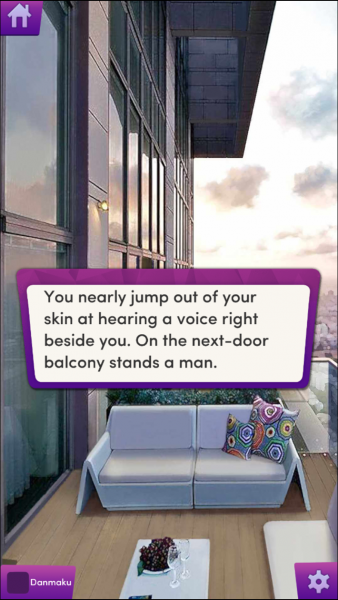 In August, Crazy Maple Studio launched its first four stories. It currently has eight games available in the app and will have three more before year’s end.

As of this writing, Crazy Maple has had more than 550,000 downloads of the app from users in many parts of the world and the company expects to have more than 1 million by January.

The most popular genres are romance, fantasy, and YA, reflecting a younger, international audience. The demographic is largely female, 70 percent, between the ages of 18 and 30.  Crazy Maple has a global audience with 50 percent of downloads in the US; 10 percent in the UK; 10 percent in Canada, Australia, Germany; and 10 percent in Asian Pacific markets.

More than 50 percent of traffic to the app is through word of mouth. And, downloads and playing are seen to increase when users discuss some of the secrets of the game, including how, in some stories, a gamer may get a financial reward for making a fair choice.

In such instances, sites have been devoted to sharing those choices in the game that would provide the reward. But Jia says he doesn’t see that as a downside, because it means that gamers are connecting with the game and sharing it with friends and the public at large. 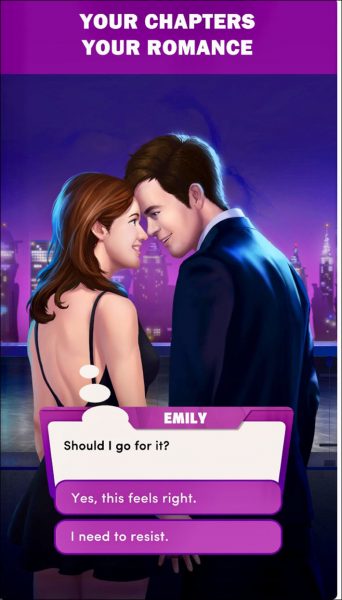 This month, Crazy Maple Studio will launch its first science-fiction book by Liu Cixin, the first Asian writer to win the Hugo Award for science fiction and known for the Three Body series. Jia says he believes this book will connect Crazy Maple to an even broader audience.

As the collection continues to grow, the goal is to attract more authors in a variety of genres to publish their stories as games. Jia sees this as a good way to test an idea or outcome of a story with an audience. Although it’s a relatively new way of reaching readers and there’s not much direct sales data to share so far, Jia says he and the publishers he’s worked with have noticed that the games often lead back to interest in the original novels.

With “‘Chapters: Interactive Stories,'” Jia says, we’ve entered the world of reading 3.0. Reading 1.0 is traditional print books, Reading 2.0 is the development of ebooks and reading digitally. And reading 3.0 is interactive reading. Just as formats are developing, so is reading.”

Whether as a testing ground for new story ideas or a way to make additional revenue from a current, published project, Chapters: Interactive Stories appears to be a growing, viable approach for writers to use in connecting with audiences in a new and interesting way.