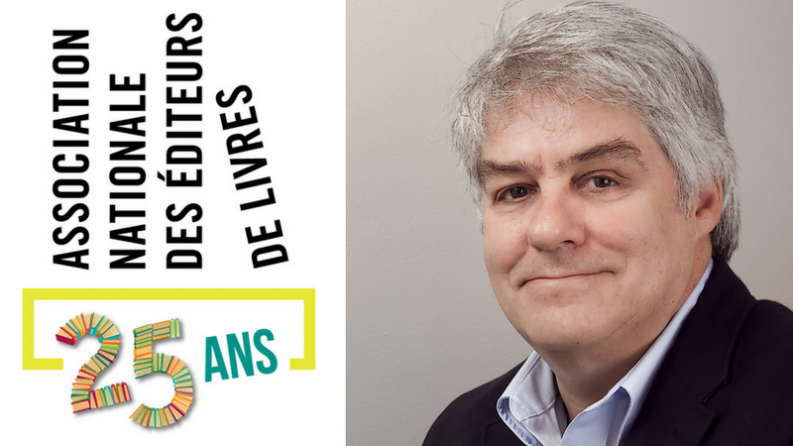 The executive director of the Association nationale des éditeurs de livres (ANEL) talks about the association’s work to support the flourishing francophone book market in Canada. 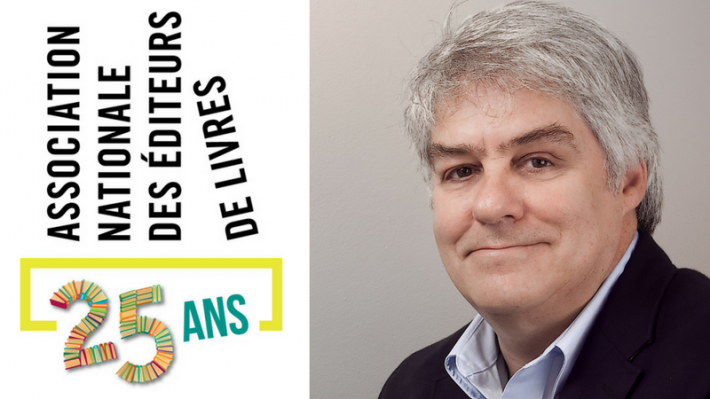 This story was originally published in our “Publishing in Canada” magazine, produced in cooperation with Livres Canada Books. Download the magazine here.

Prieur, the executive director of the Association nationale des éditeurs de livres (ANEL) since 2010, adds, “If they are published in France under a French brand, they still choose a Canadian brand for the local market.”

“The Québec Édition committee, which is run by Karine Vachon, is a great achievement,” says Prieur, who has been ANEL’s director since 2010.

As ANEL looks back at its 25-year history and forward to its next projects, Publishing Perspectives spoke with Prieur about ANEL’s view of the French Canadian book market.

Publishing Perspectives: What are some of the unique characteristics of the French Canadian book market?

Richard Prieur: The book industry is well supported by the provincial government of Québec, and export activities are subsidized through Québec Édition, an ANEL committee that organizes collective stands.

A provincial law known as Bill 51 that was approved in 1981 has been really helpful in supporting independent bookstores and libraries throughout Québec. The bill requires public institutions like libraries and government offices to acquire their books from a bookstore in its region. Independent bookstores are doing well in Québec [as a result], and there are plenty of them.

PP: How has French Canadian publishing evolved in recent years?

RP: A lot of new publishing houses have appeared, and only a few have gone out of business. There are a number of key players in the industry today. Publishers like La Pastèque (graphic books), Lux and Écosociété (essays), Le Quartanier, Alto, la Peuplade, Mémoire d’encrier, Marchand de feuilles and many others in literature have seen international success.

Plus there are well-known publishers like Québec Amérique, Boréal, and many more.

[In addition to developments domestically], the French Canadian market shows great vitality and interest in publishing authors in translation from English and Indigenous Canada.

PP: How much of an impact does France have on Québec’s book market?

RP: In the early 1970s, 90 percent of the French-language book market in Québec was controlled by publishers from France. These days, it has narrowed to 55 to 60 percent.

PP: Recently, copyright collection agency Copibec filed a class action lawsuit against Laval University in Québec for using copyrighted material without permission. Does ANEL have an official position regarding this case, or Canada’s Copyright Modernization Act?

RP: ANEL fully supports Copibec and takes the position that those universities must not only be respectful of authors’ rights (droit d’auteur), but must also be promoters of the idea that without copyright, there is no creation, writing, or culture.

Regarding the Copyright Act (Loi sur le droit d’auteur), ANEL was part of the group of cultural associations that strongly fought the new law and asked for numerous amendments without any result from the federal government. We are getting ready for the review of the law scheduled for next November, and we are working with writers’ unions, Copibec, Access Copyright, and others.

PP: In light of the association’s 25th anniversary, are there some achievements or highlights from ANEL’s history you want to mention?

RP: In 2008, ANEL spearheaded the creation of a digital book warehouse in cooperation with Québec-based tech firm De Marque. The technology was developed by De Marque and then sold to French, Italian, Spanish publishing groups.

In 2012, De Marque, in cooperation with ANEL and public libraries in Québec, launched pretnumerique.ca, a system that allows libraries to lend digital books from Québec and French Canadian publishers.

And through the efforts of ANEL, Montréal was named UNESCO’s World Book Capital (Capitale mondiale du livre) in 2005.

PP: ANEL publishes a magazine called Collections. Can you tell us more about this magazine?

RP: It was at the start a promotion tool to help libraries in Québec and abroad to complete their collections of Québec and French Canadian books. Then we extended the distribution to bookstores and started offering subscription to general public.

Each magazine, published four times a year, has a special theme. The list of themes is put together in collaboration with librarians. Some issues have even been inserted in daily newspapers.