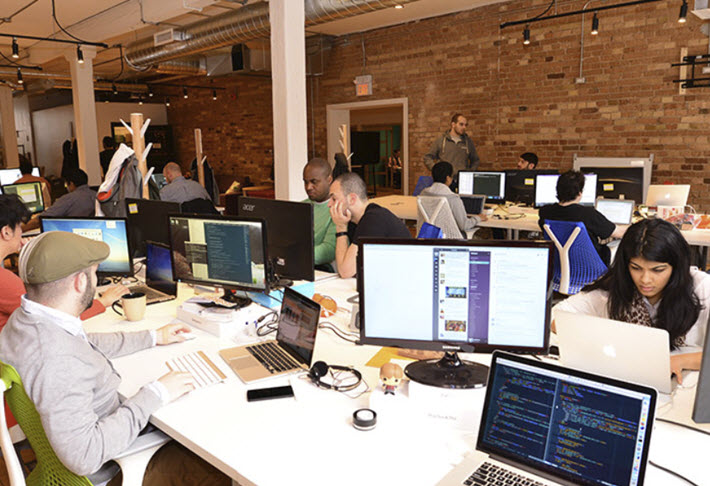 Reported by the Canadian press to be generating ‘annualized revenue of $20 million,’ Toronto’s reading-and-writing platform Wattpad has become a living index of trends in its youthful demographic. 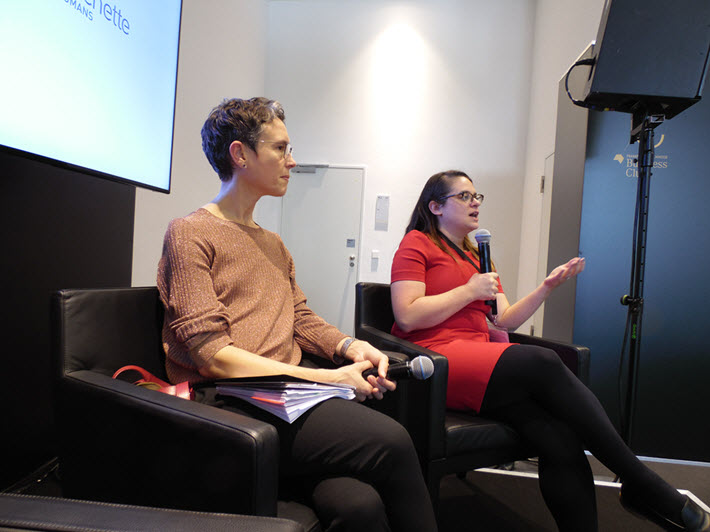 ‘The Pulse of Trends All Over the Planet’

With some 60 million monthly users—90% of whom are Millennials and Gen Z—spending more than 15 billion minutes per month reading content on Wattpad, the Canadian-based storytelling platform is a goldmine of information about what’s most popular with young readers around the world.

In a Publishing Perspectives Talk at the Frankfurt Book Fair’s Business Club, Ashleigh Gardner, head of partnerships at Wattpad Studios, was joined by Hachette Romans managing director Cécile Terouanne to discuss how the venerable French trade publisher is using Wattpad-generated content to produce new books for its youthful French readership.

“We can see the popularity of tags as they rise, or a growth in reading time on a particular keyword. “Ashleigh Gardner

Gardner and her team have had a busy year—both in creating such partnerships with trade publishers to produce Wattpad books and in rolling out new distribution elements, such as Tap Originals, an enhanced chat-fiction functionality, and Raccoon, a new video app for storytelling.

Shortly after the Frankfurt Book Fair, the Globe and Mail reported on a new US$40 million investment in Wattpad by China’s Tencent Holdings, “part of a $50 million venture capital deal that values Wattpad at $400 million including the new funding,” according to the Globe’s sources. And this, as the platform announced its first paid subscription program, Wattpad Premium, which gives users and ads-free experience.

While some observers have questioned how Wattpad could monetize its output, “Between advertising and licensing,” write Sean Silcoff and Shane Dingman at the Globe and Mail, “sources say Wattpad now generates annualized revenue of $20 million a year, growing by about 100 percent annually.”

What we’ve asked Gardner and her team to give us here is what Wattpad might be able to tell publishers is going on in terms of YA reader interests. 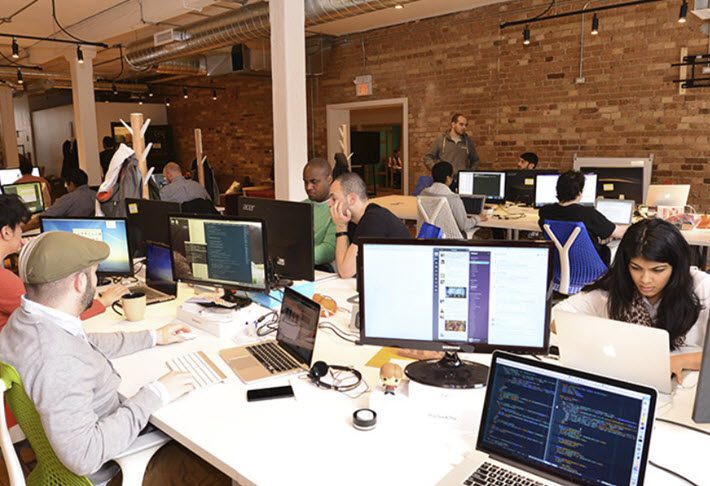 At Wattpad in Toronto. Image from Wattpad.com

Publishing Perspectives: Is fan fiction still as strong an interest as it has been in the past at Wattpad? 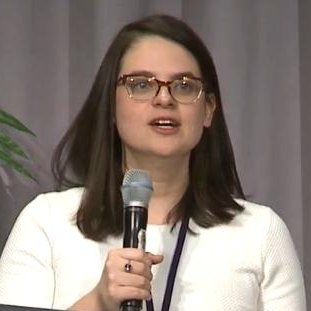 Ashleigh Gardner: Fanfic is still going strong on Wattpad with more than 4.4 million English-language “fics” posted to Wattpad this year. What changes so quickly is what those fanfics are about.

Wattpadders react to real-world events and changes in pop culture as soon they happen. As soon as there’s a new Taylor Swift single, a popular show like Riverdale releases its season finale, or even news events like the US election or natural disasters, our readers are inspired to write about the things that are important in their lives.

What’s unique about Wattpad is that fanfic is treated like any other genre, living alongside other forms of fiction. This makes it more fluid for readers of an original fiction to discover a new fanfic, or inspire a fanfiction writer to start a new story and bring their audience along with them.

PP: Sub-genres tend to be evident in what Wattpadders are reading and writing. For one, I’m told by Wattpad insiders that mermaids are popular at the moment. What would you saw are some such trending motifs, trends, memes, etc., running through a lot of the work right now?

“We’re thrilled to see that #FreetheLGBT is a common tag and movement on Wattpad to get more LGBTQ characters into fiction outside of usual stereotypes.”Ashleigh Gardner

AG: Our data helps us keep our fingers on the pulse of new trends all over the planet. Wattpad writers create worlds with their stories, exploring alternate realities for their favorite pop-culture figures, creating new beings and writing about everything imaginable in between.

This year we’ve seen a number of fascinating trends, including a rise in stories about mermaids, yes, and a spike in horror stories that involve cannibals.

Mythical creatures are always around on Wattpad, from fairies and dragons to shapeshifters. Werewolves are among the most successful of mythical creatures, making up an entire category of content. The average werewolf reader spends more than two hours a day reading werewolf stories to the tune of more than 3 billion total minutes a month.

We also see constant growth of diversity content from minority communities, people of color and LGBTQ readers and writers. Diversity and representation are core values in the Wattpad community, and we’re thrilled to see that #FreetheLGBT is a common tag and movement on Wattpad to get more LGBTQ characters into fiction in prominent positions and outside of usual stereotypes.

In May, we saw more than 14 million read-minutes of stories with the tag. In July, we saw 2,500 new #freetheLGBT uploads, near double the uploads from earlier in the year.

In music, K-Pop is huge and continues to grow, particularly in Southeast Asia and Latin America. This past July, monthly reading time for K-Pop stories exceeded 50 million minutes for the first time. Additionally, pop music figures make up a big part of fanfic: the Top 20 most written about, and most read, fanfic celebrities are all musicians and performers.

Musical groups and stars like One Direction, BTS, 5SOS, Fifth Harmony, Justin Bieber, Arianna Grande, Selena Gomez, and Shawn Mendes are among the most popular. In July alone, the top five subjects of music fanfic were One Direction, BTS, 5SOS, Fifth Harmony, and Justin Bieber, as readers spent 68 million minutes with these stories.

And in Europe, we’ve seen a rise in stories about futbol, particularly Germany, Italy and France. 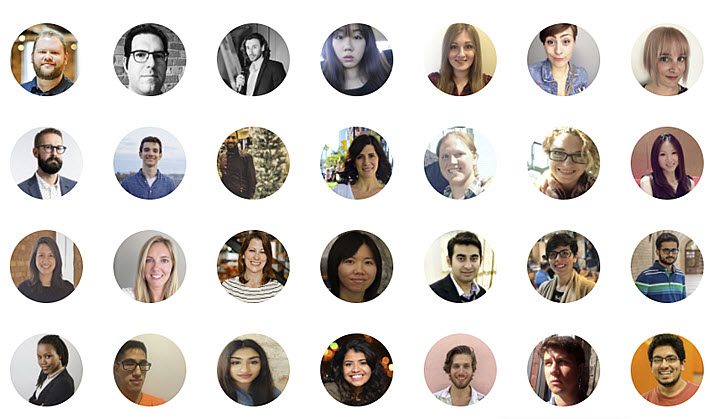 Some of Wattpad’s staffers, as pictured on Wattpad.com

‘An Opportunity To Hear Directly From Readers’

PP: One of the challenges of YA for publishers can involve this thematic trend issue. In the past, for example, they’ve struggled to figure out when vampires would be done or zombies might fade. Do you think it’s possible for Wattpad to serve (or create) a kind of theme/trend/meme barometer for publishers?

“Our demographics are more than 70-percent female, and 80 percent of Wattpad users are millennials or Gen Z.”Ashleigh Gardner

AG: At Wattpad we don’t just look for what stories are trending, we’re constantly looking at broader trends across our entire community.

We can see the popularity of tags as they rise, or a growth in reading time on a particular keyword. We can also see what search terms users are using, and how these terms grow or wane over time.

We know that data is extremely valuable to publishers. And we’re proud to work with publishers all over the world to give them an opportunity to hear directly from readers, offering an unprecedented level of insight that helps them make decisions like never before. 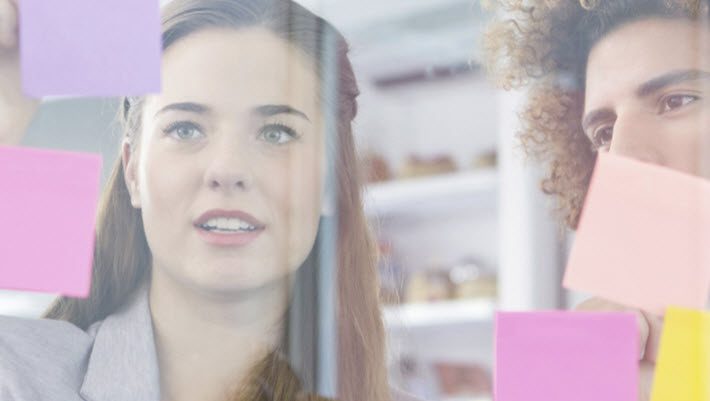 PP: And can you give us any demographic breakdowns of who’s reading on Wattpad? Do we know male vs. female? Age breaks? Top markets?

“Some of our largest global regions include the USA, the Philippines, Indonesia, India, Turkey, and Brazil, reflecting the true global diversity of the Wattpad community.”Ashleigh Gardner

AG: Wattpad is for everyone. With more than 60 million monthly users and more than 2.5 million monthly writers who have published more than 400 million story uploads, we reach people all over the planet with unique content that can’t be found anywhere else. Stories on Wattpad span every genre imaginable, reflecting the creativity, imagination and passion of the global community of Wattpadders.

Wattpad stories are available in more than 50 languages. Our demographics are more than 70-percent female, and 80 percent of Wattpad users are Millennials or Gen Z.

Some of our largest global regions include the USA, the Philippines, Indonesia, India, Turkey, and Brazil, reflecting the true global diversity of the Wattpad community.

We’re also committed to finding new readers and partners throughout Europe, including France, where we’ve seen great success this year. This past summer our partnership with Hachette Romans in France was significant move for us into the country’s traditional book market. That partnership will see Wattpad stories brought to life as books, in print and digital formats, with three titles already selected to be published in France this year.